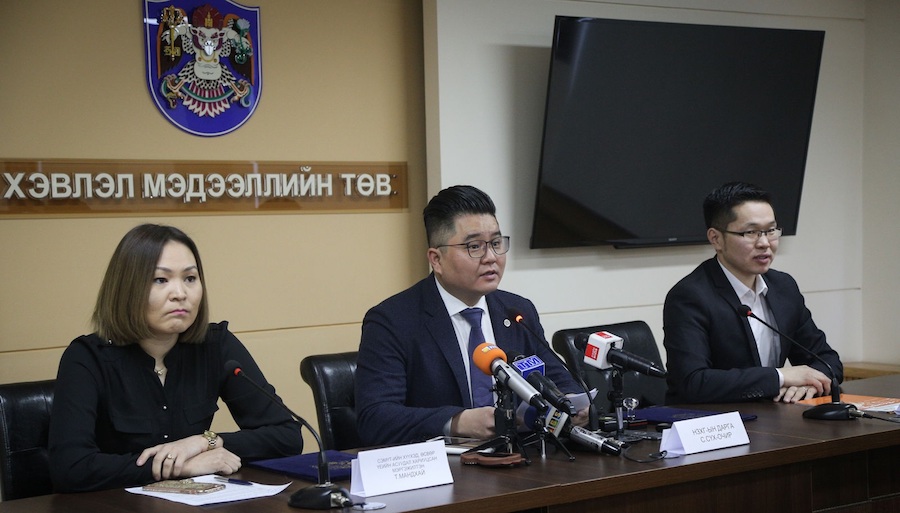 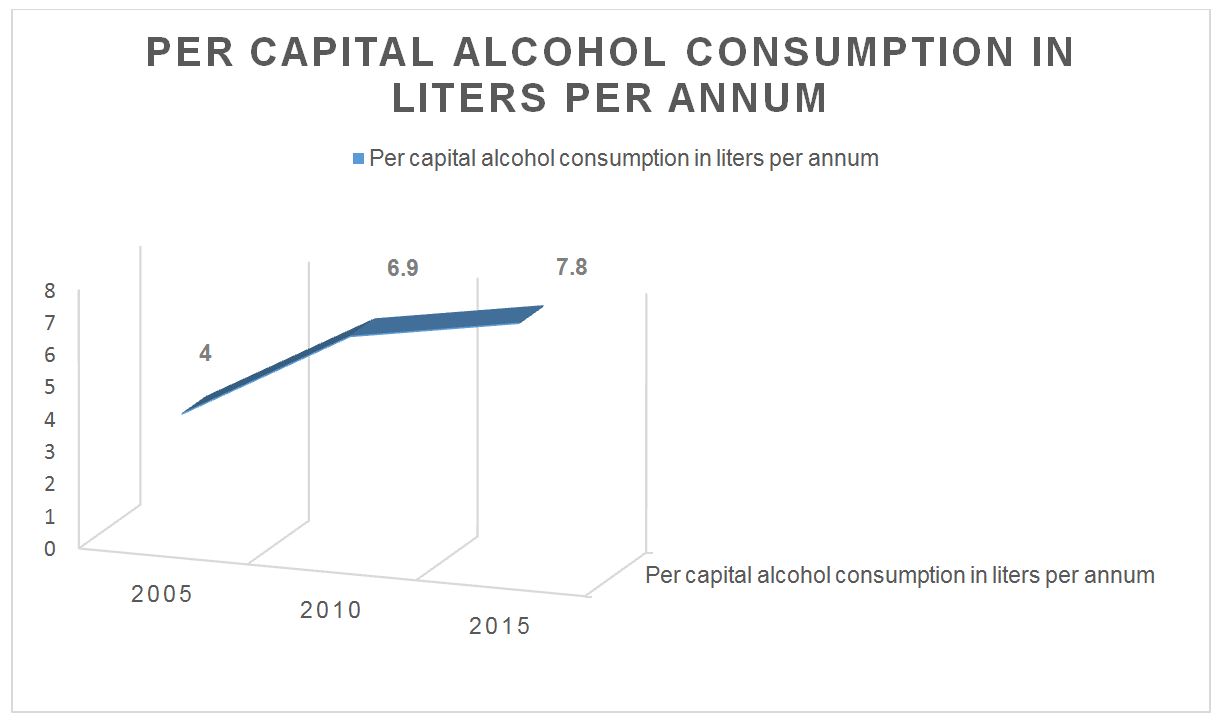 The Youth Development Agency has inked a cooperation agreement with the National Center for Mental Health to launch an advocacy campaign for preventing alcoholism among students and young people. Head of the Youth Development Agency S.Sukh-Ochir stated on February 23, “We organized measures advocating young people to avoid developing harmful habits and raise their awareness about it last year with the National Center for Mental Health. I’m thankful to the center’s administration, associate professors and everyone who took part. By the end of the year, we had involved 3,019 students of 30 schools and universities in Sukhbaatar, Songinokhairkhan, Bayanzurkh, Khan-Uul, Chingeltei and Bayangol districts in our work.”

Per capita alcohol consumption in Mongolia in 2005, 2010 and 2015 (in liters per annum)[/caption] Mental health doctor J.Gantulga and adolescent and teenage care specialist T.Mandkhai underlined that research shows young people are vulnerable to getting influenced and addicted to alcohol, tobacco and drugs and that awareness-raising actions are critical as a preventive measure. For example, a study conducted in 2011 by World Vision and the Association Against Alcoholism and Drug Abuse found that 70.6 percent of young people between the ages of 12 and 17 drink alcoholic beverages. Out of around 7,000 respondents, 45 percent had no clue about the adverse effects of alcohol, tobacco and drugs, while 48 percent had basic knowledge, and merely seven percent had extensive knowledge and understanding about it. Experts recommended government and non-government organizations to cooperate with the press, international organizations and youth agencies on organizing awareness-raising workshops and advocacy campaigns to provide knowledge about health risks and adversities of drinking, smoking and using drugs to the public. Through the new agreement, the National Center for Mental Health and Youth Development Agency plans to organize at least three workshops and commence an advocacy campaign at all districts in the capital this year.
SHARE
Share on Facebook
Tweet on Twitter
Previous article Can code of ethics ‘educate’ lawmakers?
Next article What’s stopping privatization of State Bank?