Almost 30,000 hectares to be available for residential ownership in 2016 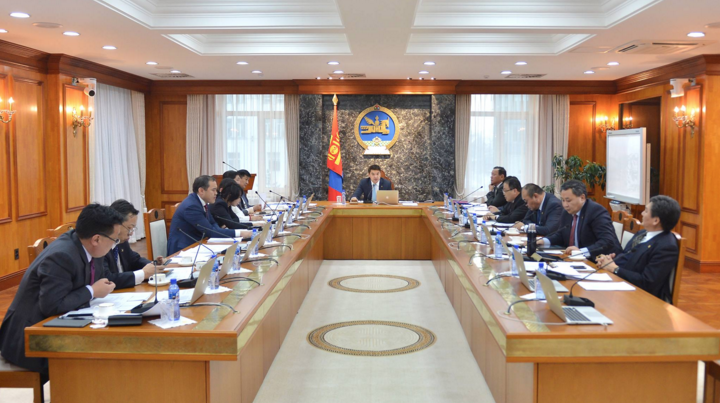 Cabinet meeting takes place[/caption] During the Cabinet’s regular meeting this week, the ministers approved the disbursement of nearly 30,000 hectares of land for private ownership by citizens for residential use in 2016. The specifics of the total hectares, location, and authorized use of the land was approved after Cabinet ministers reviewed a request issued by the Civic Councils of Ulaanbaatar and the provinces. Prime Minister Ch.Saikhanbileg instructed Minister of Construction and Urban Development Z.Bayanselege to monitor the implementation of the resolution to distribute the land. It has been decided that 29,820.97 hectares of land nationwide will be available for residential ownership, and 39.26 hectares will be distributed for agricultural purposes. Some 4.5 percent of the land being allocated for residential  ownership in 2016 is land currently in use, 93 percent of the land is unoccupied, and 2.5 percent of the land is located along paved public roads. Some 6.5 percent of the land to be distributed for agricultural purposes will be used for the cultivation of wheat, 55.1 percent  vegetables, and 38.2 percent is designated for other agriculture purposes. As of December 2015, since the law allowing the distribution of land for private ownership by citizens of Mongolia took effect on May 2003, a total of 446,004 citizens have registered ownership of 47,840.57 hectares of land.
SHARE
Share on Facebook
Tweet on Twitter
Previous article N.ENKHBAYAR: A new Constitution is most beneficial solution
Next article Parliament approves law in a few days and undermines freedom of speech!