ASEP 9 kicks off at the State Palace 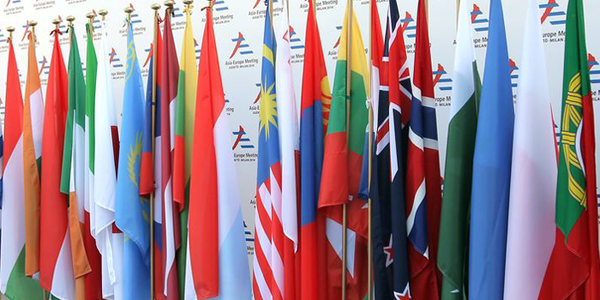 Organized as the part of Asia Europe Meeting (ASEM) Summit, scheduled on July 15 and 16 in Ulaanbaatar, the 9th Asia-Europe Parliamentary Partnership (ASEP9) Meeting is commencing today at the Grand Hall of State Palace of Mongolia, with presence nearly 150 delegates from 32 countries, including Speaker from Indian Lower House, President of Italian Senate, Speaker of Thailand, as well as eight Vice-chairmen from Australia, Italian Chamber of Deputies, Indonesia, Finland, Hungary, Poland, Vietnam, and Spain, as well as observers from foreign and domestic organizations. Z.Enkhbold, Speaker of Mongolian Parliament and the President of the ASEP9 meeting, delivered opening remarks whereas President Ts.Elbegdorj and the President of Senate of the Italian Republic Pietro Grasso, who was the President of the ASEP8 Meeting, are addressing the opening ceremony. Chaired by the Speaker Z.Enkhbold, ASEP9 meeting’s general discussion topic is “ASEP’s role and participation in ASEM”. Two panel discussions are being held as part of the meeting, where Panel Discussion I is being hosted under theme Connectivity and Effective Multilateralism and Panel Discussion II is featuring Partnership for the Future with presentations from the Speakers. As a result of the meeting, ASEP9 Meeting Declaration will be adopted, which later will be introduced during 11th ASEM Summit. Tomorrow, the guests will visit to the “Gobi” cashmere factory, followed by the trip to “Chingis Khuree” tourist camp. They will experience horse riding and archery at the camp. In the evening, Gala concert dedicated to the ASEP9 Meeting participants will be performed at the State Academic Theater of Opera and Ballet. The 9th Asia-Europe Parliamentary Partnership Meeting is part of the overall Asia-Europe partnership process. It serves as a forum for inter-parliamentary contacts, exchanges and diplomacy among parliaments, and to promote mutual understanding among the people and countries of Asia and Europe. ASEP meetings shall normally be convened on a regular bi-annual basis alternately in Asia and in Europe before the ASEM Summit, biennial meeting between the Heads of State and Government, the President of the European Council, the President of the European Commission, and the Secretary-General of the Association of Southeast Asian Nations (ASEAN).
SHARE
Share on Facebook
Tweet on Twitter
Previous article Can code of ethics ‘educate’ lawmakers?
Next article What’s stopping privatization of State Bank?