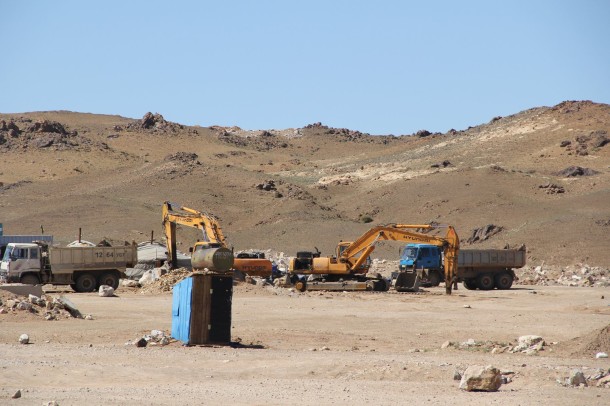 Last week, the Asia Foundation and Ministry of Mining reported that they have initiated a key element of the Asia Foundation’s Frugal Rehabilitation Methodology (FRM) project with the launch of the Engaging Stakeholders in Environmental Conservation – II project (ESEC II). Asia Foundation reported that the FRM has been specifically developed for the rehabilitation of lands degraded by artisanal and small-scale mining (ASM). The event brought together over 150 participants representing a diverse range of stakeholders, both international and local, including officials from central and local governments, local environmental inspectors, ASM NGOs, and international organizations. The project has received financial support from the Swiss Agency for Development and Cooperation (SDC). Asia Foundation believes that the launch of ESEC II is an important opportunity to profile the importance of FRM, a methodology that the project’s initiators believe allows rehabilitation to be achieved in an economically affordable, socially acceptable, and ecologically viable way. The FRM is a document that has emerged as a result of ESEC II’s collaborative efforts to implement Frugal Rehabilitation Demonstration (FRD) projects across 17 locations within nine provinces. They underlined that ESEC II is designed to help ASM NGOs demonstrate their environmental responsibility through best practices and by providing support to the formalization process within the ASM sub-sector by improving such ASM NGOs’ license to operate through encouraging and guiding positive engagement with stakeholders on social and environmental responsibility. Project Manager for ESEC II Jonathan Stacey said, “Through sustained collaboration with national and local government, and through the committed efforts of formalized ASMs across the country, the Frugal Rehabilitation Methodology is a tool that has evolved through practical demonstration.” “From the positive results we have seen, we know it works – it is affordable, local communities have welcomed its results, and the positive recovery seen at demonstration sites indicates that it is ecologically viable,” Stacey said.
SHARE
Share on Facebook
Tweet on Twitter
Previous article Assessment of gender equality in the artisanal and small-scale mining sector
Next article The Opportunity to Join the Tomujin team has become available!