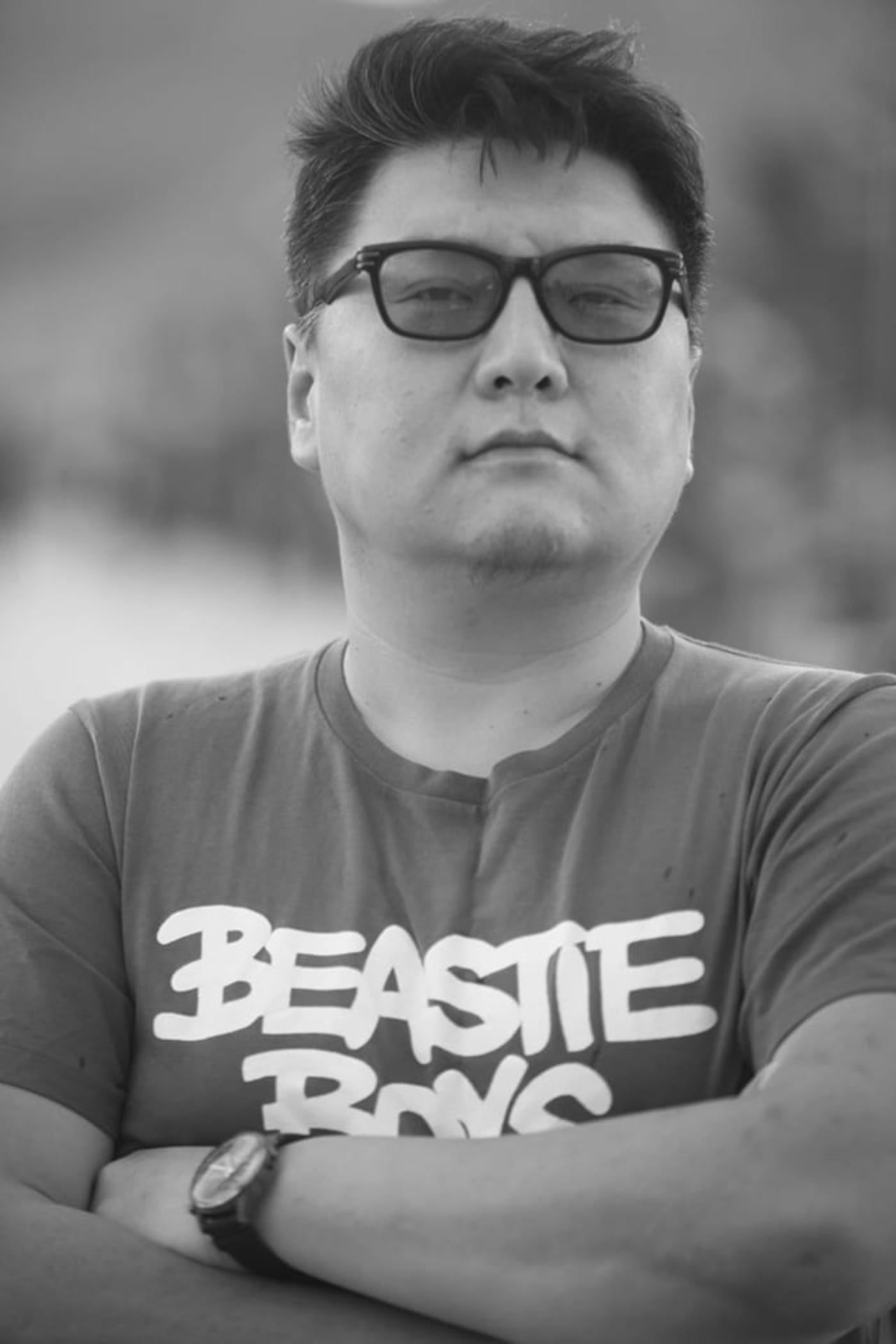 The Mongolian theater world took an innovative step as director M.Batbold prepares to stage the postdramatic play “Faust”. When it was first staged in Mongolia in 2018, satire humor and usage of technological advances was shocking to the audience, yet they loved it, even though the traditional theater experts of Mongolia were “disgusted” by it. M.Batbold recently established his Alpha Theater and is preparing to restage the play on September 17. The following interview will explore how the director envisions the Mongolian performing arts field.

How did Alpha Theater happen? When did you plan to start it?

The idea of establishing a theater came a year ago and it recently got actualized. Every director has a dream to establishing their own individual director’s theater with their own style that shows his own thoughts and philosophy. I graduated GITIS in 2018 under famous Russian directors Sergey Vasilyevich Zhenovach and Yury Nikolaevich Butusov. “Faust”was my diploma project, as well as my first individual feature play based on Johann Wolfgang von Goethe’s play with the same name.

At the time I wasn’t sure whether people would understand my play since it had so much directorial elements from postdramatic theater and it was very different compared to what we are used to watching. Honestly, I was planning to just record the play and close it. Unexpectedly, I witnessed a long standing ovation from the audience as they enjoyed it so much. I even saw people’s eyes were changed, like they experienced something new.

That gave me an inspiration to restage “Faust”. In 2019, with cooperation of NTV and Orange Entertainment, “Faust” was restaged for the second time in Corporate Hotel and Convention Center and the play saw full audience, again. That experience kind of forced me to establish a whole new theater because the need was there. Mongolia really needed modern theater as the mindset of Mongolians was ready for this kind of art. I approached T.Ganbold with the idea and he agreed to support it with all means. We also agreed that Alpha Theater’s first play must be “Faust” and took progressive action since people are demanding it.

What is the 2020 version of “Faust” going to be different than the previous years’?

The play will have new arrangements and directorial changes for sure. One can say that the play improved and evolved to passage of time. Also, actor Barkhuu joined “Faust” to play Mephistopheles, the antagonist. The biggest improvement is that the play will have synchronous translation this time for expats. We considered the situation for expats in Mongolia as can’t enjoy theatrical performances due to the language barrier. Even someone who speaks or understands the Mongolian language will have a hard time understanding plays in other theaters since local and translated plays have its own intonation of language. We also set the date for next “Faust” in July 1, 2021 which will be performed live in English. The crew is planning to improve their English skills for the upcoming play. I think it will also be a new thing in Mongolia. I see it as an opportunity to show tourists and expatriates how Mongolian theaters have developed. Tourists always experience folk art and go to the countryside. Then they go home with one stereotypical view of Mongolia. I’m kind of sensitive of this matter. Why can’t we show modern theater performance to tourists from countries with rich theater history, right? Firstly, it seemed impossible for me, but now this is so close to become a reality. We are looking forward that people from embassies will come to enjoy the play and we are preparing dedicated devices and system of translation.

What is the name Alpha symbolizing?

Alpha is the first of letter of the Greek alphabet. It symbolizes the beginning of everything, the beginning of enlightenment. Also, the lowercase alpha symbol shows the “start of infinity”. Alpha Theater is supposed to be the pioneer of a new theatrical style in Mongolia.

You are son of People’s Actor G.Myagmarnaran. How did your father influence you to become a theater director?

I was raised in an old apartment in Khoroolol area with my parents. As I remember, my father was always a theatrical actor. When he came home from work, the energy and excitement that he collected from the theater was visible to me. That energy infected me and as a child and I started to dream of becoming an element of theater. I am addicted to the energy that comes from actors when I visit my father to watch him rehearse and joke around with fellow actors. That energy was abnormally cheerful, abnormally true and abnormally pure. Then, for some reason, I enrolled at the National University of Medical Sciences. As I expected, the addiction to that energy was still there and I couldn’t get that energy from the people from the school I went to. I even graduated from the school and I was missing that feeling of being around actors. At some point I realized that one should do what they desire most.

When did you decided to become a director? How did that happen?

Becoming a psychiatrist was one of first steps to becoming a director. Being a director and being a psychiatrist is kind of similar. Psychiatrists help people make their mind in right order just like how directors correct every step of a play. I noticed the connection between these two professions and decided to become a director. Also, I realized that I have to study abroad to be a good director. So I enrolled to the Mongolian National University of Arts and Culture (MNUAC) when I was 26 years old. I studied under Merited Cultural Figure N.Gankhuyag for two years and was preparing for GITIS exam. At the time, I was the oldest student in my class, perhaps oldest in the school. It was hard for me to act and treat my classmates like we were the same age when I'm obviously older than them. But my teacher told me that it must be that way to be in acommunity, no matter how old or how educated you are. That two years was kind of a sacrifice to go to GITIS.

What’s the difference between studying in Russia and Mongolia?

I studied at GITIS for five years and graduated. I would say that there is a huge difference between GITIS and MNUAC. GITIS is an international school that directors study in. The system there is different to Mongolia’s. There is no chance for Mongolian universities to educate someone as a director. It is impossible. Teaching someone to become a director is the hardest thing. To teach them, you have to be a real director. In my opinion, there is no one to teach directing in Mongolia. One can learn directing based on their experience, but it will take at least 30 years.

What exactly is postdramatic theater?

The postdramatic theater is, in fact, just a new age of theater development. The theater develops just like how cell phones are developing. It actually is drama theater with “post” before it. At the time when Shakespeare debuted, his theater and his method was post. The theater is form of art which shows human’s life through human’s body to humans. So, human’s mentality and mindset are huge materials for the theater. Psychology barely studied about 10 or 15 percent of the human mind and behavior, and it will continue infinitely. Psychologists are finding facts just like how archaeologists find things from the soil. Due to changes and evolution of the human mind, the literature evolves. Literature is the father of theater. World class theaters are heading toward new styles while following the literature evolution.The term postdrama was coined by German theater scholar Hans-Thiess Lehmann in the 60s. People assume that it is weird and not understandable when they hear the word “post”. That is an unprofessional thought. Simply, postdramatic theater must be interesting, different and weird, but it ultimately must be understandable. People mistake postdramatic theater for post-modern theater. It is a whole different thing. The postdramatic theater is just theater of the present time that collected many elements inherited by previous styles and philosophies like romanticism, classicism and realism.

Where is the Mongolian theater development at compared to world theaters?

I would say that Mongolia is 50 years behind when it comes to theatrical development and I'm not talking about technological advancements. It is about the mindset of theaters. People talk about how Mongolian theater should be Mongolian and seek to create our own theater methods. However, that is impossible since Mongolia is still not on the same level with other countries with rich history of theater, like German, Russia, the USA and England. Firstly, we have to reach their level and then we can invent our new methods and that is the rule. I’m not saying that we should abandon our own culture but those countries are trend setters and dominating the theater world. Obviously, we can’t completely copy them and we can add traditional or social elements to plays.

Your father is one of the main actors in “Faust”. What was it like  to work with your father, not as a son, but as director and actor?

At first, it was very hard for me. People may think that it must be nice to work with your father, but it isn’t nice. I call him by his role name, Old Faust, while rehearsing. We had to be professional and step back from our personal life. Thanks to my father’s experience, he helped me overcome this problem and demonstrated how to be professional at a workplace. I sometime call him jokingly “brother Miigaa”. Now that difficulty is completely gone and we overcame it together.

What is Alpha Theater planning after “Faust”?

In November, a play by Marius von Mayenburg will be staged. In early 2021, Alpha Theater will play “Love, Love, Love” by Mike Bartlett and Turandot by Carlo Gozzi. As I mentioned before, in July 2021, “Faust” will be staged for tourists. All the plays will be postdramatic.