A total of 606 candidates of 13 parties and four coalitions participated in the parliamentary elections in June. In accordance with the Law on Parliamentary Elections, the Mongolian National Audit Office (MNAO) announced the report of candidates’ election expenditure and donations from citizens last Friday.

In addition, the MNAO detected the violations of donation of 51 million MNT in excess of the legal amount, not signing a contract to receive 500,000 MNT in non-cash donations, not spending 200,000 MNT as intended, and spending 409.1 million MNT from “illegal” donations.

In accordance with the law, a director of a bank or branch manager must submit a statement of all transactions of candidates to the MNAO by July 24. However, the election accounts of two candidates were not submitted by Khan Bank and Credit Bank.

The MNAO recommended that the Ministry of Finance, Mongol Bank and the Mongolian Taxation Administration hold accountable candidates who violated the relevant provisions of the Law on Parliamentary Elections in accordance with Article 17.1 of the Law on Infringements of Mongolia.

The political party and coalition expense audit reports is expected to be announced on October 7. 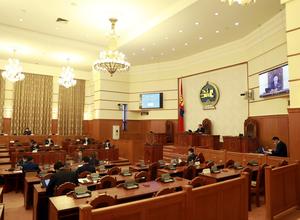