Citizens always complain that there is no practical mechanism for setting and institutionalizing high standards of ethical conduct, integrity and good governance for elected officials and civil servants. Creating an “ethical culture” that supports professional responsibility, self-discipline, and the rule of law in the civil service will be a major incentive to preventing corruption and official misconduct.

In this direction, lawmakers J.Munkhbat, B.Bat-Erdene, B.Bayarsaikhan and Yo.Baatarbileg have initiated and submitted a draft bill on the ethics of civil servants to Parliament for the first time. However, all of these members are not “qualified” to develop the Code of Conduct.

J.Munkhbat, for instance, was involved in a case of domestic violence, while Chairman of the Standing Committee on Ethics and Discipline B.Bat-Erdene is still unable to “discipline” lawmakers or impose appropriate disciplinary sanctions on them. Moreover, Yo.Baatarbileg was involved in a corruption case and the prosecutor general proposed the court suspends his parliamentary immunity. However, he slipped out and was not held accountable. It’s hard to imagine that these people who look so morally “flawed” and whose reputation has been tarnished could draft a decent bill on ethics.

Apparently, the draft law regulates the ethical issues of civil servants in a unified manner, establishes common norms and requirements to be observed by all civil servants, and types of violations and penalties. Japan, South Korea and Taiwan have separate laws governing the conduct of public servants, but it is doubtful whether the bill will be effective for both civil servants and public officials who do not often follow the existing rules.

Anyway, it is recommended that the Code of Ethics for the president, speaker and members of Parliament, prime minister, Cabinet members, members of the Constitutional Court, judges of all levels, prosecutors and representatives of local councils be regulated by current laws. In particular, parliamentarians say that the Code of Ethics for civil servants other than judges and prosecutors was not specific or too general, and believe that existing laws and regulations should be amended and improved. In other words, the bill does not address the ethical issues of these officials.

In fact, the Civil Service Law established the Code of Ethics and disciplinary responsibility for civil servants, but there are currently no specific rules for some officials, including the president, premier, ministers, governors, and deputies. Meanwhile, the Code of Conduct for members of the Constitutional Court, judges, prosecutors, armed forces, border and internal troops, police, and customs is reflected in sectoral laws and regulations. However, the procedures for accountability vary. Therefore, the law implementation is criticized as “insufficient” and “non-compliant”.

It is no secret that even members of Parliament act as if there are no rules. In addition, the Code of Conduct of State Administration Employees was approved by Government Resolution No. 33 of 2019. Thus, there are many laws and regulations on the ethics of civil servants. However, ethics, accountability and reputation of the civil service continue to weaken.

Moreover, in accordance with the law, the highest governing body, Parliament and the Office of the President, as well as ministries and government agencies, must establish an Ethical Council to monitor its employees. According to bill initiator B.Bat-Erdene, a total of 558 state and local administrative organizations, 213 special government organizations, 417 public service organizations and six state-owned enterprises have established such councils. In 2020, 1,422 civil servants reportedly committed ethical violations. The 2020 Report by the Ethics Council states that the functions of members of ethics councils and the coordination of activities such as reviewing and resolving violations are insufficient. This means that even these consuls are not able to completely perform their duties.

The bill provides for the establishment of an Ethics Committee under the Civil Service Council, which will be responsible for monitoring the ethics of civil servants, providing unified methodology and guidance, and reviewing and resolving conflicts. It states that the committee’s composition, requirements, appointment and working procedures will be approved by Parliament.

Under the draft law, the Ethics Committee is responsible for resolving ethical complaints against the head of the President’s Office, advisors, deputy ministers, governors, and other public officials. Meanwhile, complaints and information related to the ethics of members of the committee will be reviewed by the Parliamentary Standing Committee on Ethics and Discipline, and if necessary, their comments and conclusions will be presented to Parliament. In doing so, the Ethics Committee is required to submit a report on the overall results and status of public officials’ misconduct to the Standing Committee on Ethics and Discipline for annual review.

According to last year’s report by the Civil Service Council, 196 officials did not perform their duties to a satisfactory level, 37 were caught drunk at work, 48 did not fulfill their assignments, 163 made a communications error, and 108 violated laws, rules and regulations. As a result, 465 officials were reprimanded, 131 were required to submit a letter of apology, and 17 were subjected to other sanctions in accordance with applicable law.

However, the current Code of Conduct for Public Administration Employees provides for only two disciplinary measures: an apology and a warning. Therefore, bill initiators say that the bill on ethics of civil servants needs to clarify penalties in detail.

The draft Law on Ethics of Civil Servants, for instance, includes the following measures of responsibility.

In general, the modern Code of Ethics for civil service set out broad high-level principles such as integrity, accountability, responsibility and trustworthiness. Although these are included in the draft law to some extent, legislators hardly paid attention to how these principles are to be applied in specific circumstances.

By contrast, codes of conduct usually set out specific standards of conduct expected in a range of realistic circumstances, representing a particular organization’s preferred or required interpretation of the core values or principles which are seen as important to its work.

According to international examples, most modern civil service ethics laws and codes of ethics for civil servants and public officials endorse several basic sets of principles. In particular, servants and public officials are expected to maintain and strengthen the public’s trust and confidence in government by demonstrating the highest standards of professional competence, efficiency and effectiveness, upholding the Constitution and the laws and seeking to advance the public good at all times.

Secondly, they must use their powers and resources for the public good under government policy. They should be liable for the decisions they make and prepared to justify their actions. Civil servants and public officials also need to make decisions and act solely in the public interest, without consideration of their private interests. Public employment being a public trust, the improper use of a public service position for private advantage is regarded as a serious breach of duty.

Thirdly, they are required to administer the laws and exercise administrative power on behalf of the government, Parliament, or other bodies of authority. That power and authority should be exercised legitimately, impartially, and without fear or favor, for its proper public purpose as determined by Parliament or their employer.

Moreover, civil servants should make decisions and act in a fair and equitable manner, without bias or prejudice, taking into account only the merits of the matter and respecting the rights of affected citizens. They are also required to obtain the best value for public assets deployed in or through public management and avoid inefficient spending, extravagance in expenditure and the use of public assets.

Officials should perform their duties properly. Therefore, the draft law should be improved and detailed regulations must be based on expert advice. In specific, besides legal regulations, experts and researchers note that attention is needed to systemic threats that could weaken adherence to core public sector ethics values, commitment to good governance, and preparation of the necessary political and management responses.

They also recommend the following strategies:

◉ Ethics audits to identify risks to the integrity of the most important processes (for example financial management, tendering, recruitment and promotion, dismissal and discipline)

◉  Training and development in the content and rationale of Ethics Codes, the application of ethical management principles, the proper use of official power, and the requirements of professional responsibility 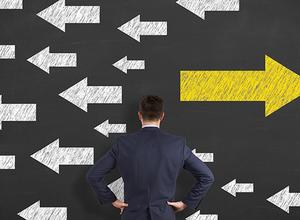 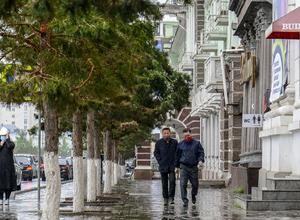 Why don’t people use an umbrella?