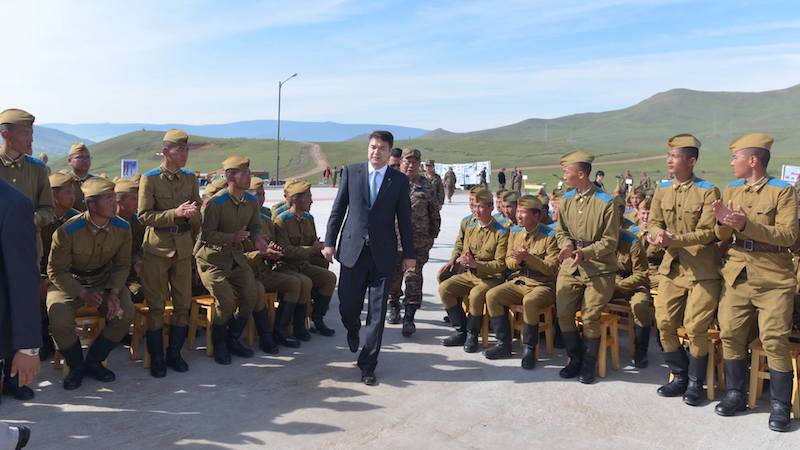 The launch ceremony for Professional Military Training 2016, organized under the government’s Student Soldier program, was held in the presence of Prime Minister Ch.Saikhanbileg on Saturday, at the Training Center of the Defense University. Over 1,500 students were involved in the program in 2014 and 2015. This year, the Cabinet decided to involve 1,000 students in the Student Soldier program. Prime Minister Ch.Saikhanbileg underlined that in addition to Ulaanbaatar, this year’s program will be implemented in Khovd, Dornod and Govisumber provinces. The Prime Minister said that the legal regulations for the program were improved this year. Ch.Saikhanbileg noted that under the Law on Military Service, male students of universities and vocational training centers can voluntarily enroll in the program and perform their mandatory military service. The Prime Minister also said that he believes that supporting the program in the future will help young men serve their country, increase the number of soldiers, and promote activities of the military to the public.
SHARE
Share on Facebook
Tweet on Twitter
Previous article Election registration for citizens living abroad to commence tomorrow
Next article Bill on customs duty exemption submitted