On May 20, President Kh.Battulga issued a decree to relieve Kh.Batsuren of his post as chief justice of the Supreme Court of Mongolia based on his request to resign.

In accordance with the Law on Legal Status of Judges, the chief justice of the Supreme Court of Mongolia is appointed for a term of six years. However, Kh.Batsuren served as chief justice for only one year.

The president highlighted that Kh.Batsuren's departure from office was based on his own request. The specific reason for the resignation was not disclosed.

Kh.Batsuren graduated from the Academy under Soviet Union’s Ministry of Internal Affairs in 1989. He has served as a judge for 16 years. 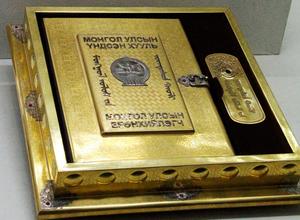