The ninth edition of Coal Mongolia launched on September 4 at Shangri-La Hotel, Ulaanbaatar under the motto “Lead the market”.

The two-day conference aims to attract investment to the Mongolian coal industry, introduce new technologies, improve coal export, trade, transportation and logistics, as well as strengthen the competitiveness of Mongolian coal in the Asian market. Since 2011, the event has been providing mining companies, investors and other stakeholders opportunities to meet leaders of the industry, get insights into the coal market and price forecast from international researchers, expand business, acquire information about advanced technology, and get informed about industry policy, planning updates and new projects.

In his opening remarks, Minister of Mining and Heavy Industry D.Sumiyabazar emphasized the need to build a coal preparation plant and coal-to-liquid plant in order to produce value-added products and efficiently advance the coal industry.

“The ministry will develop responsible and eco-friendly mining consistently with Mongolian legislation, cooperate with regions, and support mining production that is increasing jobs through policy,” the minister said before warning that the ministry will “strictly fight against” illegal mining and other relevant violations.

The first day opened with the Forum on Mongolia-China Coal Industry and Business with CEO of the Mongolian Coal Association J.Zoljargal and President of the China Coal Transportation and Distribution Association Yang Xianfeng. The first session focused on the current situation and forecast for the Mongolian coal sector, while the second and third sessions delve into market analysis and relations between regions – Umnugovi and Bayannuur provinces. This is the first time regional development has been covered at the largest coal trade and investment conference held in Mongolia.

During the event, Head of the Minerals and Petroleum Authority Kh.Kherlen gave a presentation on the current situation of the Mongolian coal industry. She reported that out of 141 licenses the authority revoked this year, 56 were mining licenses. Mongolian mining companies are striving to better compete with Russian coals exported to China and develop the local coal production and transportation infrastructure with a 22.4 billion USD investment through 2025. With the upgrade, Mongolia’s annual coal production is estimated to double to 550 million to 670 million tons, according to Kh.Kherlen.

Other noteworthy presentation for the first day were “Target Market for Mongolian Coking Coal” by Executive Director of Energy Resources G.Battsengel, “How much is a day worth?” by Executive Director of Wagner Asia Equipment LLC Kelvin Andrew Kaukinen, “Mongolia’s next new product on the coal market” by CEO of Aspire Mining Limited LLC Z.Gan-Ochir.

Mongolia plans to export 43 million coals to China this year and in the first seven months of the year, supplied around 20 million tons. This demonstrates a 0.42 percent growth in coal exports compared to the same period of last year. 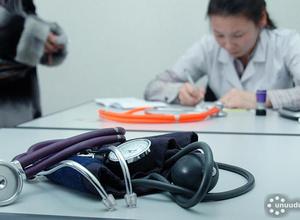