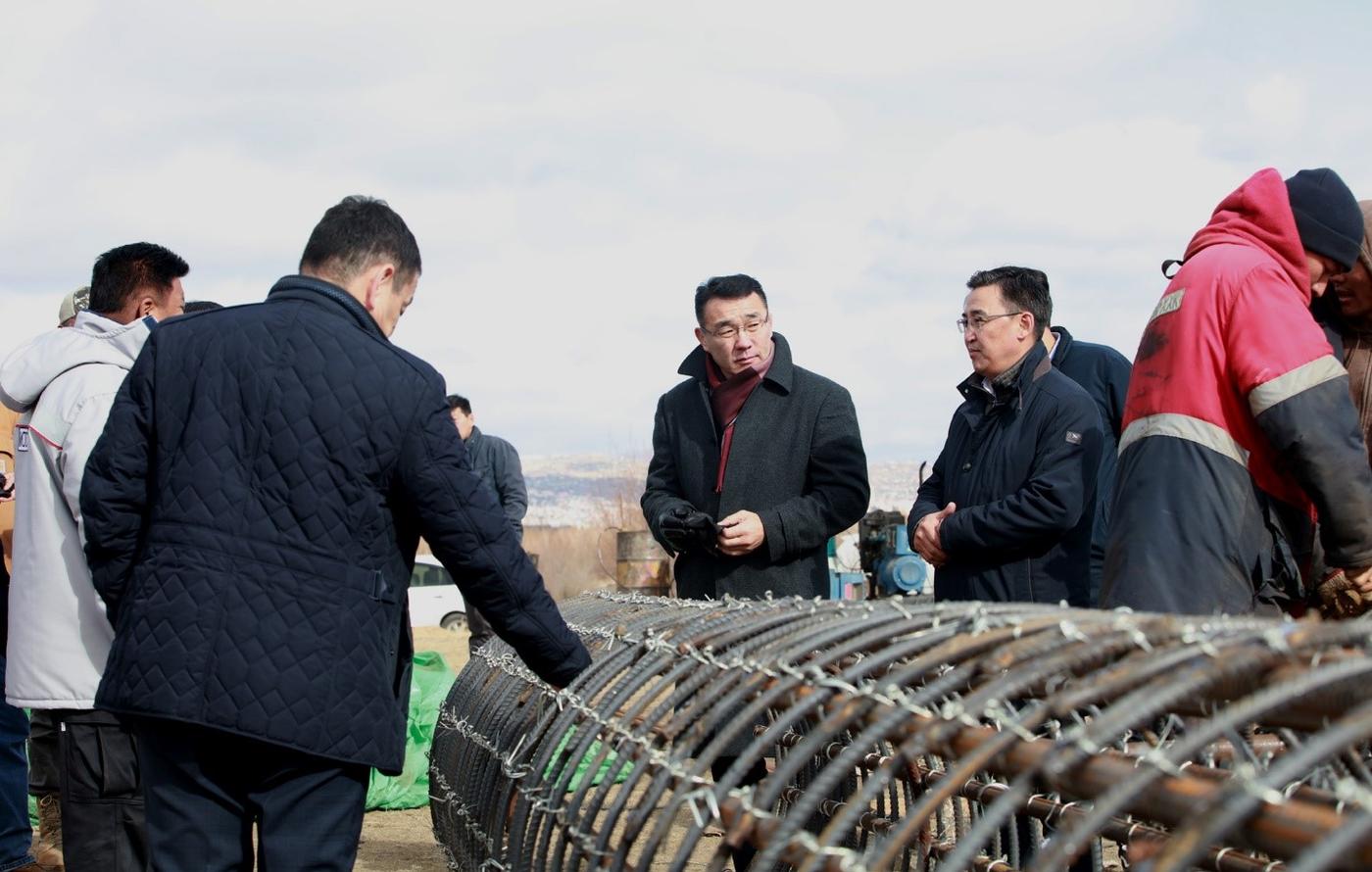 Mayor of Ulaanbaatar D.Sumiyabazar along with other officials worked in the locations in the city where some construction and landscaping projects are being implemented.

The mayor got acquainted with the work progress of a new pedestrian overpass of the Olympic Bridge, the extension and renovation of the Zaisan Bridge and the construction of a new road from Naadamchdyn Road to Peace Avenue (from Yarmag Road to 1st khoroolol Road0, and heard the opinions of the contractor.

The Olympic Bridge construction is 98 percent complete. The pedestrian surface of the bridge is non-slip and has rest areas for people in wheelchairs every 15 meters.

Mayor D.Sumiyabazar said, “During the extended meeting on May 19, 2021, for the first time, the government of Mongolia discussed the pressing issues of Ulaanbaatar and made the decision to annually allocate 420 billion MNT to solve traffic congestion. The main measures to reduce traffic congestion are being carried out within the framework of a total of 36 sets of issues. One of the facing issues is the traffic congestion around the Yarmag area. The most important factor in reducing traffic congestion in Yarmag by up to 50 percent is the longest bridge structure in Ulaanbaatar, which is 480 meters long.”

He continued, “Motor Service LLC has started the construction work without taking an advance. As the mayor of Ulaanbaatar, I am thankful that the private sector is contributing to the development of the city. During economic difficulties, we are cooperating with national enterprises to deliver this development on time. With the completion of this bridge, Yarmag’s main road will have a two-level intersection and will merge with the highway. Experts have estimated that the traffic congestion around Yarmag will be reduced by up to 50 percent after the completion of the work.”

“Additionally, it is necessary to become a digital city. In this regard, works will be carried out by registering vehicles and control by introducing RFID, vehicle sensors and camera recording. National enterprises are contributing to the development of the capital. Thus, we are supporting national enterprises.”

NEW ZAISAN BRIDGE FOUNDATION TO BE COMPLETED THIS YEAR

Director of the project contractor ZMZ LLC D.Ganbaatar gave information about the progress of the Zaisan bridge expansion. He said, “As part of the expansion and renovation of the Zaisan Bridge, works including bridge foundations, pillars and stretchers will be carried out this fall. The new bridge is a steel cable-stayed reinforced concrete bridge with three sets of 36 cables.”

Experts have estimated that traffic congestion around Yarmag will be reduced by up to 50 percent after the new road from Naadamchdyn road to Peace Avenue is put into operation. The contractor emphasized that the foundation and structural works of the new bridge are progressing rapidly.

Director of Motor Service LLC D.Dorjbat noted, “The contract was signed on May 20 and the construction work started on September 5. The pier, foundation and drilling of the first bridge have been completed. Work on the remaining two bridges is also progressing at a high rate. We are working on a plan to complete the foundation and structure work this year. During the construction process, there are difficulties such as the problem of materials and the high price of cement. The bridge section will be completed in 2023 and work of the entire road will continue in stages.”