Czech and Mongolia takes economic partnership to next level

On September 30, President of Czech Senate Jaroslav Kubera paid an official visit to Mongolia by invitation of Parliament Speaker G.Zandanshatar. The visit emphasizes on opportunities of increased business relations for the Czech Republic and Mongolia.

The parties explored opportunities for expanding bilateral partnership, and in his opening statement Speaker G.Zandanshatar said the visit will serve as a substantial “push” towards bolstering Czech-Mongolian historically friendly diplomatic relations, in addition to exploring partnership opportunities in the economy, trade, agriculture, health and energy sectors.

Kubera has been serving as Czech Republic’s president of of the Senate since November 2018.

The two countries began diplomatic relations in April 1950, and they have consistently made efforts for expanding and exploring new opportunities to forge partnership, and have thus far maintained friendly relations with no serious obstacles. G.Zandanshatar said the Czech Republic has always held an important position in Mongolian foreign relations, and is a “special partner country” for Mongolia.

Since the 1990s, the Czech Republic has implemented numerous successful projects, resulting in substantial contribution to the fledgling democracy’s growth. One of the more well-known projects is the reintroduction of wild horses, or takhi, to their native territories, noted the Parliament speaker. He explained that there are many possible venues of cooperation available for the two countries, considering Mongolia’s vast mineral and natural resources combined with Czech industry and technology.

After the official receiving ceremony attended by Jaroslav Kubera and G.Zandanshatar and their spouses, the Czech Senate president paid a tributary visit to Mongolian President Kh.Battulga. The president and the Senate president agreed that despite nearly 70 years of diplomatic relations, the C

zech Republic and Mongolia’s economic partnership is not extensive. They concluded Czech Republic’s days of exporting raw, unprocessed goods are now over, it is now Mongolia’s turn to industrialize its economy through in part agreements that benefit both Mongolia and the Czech Republic.

During his visit on October 1, Jaroslav Kubera took part in the Czech-Mongolian business forum held in the Mongolian National Chamber of Commerce and Industry, and toured Ulaanbaatar’s new airport in Khushig Valley. 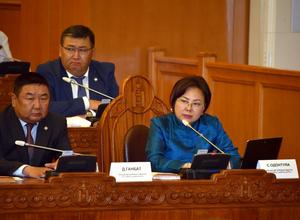 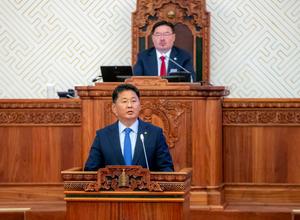 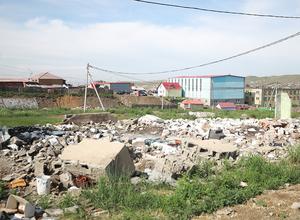 Selbe and Bayankhoshuu sub-centers under construction