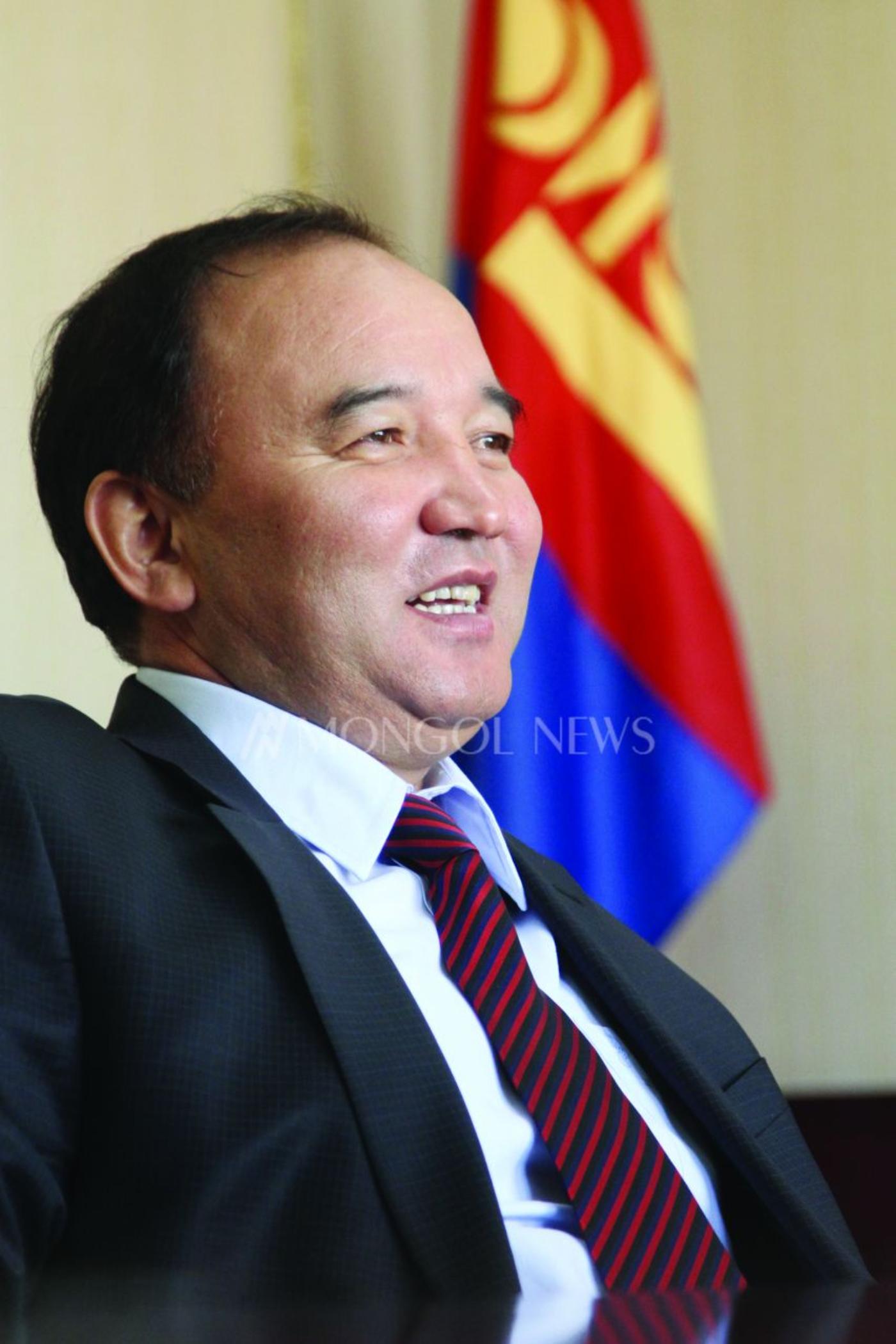 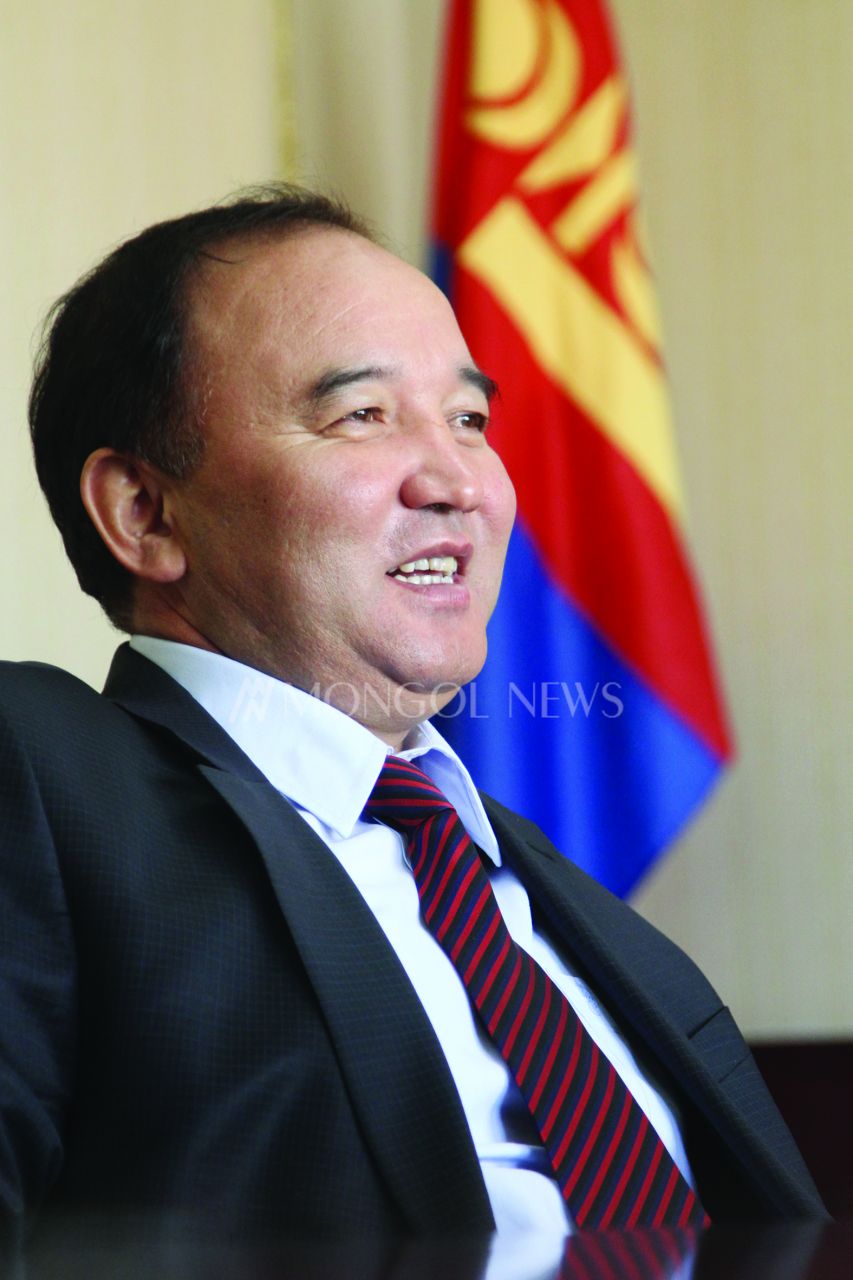 Exactly three months are left until the Rio 2016 Summer Olympics. Director of the Development Center of Physical Education and Sports D.Jargalsaikhan has been interviewed about the progress of preparation work for the upcoming Summer Olympics, set to take place in Rio de Janeiro, Brazil from August 5 to 21. Are the Mongolian national team athletes ready for the Rio 2016 Olympics? How many Olympic qualifications have they acquired? Members of the Mongolian national teams were changed and new teams were established after the London 2012 Summer Olympics. That’s when we started preparing for the next Olympics. Now is the deciding moment for athletes. Whether they can win an Olympic quota or not will be decided by their performance in remaining competitions. Mongolian athletes are ready to “fight” at the Olympic stadium. Currently, Mongolian athletes have earned 19 Olympic quotas from six sports category. Specifically, nine qualifications from freestyle wrestling, four from boxing, three from shooting, and one each from archery, taekwondo and weightlifting. Judokas, on the other hand, are still collecting points for Olympics quotas. Since judo competitions haven’t finished, the International Judo Federation and International Olympic Committee will announce qualified judokas in June. So the 19 quotas we have now doesn’t include judo qualifications. Just recently, the Mongolian Judo Federation (MJF) announced the names of judokas that will compete in the upcoming Olympics. Was their announcement unofficial? The MJF named athletes that will represent Mongolia in each weight category, but this doesn’t mean that they will immediately get an Olympic quota. The announcement was made to clarify which athletes will compete for a quota. Judo has 14 weight categories. It’s still unclear how many quotas from which weight categories Mongolian judokas can earn. Of course, we do have a rough idea of how many Mongolian judokas will be qualified to compete in the Rio Olympics. As for athletics, four Mongolian runners and two swimmers were qualified for Olympic marathons and swimming. The names of the athletes will be announced in July. There’s still more qualifications to earn from judo, freestyle wrestling, archery, boxing and athletics. The Development Center of Physical Education and Sports’ target is to get 33 to 35 athletes to participate in the Summer Olympics. In the past, Mongolia earned 28 quotas for the Beijing 2008 Olympics and 29 quotas for the London 2012 Olympics. Earning Olympic qualification isn't easy. This can be proven by the fact that Mongolia’s total quota number only increased by one in the previous Olympic four-year cycle from 2008 to 2012. We often hear people talking about developing all sports categories, not just the main Olympic games. This time, has Mongolia been qualified for a new sports category?  Mongolian athletes were qualified for taekwondo and weightlifting for the first time this year. I’m very happy that we were able to see results from all the effort and investment into the Mongolian national taekwondo team, established in late 2012 when national teams were renewed, in just four years. I feel proud because renewing national teams was something MP Ts.Oyungerel and I came up with while working at the (former) Ministry of Culture, Sports and Tourism. The Mongolian national team has only one legionnaire coach and he’s a former Korean taekwondo champion. The national team officially started giving him salary just recently. He is an excellent coach who trained Mongolian taekwondo athletes and made one of them qualify for the Olympics. We were able to attain many quotas thanks to comprehensive planning, good cooperation and government support. The number of qualification is an important indicator for the sports sector.

The Development Center of Physical Education and Sports’ target is to get 33 to 35 athletes to participate in the Summer Olympics.

During economic difficulty, how is the government supporting qualifiers for the Rio Olympics? Everywhere in the world it is financially unstable, but the Mongolian government is giving a lot of significance to the upcoming Olympics. For example, Prime Minister Ch.Saikhanbileg is leading the Mongolian National Olympic Committee himself. He’s also handling issues ministries and authorities aren’t finalizing. Deputy Prime Minister and acting Health and Sports Minister Ts.Oyunbaatar is working closely with our center. The Olympic preparation working group, led by State Secretary of the Minister of Health and Sports S.Lambaa, is working fast. Despite the economic difficulty, the Ministry of Health and Sports, Ministry of Finance and the Treasury Department didn’t cut the budget for the Rio Olympics preparation work allocated to our center and have been supporting us in various ways. Athletes are able to actively participate in national and international competitions without any delays or worries all thanks to the government support. This year’s Summer Olympics will require Mongolian athletes to quickly adapt to many things, starting from climate and time difference. What is the Development Center of Physical Education and Sports doing for this? Our center is the main organization preparing and training athletes for the Rio Olympics. We have 71 staff in total. In the past, the center used to run as an implementing agency of the government, but now, it has become a state budget organization affiliated to the Ministry of Health and Sports. We work with 125 athletes for 17 types of Olympic and Paralympic sports and have 36 coaches. Many people have noted that it’s necessary for our center to change back to its independent status. The Development Center of Physical Education and Sports had been running as an independent agency since socialist time. Instead of just changing the affiliation and doing nothing, developing the center into a body with professional management and professional staff will impact positively on athletes’ success. The division in charge of Mongolian national  teams manages more complicated issues related to the preparation work for the Olympic Games. The division is hectic preparing a training base in Rio de Janeiro for athletes, ordering custom-made outfits for the Olympic opening ceremony, trying to book flights and plan out expenses of athletes, coaches and authorities that will depart to Rio de Janeiro. A lot of people are worried as the Summer Olympics will take place in South America. Mongolia has a bitter experience of returning with absolutely no medals from the Sydney 2000 Olympics. Compared to back then, the government passed the Law on Physical Education and Sports and key sports are supported by the state so there should be some improvement. We travelled to Brazil to review Olympic preparation work there in mid-March. We signed a memorandum to establish an integrated training base in Volta Redonda, a municipality next to Rio de Janeiro, and agreed to bring boxers, judokas, freestyle wrestlers and taekwondo athletes along with their coaches 10 days before the Olympic opening ceremony so that they can prepare and adapt to the time and environment in Brazil. Currently, we’re carrying out a project to establish three types of detailed contracts. We’re getting an estimate of how many athletes will go from each sports federation. The national team will need to take a food specialist and a chef with them to Brazil. They will manage food related issues of Mongolian athletes along with Brazilian chefs. After tons of paperwork and negotiations, we were finally permitted to send a Mongolian chef with the national team. This is an important matter as athletes must consume food suitable to their physical traits so that they give their best performance. Besides food, medication and vitamins are very important to athletes. Are Mongolian national teams getting adequate treatment and vitamins? We pay plenty of attention to food and drinks of athletes of the national team and have signed cooperation memorandums with two professional bodies. Within this framework, a workshop was held for more than 10 base leaders, chefs and coaches two weeks ago at the Central Sports Palace. The workshop taught that athletes can’t be fed with the same food as ordinary travelers. Food specialists and professional chefs are going around sports centers to inspect whether they are following food guidance for athletes. The Asian Pharma LLC, Monos Pharma Trade Co.,Ltd, All Masters LLC and Athlete’s Rehabilitation LLC were chosen to supply athlete’s medication and vitamins through a tender selection. A total of 852 million MNT is being spent on Olympic qualifiers’ medication and vitamins. This is two times higher than the amount spent for the 2012 Summer Olympics. In any case, it can be said that athletes are able to recover their strength and energy lost during Olympic Qualifying Championships. Since we’re on the topic, can you tell us about doping related management in Mongolia? We enforce strict control on the issue of doping. Introduction of the list of banned athletic performance-enhancing drugs and workshops about them are regularly organized. We’ve even had athletes sign agreements to prevent doping. Team doctors supervise mediation and injections athletes use. After the drug meldonium was banned this year, several Russian athletes failed their drug test for meldonium. Many athletes had actually started using this drug from this year. Doping issues were rising among Mongolian judokas and freestyle wrestlers but it stopped after the World Anti-Doping Agency renewed the dosage of the prohibited list of drugs this year. Now, athletes are training hard.

A total of 852 million MNT is being spent on Olympic qualifiers’ medication and vitamins. This is two times higher than the amount spent for the 2012 Summer Olympics.

What happened to the project to rebuild the Central Sports Palace? Even the blueprint was developed, right? There’s nothing definite at the moment. Athletes are completing their preparation work well at the Central Sports Palace. Of course, there’s nothing wrong with rebuilding this building, but firstly, athletes need to have a place as big as the Central Sports Palace where athletes of more than 10 types of sports can train at the same time. I mean, where would we train if the building is demolished? This matter should be handled carefully.
SHARE
Share on Facebook
Tweet on Twitter
Previous article Ts.Tsedev-Ochir: We will never give up
Next article Ex-Olympian Gan-Erdene inks Promotional pact