Women entrepreneurs are critical to economic growth but their businesses can grow only when equality is encouraged and enhancing opportunities for women in all walks of life is enhanced. Unfortunately, this issue has received considerably less attention in Mongolia in terms of the policy. In particular, the country has no dedicated policies, legislations or strategies that are gender-specific or focused on supporting women entrepreneurs. Yet, there are general gender-blind policies on small and medium enterprises. Therefore, dedicated and effective policies and law regulations designed to support women’s entrepreneurship are much needed in the country.

Women are usually valued less than men, regardless of their education level or skills. Due to unequal conditions, barriers and existing social and cultural norms and roles, on average, women-run businesses are smaller than those run by men and are more likely to operate in the informal sector. It has been found that women are more burdened by unpaid work than men. Therefore, their labor force participation does not improve significantly.

More specifically, according to the National Statistics Office (NSO) of Mongolia, women spend an average of four hours and 40 minutes a day on unpaid works, such as childcare and housework, while men spend less than two hours on them. The office calculated that men spend six hours and 25 minutes at work, while women spend an average of four hours. The gender gap in education is being reduced but the gap in employment is not decreasing. So, economists say that eliminating the gender gap in the economy is the main way to go forward.

Moreover, it was found that the lack of assets, and thus the lack of collateral, makes it considerably more difficult for women to obtain credit from financial institutions. In particular, researchers point out that the tendency to register property in the name of one’s husband is common in Mongolia due to traditional norms of society. Due to this, there is a situation where women entrepreneurs cannot get financial support on the grounds of insufficient loan collateral.

The Asian Development Bank has estimated that if the participation of women can be brought to the same level as men’s or increased by 10 points, the gross domestic product per capita of Mongolia would increase by 0.5 percent and the national economy would expand by 16 percent within 30 years. In other words, it believes that the economy can develop faster by eliminating the gender gap in the labor force.

NSO also says that men have 3.6 trillion MNT in outstanding loans among small and medium enterprises, while women have 2 trillion MNT of credit balance. Statistics show that the average amount of loans per borrower is 96 million MNT for men and 54 million MNT for women, but women are better at repaying on time.

In fact, there is a general legal framework to support women entrepreneurs and ensure women’s equal participation in the economy. In specific, the Constitution of Mongolia has basic regulations on ensuring gender balance and ensuring and protecting women’s rights. For instance, Article 16.1 of the Constitution of Mongolia stipulates that men and women shall enjoy equal rights in political, economic, social and cultural fields and in marriage, while Article 14.2 of the law states that no person shall be discriminated against on the basis of ethnic origin, language, race, age, sex, social origin and status, property and assets, employment occupation and official position, religion and conscience, conviction and opinion, and education.

However, these general legal regulations do not sufficiently provide for women’s economic rights. To implement a special program on supporting the participation of women in the business sector, terms related to entrepreneurship such as women-owned businesses and women-owned small businesses are used by countries in the context of international business practices and legal frameworks. However, in Mongolia, the classification and definition of women entrepreneurs and the direction of support for them by the government and the private sector, as well as detailed legal regulations on supporting their participation in decision-making at the policy level, have not been set so far.

Although Mongolia has legislated the issue of creating and recording official statistical data classified by gender in the Law on Ensuring Gender Equality, due to the lack of clarity on what is considered a woman entrepreneur, the regulations related to this issue are poorly enforced, according to sources.

In particular, the “COVID-19 Impact on Women and Girls in Mongolia Study” conducted by the UNDP proves that there is a lack of sex-disaggregated quantitative data on women entrepreneurs in the country. In addition, it identified that there is no official legal definition of small and medium-sized enterprises with female ownership. It recommends the confirmation of this definition by law as it believes it will create a gender-disaggregated digital database and then, based on this digital data, encourage women entrepreneurs to actually do business, implement projects and solve problems in society and the economy. The study also highlighted the lack of technical assistance for women-owned small and medium-sized enterprises, as well as consultancy services to support the development of business plans and suitable business models.

Just recently, Mongolian female parliamentarians have taken a step towards making progress in this field. They have initiated and developed a bill on increasing the participation of women entrepreneurs in the economy.

Based on the above practical requirements, they strongly believe that there is an urgent need to create a favorable legal and policy environment for women’s entrepreneurship in order to assess the gender gap in the business sector in more detail and implement appropriate policies aimed at women entrepreneurs.

Bill initiators explained, “In recent years, the development and implementation of laws aimed at ensuring gender equality have been intensified worldwide. One of them is the policy of increasing the real participation of women in the economy, which is strongly supported by international financial institutions. Supporting and empowering women entrepreneurs not only boosts the business environment as a whole but also increases their family income, improves the quality of life and supports the education of children.”

Another initiator, legislator D.Sarangerel, explained, “To determine the participation of women in business, it is necessary to take into account the specific legal regulations aimed at women and determine the percentage of women’s participation in the business ownership structure, the number of women working in management levels in the business sector and statistics classified by gender.”

The bill on increasing the participation of women entrepreneurs in the economy aims to lay the basis of a major legal reform to create a common understanding of women’s participation in the economy, provide the basic information necessary for women entrepreneurs to successfully conduct their activities and create an optimal and comprehensive environment.

According to Director of the Economic Policy and Competitiveness Research Center B.Lakshmi, the draft law consolidated the terms “business woman” and “industry”, “service” and trade”, formulating them all together. This bill intends to legalize the definition of a legal entity with women owners. The legislators view that it would be possible to meet the requirements set forth in the FATF Recommendation 24.

In the case of defining and implementing a policy on the support of entrepreneurship at the local level, the bill also provides for the inclusion of women entrepreneurs.

Legislators believe that within the framework of the government policy of developing an employment policy suitable for the characteristics of each population group, the creation of a suitable legal framework for women entrepreneurs will contribute greatly to the achievement of gender equality in the economic sector. In addition, female parliamentarians view that the situation in which women’s labor is devalued, especially the time they spend on unpaid work, can be reduced to a certain extent.

It should be noted that the draft law does not include regulations related to the establishment of new organizations or the increase in state budget expenses. In connection with the bill, legislators plan to make amendments to the Law on Procurement of Goods, Works and Services with State and Local Funds.

According to international experience and recommendations, a favorable environment for women entrepreneurs can be created by maintaining records of entrepreneurs classified by gender, implementing policies and targeted programs based on relevant statistical data and creating a legal framework to support them.

Basically, there is a need to improve government processes and laws to reflect women entrepreneurs’ needs, reduce barriers to registering and operating a business run by women, address gender bias in lending and reduce de facto discrimination in key government processes. 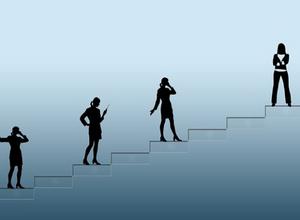