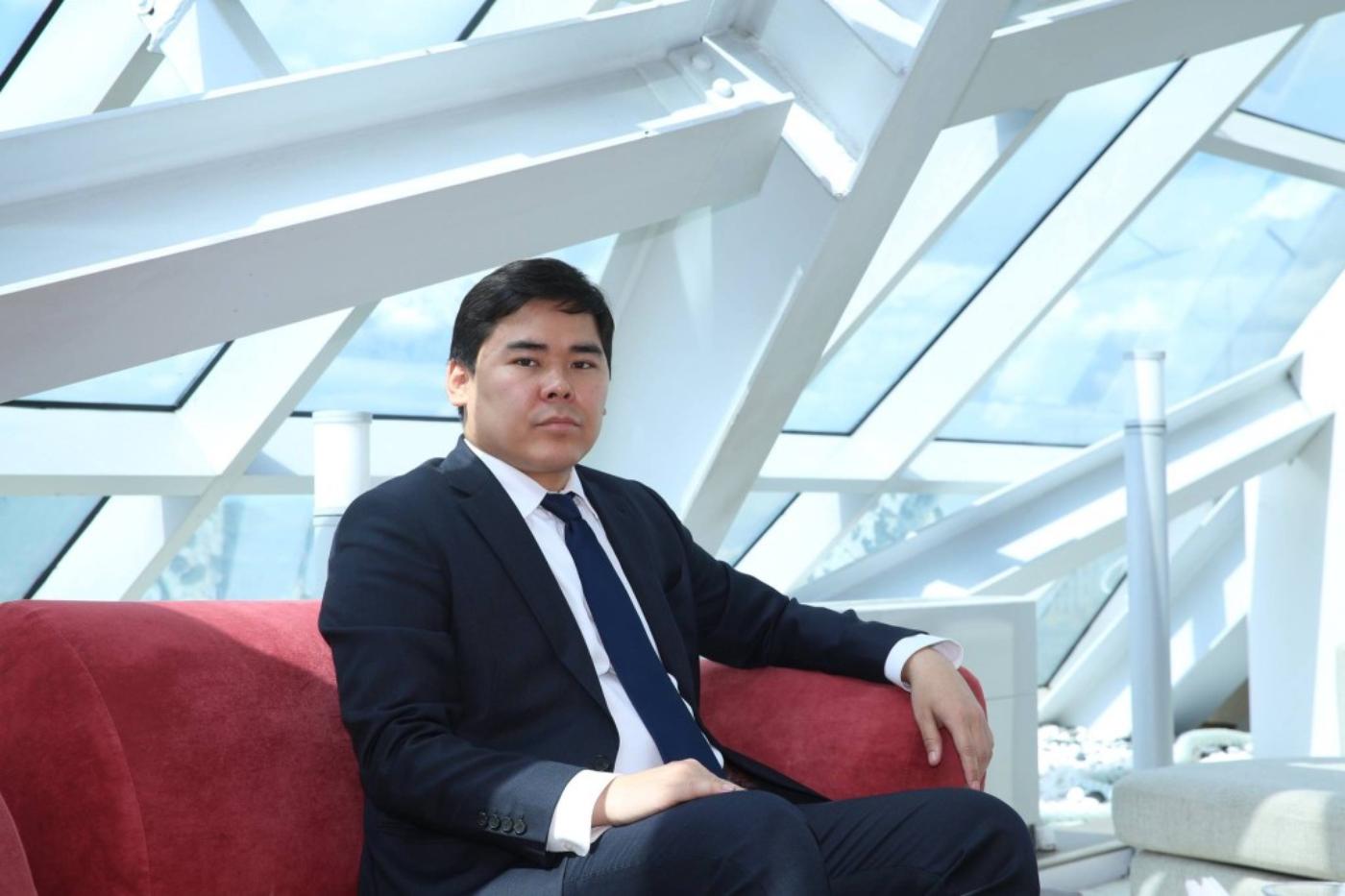 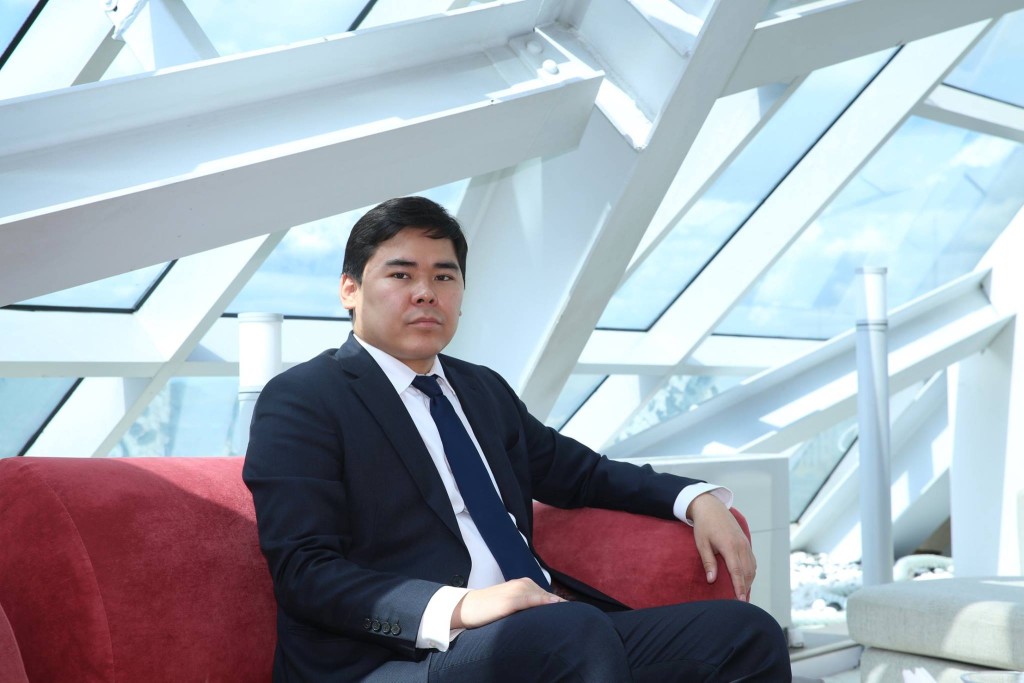 Meat is supplied to the capital from three eastern provinces of Mongolia. It used to take two months for three hired shepherds to collect 600 sheep from eastern provinces and bring them to Ulaanbaatar. It’s reported that the total cost of transportation amounted to 20 million MNT within the span of two months.  Now, it’s become possible to transport 600 sheep to the capital within a day by truck thanks to a new road connecting Ulaanbaatar with Sukhbaatar, Dornod and Khentii Provinces. The total expense has dropped to four million MNT, according to a company that exports canned meat to Russia. CEO of the Development Bank of Mongolia N.Munkhbat gave an interview about the economic benefits of new roads. How much was invested for constructing roads connecting Ulaanbaatar and eastern provinces? Many people complain that investments are recovered for a long time and that the majority of bond investments were spent on road constructions. Can you comment on this? During the four years since the establishment of the Development Bank, our bank has been actively financing development projects. The total amount of financing has exceeded five trillion MNT. The Development Bank primarily invests in three directions. One of them is infrastructure. Hard infrastructure is essential for a nation. Around 1.4 trillion MNT has been spent on road projects, Street Project, and Ulaanbaatar’s engineering infrastructure, networks and cable lines. Hard infrastructure is unique because it isn't a business activity. Its economic benefit is shown indirectly. This type of investment takes 28 percent of the total portfolio. The remaining 72 percent is spent on financing projects of government and nongovernment organizations that will give off profit to some extent. The private sector’s projects are financed through commerce banks. Our bank is also investing in large projects for the Third and Fourth Thermal Power Plants, Amgalan Thermal Power Plant, three cement and metallurgical plants, MIAT Mongolian Airlines’ Boeing 767-300ER aircraft, and the Tavan Tolgoi project. It’s become clear that engineering infrastructure and Street Project are economically beneficial, but the public is unsure whether road projects are beneficial. The Ministry of Roads and Transportation has researched and made calculations on this. Our bank made estimations using economic calculations of professors of the National University of Mongolia.

Hard infrastructure is essential for a nation. Around 1.4 trillion MNT has been spent on road projects, Street Project, and Ulaanbaatar’s engineering infrastructure, networks and cable lines.

Overall, the Development Bank is striving to connect all provinces to the capital via asphalt roads. Ulaanbaatar was connected to five provincial centers with asphalt roads from 1992 to 2012. In the last three years, another six provincial centers got new roads, namely provincial centers of Murun, Dundgovi, Umnugovi, Bayankhongor, Sukhbaatar and Dornod Provinces. The government constructed another road from Saishand soum of Dornogovi Province with a different investment source. Projects have started for constructing roads to western provinces. So in two years’ time, we’ll become ready to construct roads from Ulaanbaatar to Uvs, Govi-Altai, Zavkhan and Khovd Provinces. Documents and planning have finished. Only Ulgii, the center of Bayan-Ulgii Province, will be left afterwards. Generally, Mongolia will be able to develop a road network linking every part of the country. These projects will tremendously impact the Mongolian economy both directly and indirectly. We’re now linking large regions that weren’t connected to the market before. All the road work mentioned before cost 946.7 billion MNT. Over 1.2 trillion MNT has been put down into the state budget and is being issued to contractors after reviewing their performance. This figure is equal to 19 percent of the total portfolio of five trillion MNT. So 19 percent of the bond investment was spent on road construction. Yet, the economy of six provinces have been  integrated with this amount of money. In addition, half of the work for joining four provincial centers to Ulaanbaatar have been completed. The total cost for building roads for six provincial centers amounted to 591 billion MNT, but the Development Bank provides this money to companies by reviewing their performance. After receiving funds, companies have to pay tax, including income tax, tax from fuel purchases, and employees’ social insurance contributions. 166 billion MNT is returned to the state as tax from the 591 billion MNT companies received as investment. In other words, the six province centers were linked to Ulaanbaatar at the cost of 425 billion MNT. The total length of the roads equal 1,246 kilometers. What is the actual economic yield of the roads built at the cost of 425 billion MNT? The Development Bank of Mongolia calculated three direct and indirect benefits of these roads. In one go, 166 billion MNT is directed into the state budget. Moreover, these roads save time and money. This is the most evident improvement. In the past, people had to drive for two days to reach Bayankhongor Province on difficult roads that damaged their vehicles and tires. Now, it takes six to seven hours. This is rapidly increasing economic circulation. Secondly, new jobs and businesses are opening along the sides of roads. Thirdly, the state is receiving more money through tax and fees from these new businesses. These sort of double affects are being considered. The six new roads are giving off economic yields worth approximately 40.2 billion MNT a year. Indirect yields haven’t been accounted yet. Benefit from each road is different. The most profitable road is the one leading to Khuvsgul Province. Estimates show that the annual benefit from this road will be 9.9 billion MNT. On the other hand, the road leading to Dundgovi Province shows the least amount of profit. Even so, the profit from the road to Umnugovi Province amounts to 9.8 billion MNT a year. The total profit from the six new roads amount to around 40.2 billion MNT a year. These roads are good for 15 years. It will need maintenance for 15 years and a large repair work on the 16th year so that it can be used in the future. The investment of 425 billion MNT for roads will circulate in the economy for 15 years. According to calculations, we will be able to retrieve the total investment and financing for these roads in an average of 10 years and six months. The time limit for retrieving total investment is different for each road. For example, the total cost of constructing the road to Khuvsgul Province can be recovered in six years. The investment for constructing this road was drawn from Chinggis Bond, which will have to be repaid in 10 years’ time, but we’re already benefiting from it since the opening of the new road. Simply put, investing in the road sector through Chinggis Bond fund is not only beneficial to the economy but also generates enough yield for repaying the bond money.

Residents living in the capital enjoy wine from Altai region and watermelon from Khovd Province. In the past, it took three to four days to transport these goods to Ulaanbaatar, but now that there’s an asphalt road, wines and watermelons can be transported within a day.

Four western provinces will be connected to Ulaanbaatar in two years. When will a road connecting Bayan-Ulgii Province to Ulaanbaatar be constructed?  The Ministry of Roads and Transportation is conducting a major project to build a road that will link Russia and China through three western provinces of Mongolia with financing from the Asian Development Bank. Recently constructed inter-provincial roads will be connected to this main road. Residents living in the capital enjoy wine from Altai region and watermelon from Khovd Province. In the past, it took three to four days to transport these goods to Ulaanbaatar, but now that there’s an asphalt road, wines and watermelons can be transported within a day. As you stated, the total amount of investment (425 billion MNT) can be retrieved in 10 years. Until new roads need maintenance work, how much economic benefit will it give off? 181 billion MNT. This is the net profit the Mongolian economy will get. The only type of project we couldn't calculate economic returns from are road projects. Feasibility studies could be made for every other project and were determined to bring benefit before the bond repayment time. Just like some people say, bond repayment shouldn’t be paid by the public. The person or business that lent from Chinggis Bond funds should pay it back. The private sector has received financing for more than 1,400 projects from the Development Bank of Mongolia through commercial banks. Their financing amounts to 1.56 trillion MNT. The private sector has received this support from bond funds. 31 percent of the total bond investment was issued to the private. In other words, a third of the bond money was used to support the private sector. Companies that received this money must repay it. It is nonsense to talk about how much debt is accounted per person of a nation. The state must pay 28 percent of the bond money as it went to the state in the form of taxes. The remaining percentage have to be paid by project proponents. For instance, Erdenes Tavan Tolgoi Joint Stock Company received 250 million USD through bond investment and repaid 50 million USD so far. MIAT Mongolian Airlines received a total of some 90 million USD and paid 83 million USD so far. Repayments are going smoothly. Nonperforming loans are increasing in Mongolia. Are businesses that received bond investment able to repay on time? Unfortunately, the amount of nonperforming loans have increased slightly within the last three years. Businesses that received funding from our bank haven’t shown this type of sign. The reason is simple. We financed the private sector through the banking system. Financing of the private sector should be carried out by the private sector. Also, the Development Bank of Mongolia generates bonds with the best term. The interest rate of the fuel loan negotiation, to be signed on Monday with Russia’s VTB Bank, doesn’t even reach eight percent. The Development Bank receives financing with such good conditions. Regrettably, it’s hard for the Mongolian private sector to find these types of good conditions. We directly offer these excellent conditions to the private sector through commercial banks. The interest rate of our loans are one-digit and the average loan term is five years. It’s highly possible for projects carried out through this type of loan term to succeed.
SHARE
Share on Facebook
Tweet on Twitter
Previous article ‘It is prohibited unless allowed by Constitution’
Next article Gabriella Schmidt-Corsitto: Long Distance Charity Horse Trek “The Great Mongolian Ride” to raise funds for children’s dental health in Mongolia.