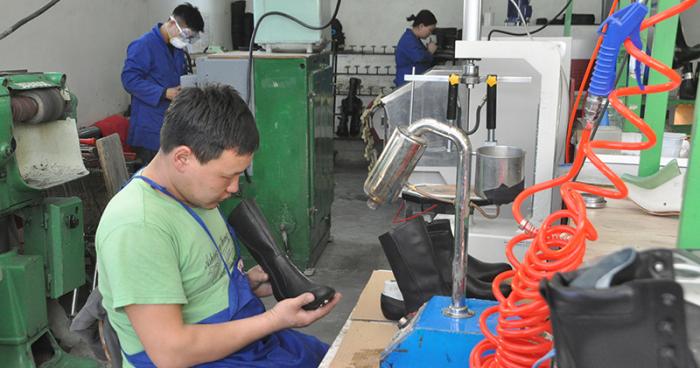 On April 11, a discussion titled “Industrial Environment and Challenges Faced” was held to address problems in the development of the nation’s industrial and production sectors. Head of the Mongolian Employers Federation Kh.Ganbaatar said, “Because of the lack of connections between the nation’s monetary policy, loan interest rates, and budget policy, businesses and entrepreneurs are facing a great depression.” A study conducted among domestic producers showed that around 90 percent of businesses took out loans with 18 to 20 percent annual interest rates. Entrepreneurs claim that possibilities for carrying out business activities with high-interest loans are limited, and added that they face many challenges in repaying loans on time. They emphasized that in order to develop the industrial and production sectors, the state needs to support businesses with low-interest long-term loans. They noted that even though mining products make up around 81 percent of exports, the industry's contributions to the state budget equal only 17 percent. The remainder is generated by other sectors, including construction, agriculture, and light industry. In Asian Development Outlook 2016, Asian Development Bank projected that Mongolia’s economy will grow by only 0.1 percent in 2016 and 0.5 percent in 2017. World Bank estimates that the nation’s economy will grow by one percent. Kh.Ganbaatar said that Mongol Bank should lower its monetary policy rate and interest rates for business loans. He believes that the monetary policy rate, which is now 12 percent, should be lowered to six percent. Another difficulty being faced by businesses is the increase of foreign currency exchange rates, the discussion participants underlined. They also noted that a law on protecting the rights of the private sector needs to be immediately passed. The discussion was organized by the Mongolian People’s Party, Mongolian Employers Federation, and professional associations in the leather, wool, and cashmere industries.
SHARE
Share on Facebook
Tweet on Twitter
Previous article Advisory Board of German-Mongolian Business Association
Next article Foreign reserves and gold purchase shatter records in 2020