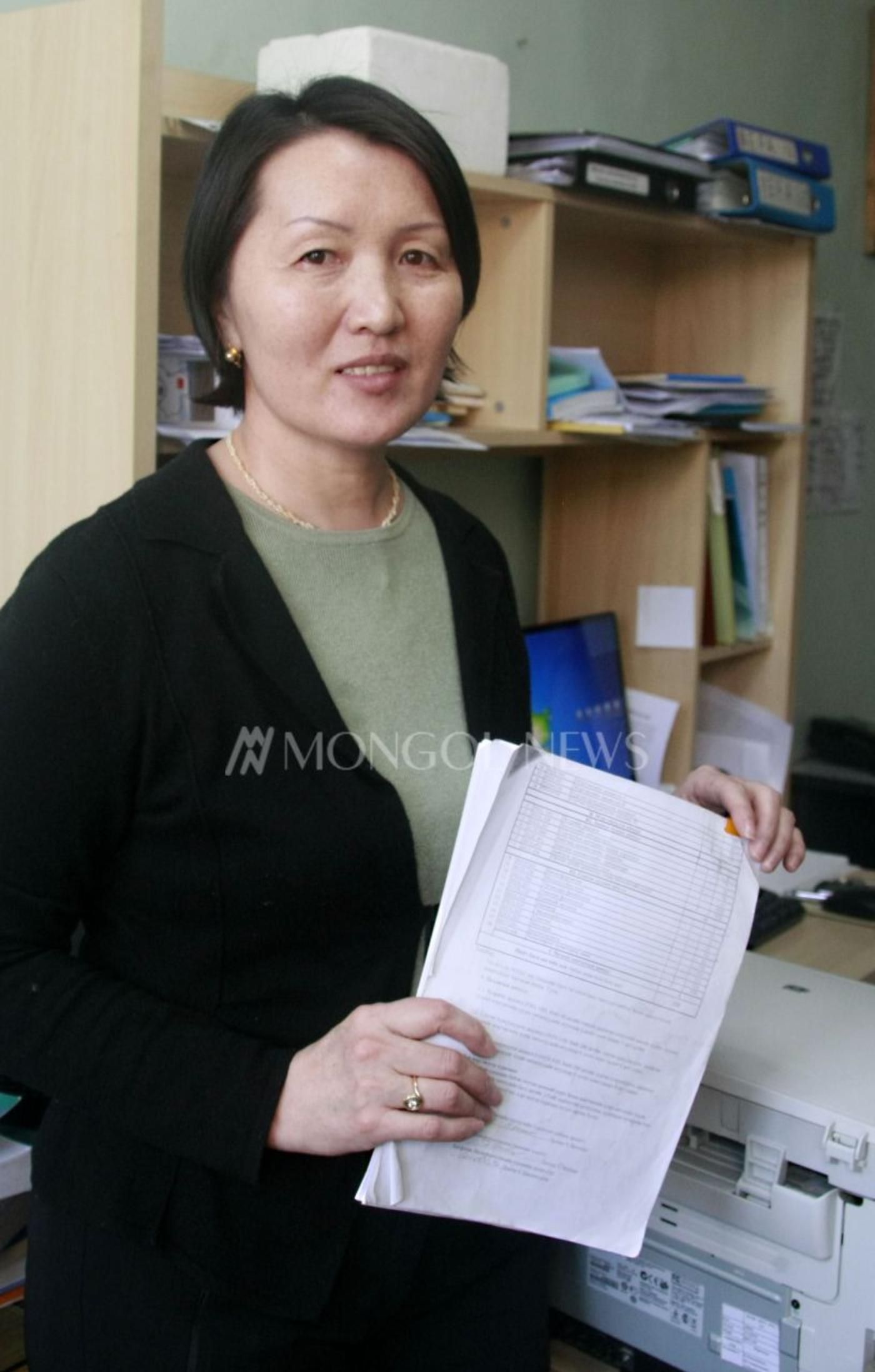 Dr. N.Soninkhishig reveals fascinating facts about rivers and lakes and the organisms that inhabit them 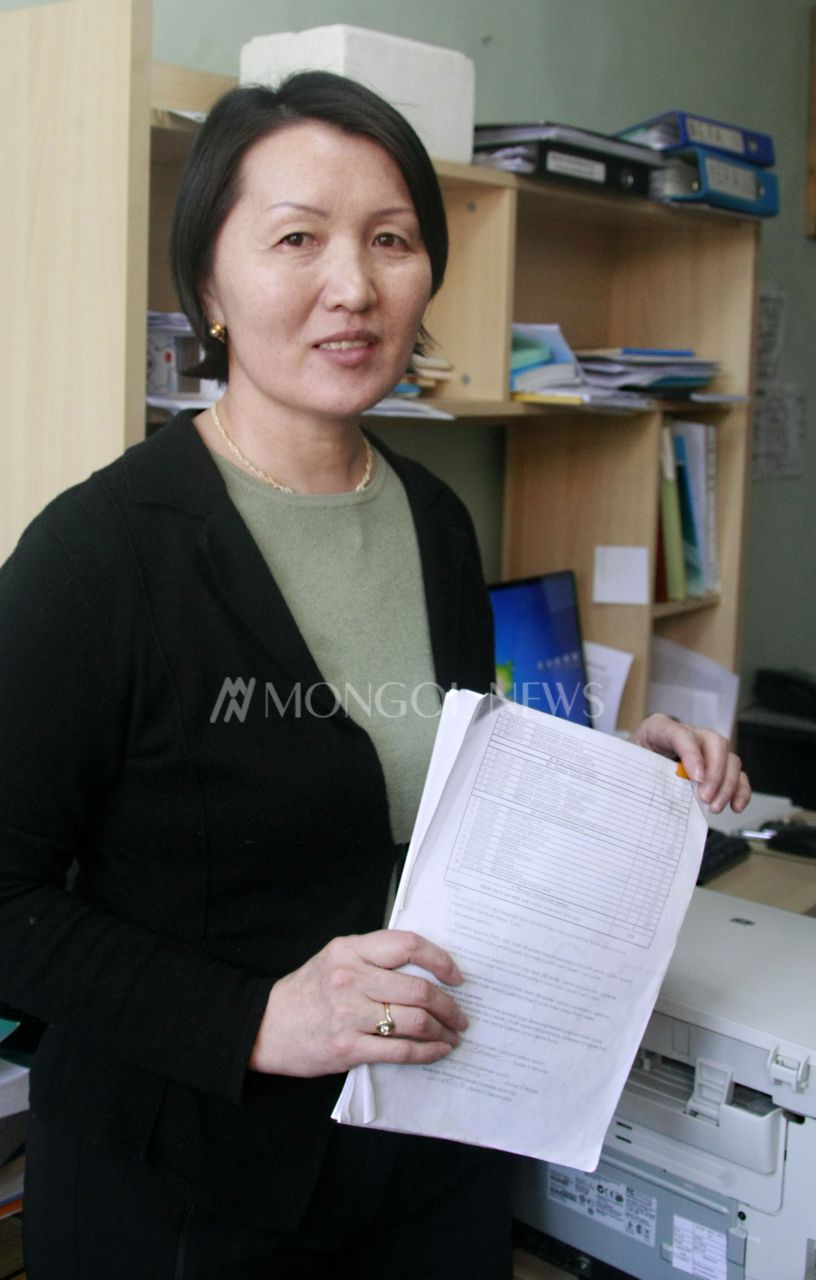 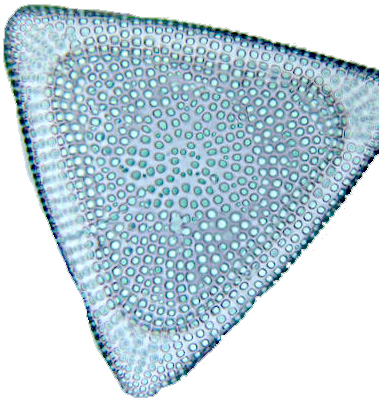 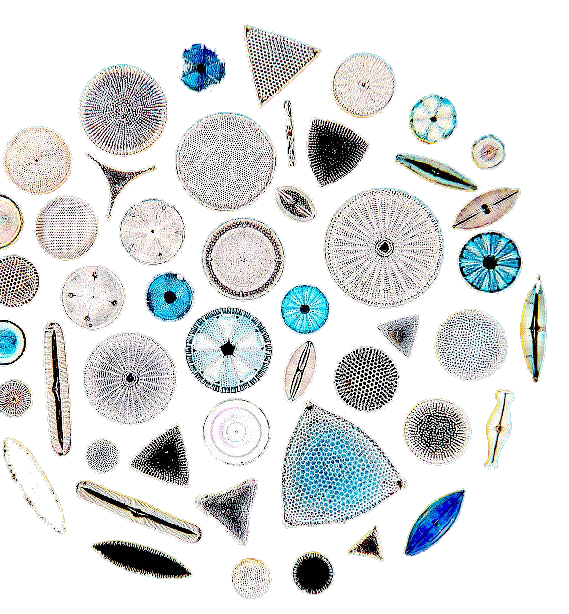 Dr. N.Soninkhishig, associate professor at the Biology Faculty of the National University of Mongolia, spoke extensively about water pollution and algae, particularly diatoms, in the following interview. Diatoms are a large group of microscopic algae with distinctive and transparent cell walls made of silicon dioxide hydrated by a small amount of water. They usually grow as single cells and can be used as indicators of both present and past water quality because they are responsive to changes in water chemistry. Dr. N.Soninkhishig is well known for her expertise in diatoms researchers in the same field. Over 20 of her publications have been published in international journals, and her study on diatoms in Mongolia was published as the 20th volume of “Iconographia Diatomologica”, a famous series of books on global diatom studies. N.Soninkhishig has been contributing to national research projects for water resource management in recent years. When did you start researching diatoms? What was your first academic work? I started studying diatoms in 1995. At that time, Dr. Clyde E. Goulden came to Mongolia from the Academy of Natural Sciences Drexel University of Philadelphia, Pennsylvania and trained 23 researchers for the Khuvsgul Lake Project. I was one of them. He recommended me to study diatoms because I had just graduated and didn’t have an area of study. In 1996, I went to the Academy of Natural Sciences of Philadelphia and learned the basics of diatoms under Dr. Ruth Patrick. Rivers kept becoming contaminated in the USA after the World War II. Dr. Ruth Patrick became famous for her research on diatoms in different rivers, which found the cause and origin of the unknown water pollution. I think she was around 86 years old when I first met her. After four months, I was able to recognize diatom species, take samples, and study them through microscopes. My first academic work was my master's thesis. I took diatom samples from eight areas along Tuul River, starting from the bridge of Gorkhi-Terelj National Park to Altanbulag soum, and evaluated changes in water quality. There are many types of algae in Mongolia. How are diatoms different from them?

Diatoms are not only used to determine water pollution but also changes in the climate. They are used extensively in environmental assessment and monitoring.

Diatoms are unicellular orgasms that collect energy from the sun through photosynthesis and are merely a few micrometers in size. Photosynthesis provides a living condition for humans, animals and other living organisms.

Microscopic view of diatom[/caption] There are many types of algae. Diatoms are distinct from them with its even-sided geometric shape, with cell walls made of biogenic opaline silica, and essentially for biologically produced glass. The cell wall has countless holes because it would be impossible for an organism to live in a sealed glass. Its holes are well-organized and forms a unique pattern. The pattern of the cell wall is stored in genes and passed down, enabling differentiation and classification of diatom species. The slimy and soft thing you feel when you step on rocks in rivers is actually a bunch of diatoms. You have to scrape off that and look at it through a microscope to study them. Diatoms are used to detect water pollution. Are they that special? An important characteristic of diatoms’ glass cell wall is that it’s able to preserve lake sediments outstandingly. Sediments are accumulated at the bottom of lakes from organisms that are pulled down by gravity. The age of sediments are determined using the organic remains with special methods. For example, studies on sediments of the freshwater Terkhiin Tsagaan Lake, also known as the White Lake, indicated that the lake was originally a river named Terkh. It turned into  a lake after the eruption of Khorgo Togoo volcano nearly 7,800 to 8,000 years ago. Diatoms are not only used to determine water pollution but also changes in the climate. They are used extensively in environmental assessment and monitoring. In this sense, diatoms are very good biological indicator, they are significant for interpreting environmental conditions of the past, climate changes, and its process. I personally studied lake sediments at the bottom of Telmen Lake, a saltwater lake in Zavkhan Province, and Bayan Lake, a freshwater lake in Uvs Province. I earned my Ph.D. with my research on the climate change in these two lakes. How many classification of diatoms exist in Mongolia?

Two thirds of the total oxygen on earth is produced by diatoms living in seas and oceans.

Currently, around 800 species of diatoms have been registered. The figure changes considerably at the global level. Experts consider that 80,000 species of diatoms live in freshwater and way more species in lakes and seas. Diatoms play a special role for the nature and ecology. It releases oxygen through photosynthesis. Two thirds of the total oxygen on earth is produced by diatoms living in seas and oceans. Most people believe that only trees and green plants produce oxygen. In fact, the vast majority of oxygen is produced by plants living under the sea. When did you find new species of diatoms in Mongolia? Out of 110 species, 64 species were found in small rivers and lakes surrounding Khentii Mountains. Some 20 species were found in the ecosystem of large lakes such as Khyargas and Uvs Lakes, as well as their branch rivers. Around 10 new species have been discovered from Khuvsgul Lake so far. It's highly possible to find new species from anywhere in Mongolia. I haven't researched Gobi regions though. England constantly monitors the quantity and location of plants recorded in the Red Book. This is impossible in Mongolia because the land is vast and there are only few researchers. Particularly, organisms with one cell and the fungus family haven't been researched much. Overall, it's crucial to study the different types of diatoms. Most countries around the globe have completed their basic research on diatoms in their local area. Yet, not even the study on basic plants have been completed here. Study on diatoms has reached a high level throughout the world. Where and for what reason are they used? How does studying diatoms contribute to the economy? More and more researchers are studying ways to use diatoms as a bioreactor because they can grow rapidly and create large amount of biomass within a short time if suitable conditions are provided. Several people have come to me in hopes to make a bioreactor together. Diatoms need a warm environment to grow well, but the temperature in Mongolia becomes extremely cold in winter. A large facility will be requires to domestically produce diatoms and this will cost considerably. The glass cell walls of diatoms at the bottom of an ocean or near an ocean thickens into a rock called "diatomite". There are countries and places that explore and use diatomite. The USA has a large deposit. The rock becomes a very good polisher and scrub, so after processing diatomite, it is used to polish small parts of computers. It can also be used as a fine chemical filter. Diatomite is commonly used to draw the white strips of pedestrian crossings because it reflects light and looks more vivid. Like so, it has many uses. You can make construction material if you find diatomite in large quantity. We haven't discovered a diatomite deposit in Mongolia yet.

More and more researchers are studying ways to use diatoms as a bioreactor because they can grow rapidly and create large amount of biomass within a short time if suitable conditions are provided.

Mongolia has many rivers and lakes so studying all of them must require a lot of time and personnel. Currently, how many of them have been studied? Probably around 40 percent of Mongolia's total land have been covered. Researchers haven't been able to conduct a large scale research work. I mean, there are only one or two Mongolian researchers in this field. We're focusing on finding and recording new species of diatoms and doing environmental assessment. Mongolian rivers and lakes are in their natural state at the moment. Only few untouched rivers and lakes remain in the world. Most bodies of water are being used for production, agricultural irrigation and other purposes. Spanish researcher Miguel Alonso collected basic information from approximately 1,000 lakes in Mongolia for 10 years. There are some 20 lakes of tectonic origin like Lake Biwa in Japan. One of them is Khuvsgul Lake. The biggest is Baikal Lake. This type of lakes were created several million years ago. Until 1960, Lake Biwa had freshwater and people could drink directly from it. Now, it is contaminated.

Microscopic view of several diatoms[/caption] Japanese people say it became polluted in a short time. Lake Biwa is surrounded by many smaller lakes, which are connected by small rivers. Organic materials from these rivers flow into surrounding lakes, and then, to Lake Biwa after breaking down and becoming clean. The surrounding lakes functioned as a filter, but they were dried to build buildings, causing Lake Biwa to suddenly become polluted. Japanese researchers started studying Khuvsgul Lake, which has same qualities as Lake Biwa. Khuvsgul Lake has many surrounding smaller lakes. They are a vital component of Khuvsgul Lake. In the 1960s, Lake Biwa looked clear, and around 13 meters below the surface could be seen with the naked eye. Now, two to three meters can be seen. Khuvsgul Lake is very clear, 23 meters below the surface can be seen. What kind of projects have you been working on lately? How far do you want to study diatoms?

I will probably discover many new things through my studies on diatoms. Lakes can't be evaluated by its diatoms. We need a collaborative research on physical and biological indicators and animals. Water is an important issue.

My latest research works have become more wide-ranged. I studied if it’s possible to draw water from Orkhon River to the Oyu Tolgoi deposit from 2012 to 2014. It's hardly possible. The Orkhon River current decreased by two to three times since 1995. The river's ecosystem will face significant difficulties if the water current is reduced even more by drawing it to Oyu Tolgoi. I aim to expand the scope of this type of research and study the flow of large rivers, including Orkhon and Selenge Rivers. I will probably discover many new things through my studies on diatoms. Lakes can't be evaluated by its diatoms. We need a collaborative research on physical and biological indicators and animals. Water is an important issue. Mongolia has little fresh water sources so we need to use it efficiently. Agricultural, biological and forestry management are also very important. Several faculties and schools of the National University of Mongolia will soon launch a new master's program for natural resource management. Undergraduates will be trained for one-and-a-half to two years.
SHARE
Share on Facebook
Tweet on Twitter
Previous article Gabriella Schmidt-Corsitto: Long Distance Charity Horse Trek “The Great Mongolian Ride” to raise funds for children’s dental health in Mongolia.
Next article B.Oyunbileg: Every school should have psychologist