‘Elections that violated the law are invalid’

On June 26, Democratic Party candidate E.Bat-Uul who competed in Khentii Province made a statement on the election.

Former Ulaanbaatar Mayor E.Bat-Uul said, “During the election campaign, D.Ganbold and some candidates were detained without permission of the General Election Commission (GEC). This is a serious violation of the Constitution of Mongolia, human rights and freedoms.”

“The Law on Elections of Mongolia stipulates that a candidate must be arrested with the GEC’s permission if he or she is to be arrested. In other words, during the election, issues related to candidates must be regulated by the Law on Elections of Mongolia. If an election is held in violation of the law, that election must be considered invalid. I believe that the president of Mongolia will pay attention on this issue.” 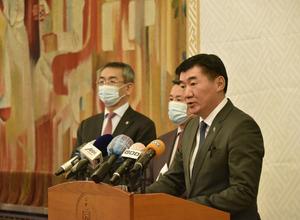