Fast track for growth or degeneration to dictatorship?

Recently, coinciding with the “historic work” on constitutional amendments, Mongolian President Kh.Battulga initiated a heated public and political discussion when he vocally supported a change in the way Mongolians govern themselves. This prompted politicians, lawyers, legal experts and people engaging in all sorts of other trades and crafts to join in on the conversation both in print and online media.

From what I gather, all of these opinions cite some of the most extreme cases of what would happen to Mongolia and its people (and for that matter, the circumstances Mongolian politicians would find themselves in) if Mongolia made a change to the way it governs itself, while only a handful of them took a step back and honestly questioned what Kh.Battulga’s proposition possibly entail.

Although a part of the “democratic republic” umbrella system of governments worldwide, Mongolia’s form of government slightly differs from the rest in that the country has a semi-presidential and semi-parliamentary mixed form of government, not strictly one or the other. Mongolia is officially considered as a parliamentary republic as the prime minister is the head of executive government despite the president being elected through a popular vote, who is more than a simple figurehead with powers to veto Parliament decisions. This particular form of governing closely resembles those of Ukraine, Finland, Serbia, Montenegro and Bulgaria, and a handful others.

Now, the decision is obviously a choice between a full parliamentary or presidential republic. The question regarding this in Mongolia is mostly due to the limitations of the current semi-presidential one: division of powers, and therefore, the lack of efficiency and decisive action on part of the government as a whole, exasperated by the short four-year term limits for both the president and Parliament members. Lawmakers in early 1990s seem to have given too much thought for checks and balances when deciding to divide powers between the president, Parliament and prime minister, and today it has become the main public criticism of Mongolia’s current form of government.

A secondary, yet substantial criticism is the fact that it does not offer as much representation on a direct level, where individual regions do not receive their particular representation when and if coalitions are formed between political parties. In addition, it allows legislation to be passed without a minority approval, which is what is happening today in the Mongolian government and has become a subject of major controversy.

As a result, the ongoing constitutional amendments are largely in the hands of one party, the Mongolian People’s Party. Another concern that had been talked about “for 10 years” in the words of our Parliament speaker is the fact that all aspects of Mongolia’s government is highly unstable, subject to vetoes and calls of no confidence at every turn that may be initiated in one form or another by any of the three leading political entities: the president, Parliament or prime minister.

On one hand, it is too risky to vest powers to mandate the executive branch to one person or entity and allow them to pass laws unhindered, especially for a country like Mongolia – the country is in a very geopolitically sensitive location between Russia and China.

Political commentators, and even sitting Parliament members say this lack of absolute power has so far prevented Mongolia from falling into a direct influence of its colossal neighbors.

On the other hand, proponents of a change argue that the current situation has consistently slowed growth of the country, preventing major steps forward in the form of delays and gridlocks for crucial decisions and legislature, and they believe checks and balances on political interest groups and international influence may be mitigated through better laws and regulations.

If a significant change is made as suggested by the current president, the power division, thus the infamous “inefficiency” the current system of government is heavily criticized for, will most likely be eradicated. However, the major drawback is that Mongolia’s system of governance might turn into that of an autocratic one, or worse, an autocratic society disguised as a democratic one.

All criticisms considered, the risks involved with changing the system of government that had been in place for nearly 30 years cannot be predicted. However, as journalist D.Turmunkh brilliantly pointed out, there is a trend worldwide that show countries seem to change its system of governance on a 20 to 30-year cycle: Mongolia had been essentially a totalitarian state from 1924 to 1940, an autocratic society from 1940 to 1960 and a satellite state with a centrally planned economy from 1961 to 1992, before making a transition to what we have today.

Even China, which seemingly has had a totalitarian state since the 1940s, had several notable changes since then -- eradication of Mao’s personality cult beginning in the 1970s, and the beginning of an economically liberal China beginning in the early 21st century.

South Korea, despite being one of the leading economies in the world at present, nearly went bankrupt in 1966 before a major political upheaval, and today, it is well-known for jailing its former presidents. From this perspective, a change is naturally called for as Mongolia’s system of government has exhausted its effectiveness, and a fresh start is apparently needed.

There is also the third side of this discussion, which calls for the improvement of the current system of government. Some pundits believe that the Mongolian government, given the current situation of political instability and perceived high level of corruption, will definitely always require the checks and balances of today’s parliamentary system. Without it, Mongolia will fall into disarray under the powers of single party led by a sole individual. They believe Kh.Battulga’s initiation of this discussion revolves around his ambition to become this particular person, and not entirely in the interest of the Mongolian public.

The people of Mongolia and, in all fairness, politicians themselves are facing a tough decision of whether to attempt to rid the country of its inefficiency and frequent setbacks of executive decisions by taking a brave but risky step forward to give all executive powers to one person, or continue on the current cycle of governance and attempt to mend what has always been deemed broken within it. Despite the clamor of thousands on public media platforms and despite international experience of other countries changing its system of governance in a few dozen years, it is impossible to definitively predict what would happen in the future for Mongolia – but we must always be wary for the worst; and staying on the current course and "fighting it out" should always be on the table because without checks and balances, backward government decisions will mean nothing, with or without prompt and efficient executive body. 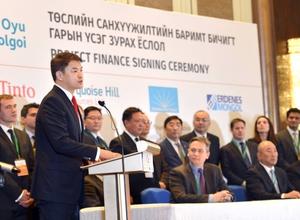 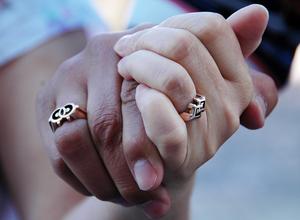 Marriage is not for the faint of heart