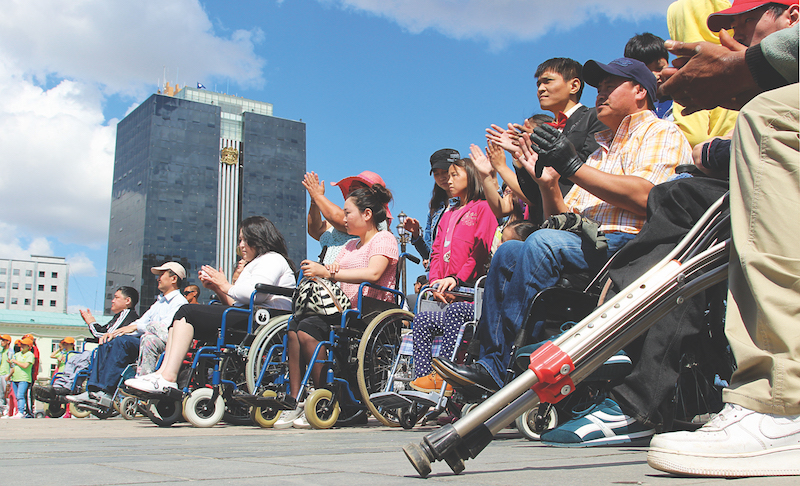 An agreement has been signed for construction of Ulaanbaatar’s National Center for Children with Disabilities to be financed by a grant from the Government of China. On June 13, Mongolian and Chinese representatives signed an agreement to construct the center with total funding of 60 billion MNT. The signing ceremony was held at the Ministry of Population Development and Social Welfare. The new center will be 14,990 square meters in size and will have 250 rooms. It will be built near Sonsgolon Bridge in Ulaanbaatar. The construction work is expected to begin by the end of July and completed within two years. The Mongolian government has spent 20 billion MNT on engineering infrastructure for the National Center for Children with Disabilities, and the work is currently at around 80 percent completion, according to Minister of Population Development and Social Welfare S.Erdene. Minister S.Erdene noted that the new center will make numerous services available to children living with disabilities, including therapy, rehabilitation, and inpatient treatment, as well as comprehensive educational activities. Officials plan to include a floor specifically for parents at the National Center for Children with Disabilities so that they can care for their children when they require inpatient care. Around 150 specialists will be trained for the new center according to the agreement signed between the governments of China and Mongolia.
SHARE
Share on Facebook
Tweet on Twitter
Previous article Smartphone addiction harms children’s mental health
Next article The EU-funded ‘Sustainable Plastic Recycling in Mongolia’ project is helping to improve waste management in Mongolia