Flour factories may close due to wheat shortage 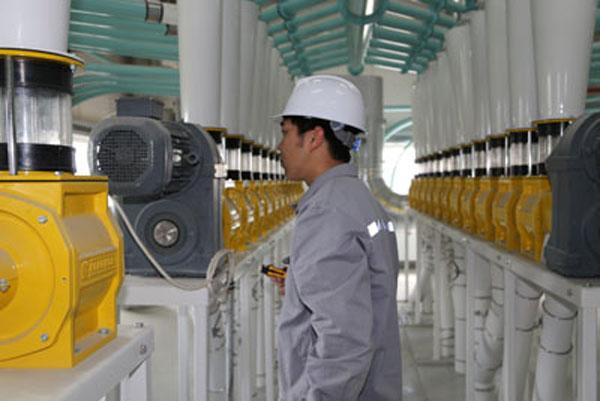 Domestic flour producers have reported that they are at risk of closing their doors because of a lack of available wheat. Industry representatives said that as of today, a total of 30,000 tons of wheat are stored in flour producer’s warehouses, which will meet the flour consumption needs of Mongolia for only one month. The flour producers underlined that if the Ministry of Food and Agriculture doesn’t immediately issue a new imported wheat quota and reserve wheat, domestic flour producers are at risk of closing their factories starting in May. They noted that if they stop production, domestic flour demand will increase and the price for flour may go up. There are around 80 flour producing factories operating in Mongolia. Currently, the nation’s biggest flour producers, such as Altan Taria, Ulaanbaatar Guril, and Mill House, are continuing operations, while smaller factories like Oyeg Guril, Erdenet Foods, and Od Group have suspended their production because of a lack of wheat. The sector’s representatives explained that if the ministry approves the immediate import of 65,000 tons of wheat, flour producers will split the resource and be able to continue operations until the nation’s fall harvest is available. Last year, a total of 192,904 tons of wheat was harvested across the country, 115,000 tons of which (31 percent of the nation’s wheat demand) was purchased by domestic flour producers. This year, the Ministry of Food and Agriculture approved the import of 145,000 tons of wheat, 78,000 tons of which has been imported since March 31.
SHARE
Share on Facebook
Tweet on Twitter
Previous article Assessment of gender equality in the artisanal and small-scale mining sector
Next article The Opportunity to Join the Tomujin team has become available!