Fraud and lies spread in Mongolia 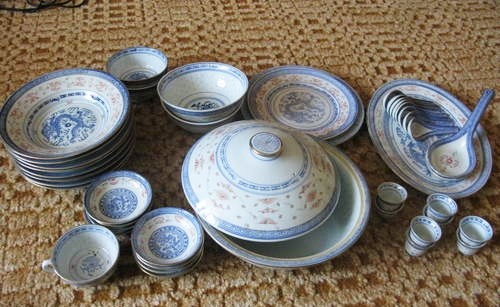 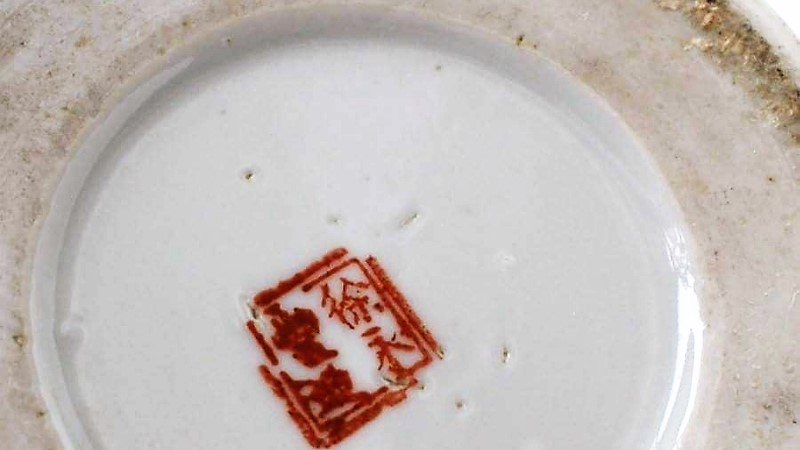 Crowds have been forming outside the Taiwan Center on Tourist Street for more than a week. Passersby and residents of the area have been asking why people are gathering by the hundreds on the sidewalk. An interesting rumor has been spreading throughout the capital for nearly two weeks. People say that men in a black car are buying shares of Erdenes Tavan Tolgoi JSC from shareholders for one million MNT for 1,072 shares, the number of shares distributed to each citizen of Mongolia. A Chinese man is reportedly signing contracts and conducting cash transactions on Tourist Street (commonly known as Urt Tsagaan) in Chingeltei District after having his personal accountant and notary certify a sales contract. Since the rumor began circulating 10 days ago, quite a number of people have been idling about in Urt Tsagaan day and night. CHINESE TEA SETS AND RUSSIAN KETTLEBELLS

Qing dynasty porcelain with a red stamp[/caption] Besides the crowd at Urt Tsagaan, advertisements looking to purchase Russian kettlebells and Chinese porcelain tea sets from the Qing dynasty have been filling up Mongolian advertisement websites and newspapers for almost a month. Everyone who has seen this advertisement is rummaging through their cupboards in search of Chinese tea sets. Many are wondering why the demand for old Chinese tea sets, which have been long forgotten even by their owners, have suddenly become so high. While some people rummage through their home to find forgotten Chinese tea set and Russian kettlebells, others have tried to find a set from other people’s homes. Lately, there have been several reports of stolen tea sets and attempts to steal kettlebells in Mongolia. The demand for the 32 kg kettlebells with “CCCP” label has risen not only in Mongolia but also in former socialist countries such as Russia, Georgia, Kazakhstan and Kyrgyz.

An old 32 kg kettlebell[/caption] Reportedly, many people in these countries were blinded by greed and instigated all sorts of crimes to acquire a kettlebell because of an advertisement offering 50,000 to 100,000 RUB for the ball of metal. Mongolians, on the other hand, are purchasing Chinese plates, cups, and china with red stamps on the bottom, on top of Russian kettlebells. The prices offered for these items range from 100,000 to one million MNT and one buyer reportedly offered a whopping 2.5 million MNT for a porcelain cup with rice patterns. He says that the porcelain must have a stamp with red Chinese characters as it would make it an antique from the Manchu rule. Mongolians are offering high prices for 16 kg, 24 kg and 32 kg kettlebells that have “CCCP” labels. Russians only want 32 kg kettlebells manufactured in Tula city, Russia. Journalists are eager to find out why Russians are trying to stock up on metal balls with a handle at an extremely high price. According to some people visiting from Russia, these kettlebells contain gold inside. Some claim it contains yellow gold while others claim it’s made of white gold. There’s a belief that wealthy “white” Russians, who were members of the “White” movement during the Russian Civil War, hid their gold inside these kettlebells. However, the public has begun to suspect fraudulent acts behind the sudden price increase of Russian kettlebells. Some sources say that Russians who want to purchase kettlebells made in Tula city could be deliberately spreading these rumors and advertisement for profit. It’s said that they take people who claim that they have that particular kettlebell to a laboratory to have it examined. The laboratory reportedly charges money for the examination, but tests always conclude that it’s not a genuine Tula kettlebell, which stops the trade. If this is true, the laboratory and the person who put up the advertisement should have earned a considerable amount of profit from all the examinations conducted in the past month. Mongolians are sweeping up all kettlebells in the country after hearing rumors of kettlebells with gold spreading in Russia and Kazakhstan. Apparently, they assume that Russians will want to buy 16 kg and 24 kg kettlebells. This is the reason why Mongolians are bidding for all types of kettlebells even though Russians are only eyeing 32 kg kettlebells. It’s not advisable for Mongolians to believe anyone who recommends getting an examination at a particular laboratory before buying a kettlebell. The Chinese tea set phenomenon, on the other hand, can be attributed to collectors who want to raise the price of their collection. WHO’S BUYING ERDENES TAVAN TOLGOI JSC SHARES? Hundreds of people are standing along Urt Tsagaan, awaiting a black car that will buy their Erdenes Tavan Tolgoi JSC shares, distributed to all Mongolian citizens in 2012. The Government Resolution No.181, passed on April 11, 2012, states that Erdenes Tavan Tolgoi JSC shares can’t be sold, gifted or transferred until a secondary market starts trade. The public could have sold their shares to the government, but the time limit for sending applications have already finished. Based on this, trades of the company shares are not valid. Officials advised the public not to attempt to sell their shares as the transaction will not be valid and that no trade is taking place in Urt Tsagaan. The government distributed 1,072 shares to every citizen of Mongolia by their state registration number. People can go to a broker or dealer company at any time and open an account and transfer their share to their name. Unless used for trading or purchasing shares of other companies through the Mongolian Stock Exchange, there’s no need to open an account. The public wasn’t eager to transfer allotted shares to their name as it can’t be sold, gifted or transferred to others, but now, they are lining outside of broker and dealer companies after the rumor of shares being exchanged for one million MNT in cash. Broker and dealer companies near Urt Tsagaan are benefiting from this the most. No one has actually claimed to have sold their share. Yet, more and more people are gathering in Urt Tsagaan in hopes to meet the man in black car. No matter how you look at it, this is undoubtedly a fraud. As the value of Erdenes Tavan Tolgoi JSC shares fall at the Mongolian Stock Exchange, the number of companies interested in selling their shares have increased while those interested in buying shares have decreased. Due to this, broker and dealer companies aren’t doing well financially. Economists and people working in legal organizations think that the rumor about a man in a black car was made up by broker and dealer companies to confuse the public and profit from it. Everyone will have to transfer their Tavan Tolgoi shares to their name someday, but it isn't necessary to make people stay outdoors for days waiting for someone who might not even exist. It’s wrong to intentionally spread false rumors and cause a confusion. This rumor is just another con like the Russian kettlebells and Chinese porcelain.
SHARE
Share on Facebook
Tweet on Twitter
Previous article Public transportation: Reversing when world is advancing forward
Next article O.Tugs-Erdene: My biggest dream is to win medal at 2028 Summer Olympics