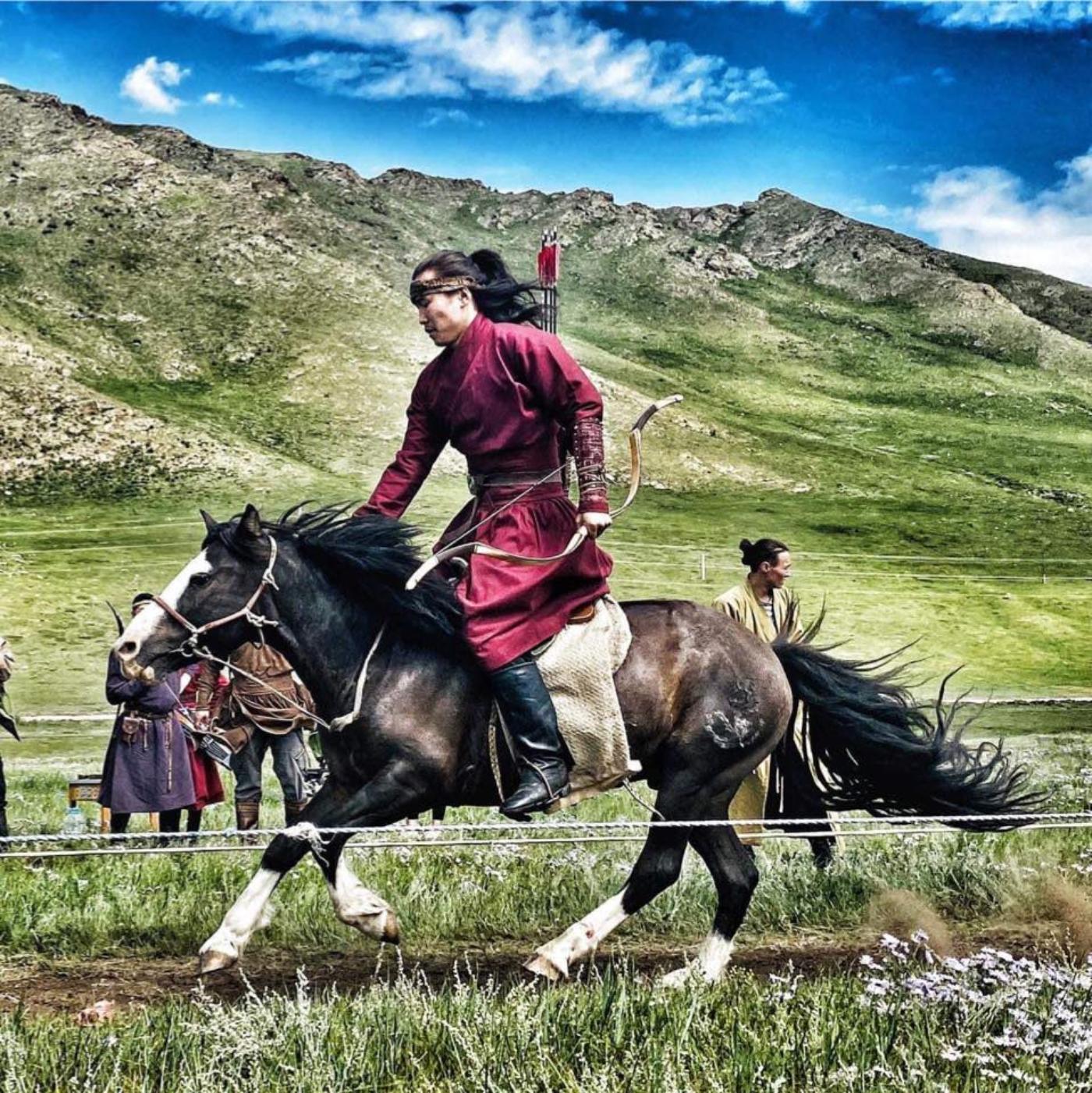 The concept of a stunt performer began to develop in the film industry in the 1900s. In particular, the first appearance of a stunt-double was Frank Hanaway in “The Great Train Robbery”, filmed in 1903 in Milltown, New Jersey, while the first paid stuntman appeared in the 1908 film “The Count of Monte Cristo”. The director paid 5 USD to the acrobat who fell upside down from a cliff into the sea for the shoot.

As the film industry develops in Mongolia, the number of stunt performers is increasing. For instance, the Mongol Stunt Team has already established a reputation among moviegoers. Member of the team B.Tuvshinbaatar gave the following interview to talk about what it takes to perform bold and skillful acts that are impossible for actors to do themselves. He has been in the film industry for seven years and worked on more than 30 films.

You have acted as stuntman in many popular movies such as “Zangarag” and “Bosuul”. How did you come to join the film industry?

Stunt performer G.Tseregbayar and I have been studying in the same class from kindergarten through high school. In 2014, he and I started training for the national gymnastics team. While training there, I met stunt performers and martial arts action directors M.Naranbaatar and A.Lkhagvasuren. When I saw them preparing and working, I wanted to give it a try.

What was the first film you acted in?

I first worked as daredevil in the “War”, co-produced by Mongolian and American artists. Then I worked on “Zangarag” and “Bosuul”.

What was your first impression of filmmaking, especially from the perspective of a stunt performer?

From an early age, I loved watching adventure and action movies. This industry was exactly where I wanted to be. I will work as stuntman until my body can handle it no longer. After that, I want to work as a martial arts director.

In addition to martial arts, many stunt performers tend to do various sports. Do you train in any type of sport?

I have been practicing rhythmic gymnastics since I was a child and have won five national championships. I also practice rock climbing.

Stunt performers play the hardest scenes that the main actors can’t do. Have you been injured during film shoots?

Occasional injuries can be caused by miscalculations or inattentiveness. But it happens rarely. Experienced directors know that it is better to have stunt performers do dangerous or difficult scenes rather than risk injuring the main actors. We must perform risky actions safely for ourselves and others’ sake. We have three principles: teamwork, training and discipline. Therefore, we ensure our safety, regularly check our clothes and accessories, and help each other out.

What was the riskiest performance you had to do while filming?

I had all kinds of dangerous stunts, such as car crashes, falls from a great height, getting dragged (for example, by a horse), and explosions. But I would not say that any of them were that risky. Of course, all these stunts are risky, but if we are well prepared, there shouldn’t be any problem. I am going to do even more dangerous performances in the future. I am ready for it.

There were times when stunt performers died during filming. Aren’t you afraid of doing this job?

No, I am not afraid. I trust my team because we are always well-prepared and support each other wholeheartedly.

How much do film producers appreciate the work of stuntmen?

In recent years, our job has been more understood and appreciated in Mongolia. But it’s not to the extent I can be satisfied.

Your team works not only in Mongolia but also abroad. What is it like working with foreign filming teams?

I have worked on about 30 Mongolian and five large foreign film projects. In particular, our team worked on “The Mongolian Connection” produced by Mongolian, American and Kazakh teams, a documentary about Xiongnu made by Japanese NHK TV and Korean directors, “Mulan” by Walt Disney, and “Shang-Chi and the Legend of the Ten Rings” by Marvel Studios. Of course, working with foreign artists, especially in Hollywood movies, is different. The working condition, supplies and wages are incomparable. Their work schedule is clear and precise. I like that they don’t interfere with others’ work schedule and are very respectful of their work and colleagues.

Is there anything Mongolian stunt performers are better at than foreign performers?

All stunt performers in Hollywood movies are great. We differ from them because we are semi-militarized and able to work in a very orderly manner. Our stuntmen are also multi-skilled, versatile and physically stronger. Abroad, car crashes, falls from a great height, or martial arts performances are performed by different stuntmen. But the Mongol Stunt Team can perform all of them.

Stunt performers need to learn many skills, from riding horses and motorcycles to driving and archery, right?

We are ready to learn everything we need to know for a project. We have an advantage that sets us apart from foreigners and that is the ability to perform mounted archery.

Does your team train regularly even when you don’t have an upcoming shoot?

We train six days a week and spend four to five hours a day on strength and martial arts training. Before starting a new film, we intensify our training and work on directing and rehearsing the scenes and combat scenes included in the film script.

You seem to enjoy working as a stuntman and gained quite a bit of experience. But what would you do if you get an offer to work as an actor, not a stuntman?

If the director suggests it and the role suits me, I wouldn’t refuse. But I will have to consult my team before deciding. I never thought about it before because I am satisfied with what I do now. It is really nice to do what you do best.

Which of the films you worked on had the most difficult conditions?

We work in any and every natural condition. We worked during hot summers and cold winters. In particular, for “Bosuul”, I went into the icy river during winter, and for “Single Ladies-4”, I had to do a stunt in the steppe in the summer heat. But because I was doing what I loved, I never thought it was difficult.

Is there a director or actor you would like to work with?

Yes, but I don’t want to name them right now. I collaborated with Jet Li and Donnie Yen for “Mulan”. In “Shang-Chi and the Legend of the Ten Rings”, I worked with a famous stunt performer, Brad Allen. One day, I dream of making world-class performances with my stunt team.

Filming takes place for at least two months and in some cases, scenes are shot in different places, such as in the countryside or overseas. Are you able to spend much time at home?

I rarely stay at home in the summer. I’ve been to most of the 21 provinces in Mongolia because I like filmmaking and traveling. I have never been to Bayan-Ulgii and Uvs provinces though.

What was your latest project? Are you preparing for a new film?

Most recently, we worked on director A.Batbaatar’s film. There are currently plans to work on several domestic projects, but it is unclear when the filming will begin. 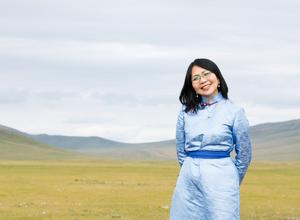 Being organic, minimalist and sustainable are all innate to nomadic lifestyle