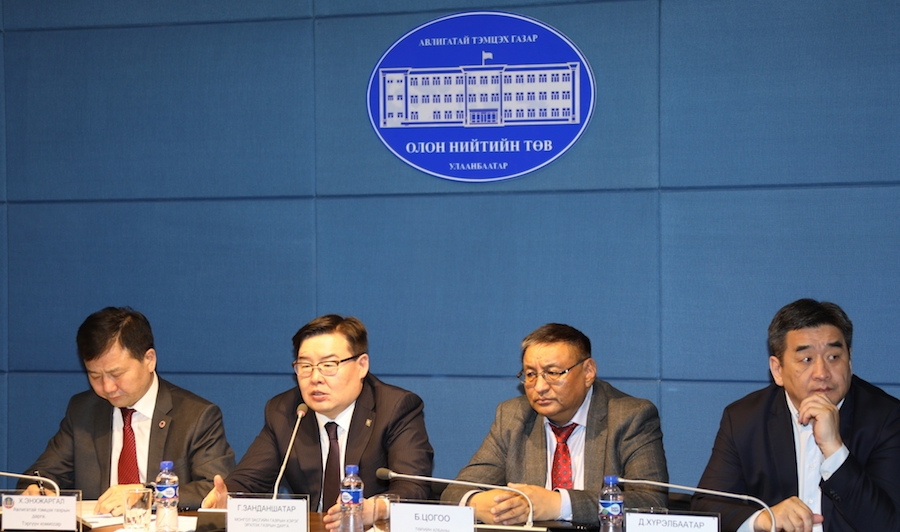 Chief of the Independent Agency Against Corruption (IAAC) Kh.Enkhjargal presented inspection guidelines to state secretaries of 13 ministries last Friday. “IAAC developed a policy on supervision of government agencies and state officials’ operation in September 2016 and got the National Program to Combat Corruption approved by Parliament. As a result, a public monitoring council was formed. This was necessary for the implementation of the Law on Civil Service, which promotes public involvement in anti-corruption actions,” Kh.Enkhjargal noted. Cabinet Secretariat G.Zandanshatar reminded that the government designated 2018 as the Year to Increase Discipline and Responsibility and ordered government agencies to take relevant measures. “Transparency International concluded that the main reason Mongolia’s Corruption Perceptions Index ranking fell was connected to the high risk of corruption in government bodies, customs and taxation departments, as well as the court’s dependency. The government has assigned an information technology policy committee to strengthen digital governance. This will make it possible for the public to submit their complaints and request via smartphone,” he said. On behalf of Cabinet, G.Zandanshatar promised to take the public monitoring system to a higher level by establishing a horizontal and vertical accountability system in the Law on Civil Service. He said, “A branching system of vertical accountability will be created. Let’s unite our power from all sides and fight to ensure justice and enhance discipline!” On the other hand, Head of the Civil Service Council B.Tsogoo announced that 43 legal provisions are planned for revision in line with the Law on Civil Service. “This law has very severe punishments – state officials who breach the law, give or accept a bribe, or rely on bureaucracies to function will be dismissed and not be permitted to get a government position for three to five years,” he clarified. “Regardless of audit bodies and anti-corruption control, general, central and direct budget governors must improve budgetary discipline, internal control, and auditing. This will make it possible to prevent not only wasteful budgetary spending but also crime involvement,” stated General Auditor D.Khurelbaatar. The National Program to Combat Corruption has been effective for over a year. Seven working groups from anti-corruption departments have been reviewing operations of state-owned organizations to ensure related legislation are carried out. Inspections were carried out at 13 ministries, 26 agencies, and 99 state-owned organizations in 98 soums. Inspectors evaluated that these organizations appoint people while violating anti-corruption provisions, take fees illegally or through bureaucracy, violate the law when making procurements, tenders are organized at the discretion of state officials, state budgets are used ineffectively, and officials extort money. IAAC discussed results of onsite inspections with the National Audit Office and Civil Service Council, and handed over recommendations to ministers to erase violations and prevent future reoccurrences. IAAC will meet with representatives from government agencies in late-March to ensure that the recommendations and guidelines are followed.
SHARE
Share on Facebook
Tweet on Twitter
Previous article Can code of ethics ‘educate’ lawmakers?
Next article What’s stopping privatization of State Bank?