“The Last Queen of Mongolia” exhibition unraveled extraordinary deels, accessories and other things used by Queen Consort Ts.Dondogdulam (1876–1923). This is the first time these items are being displayed to the public.

The exhibition, opened at the Bogd Khaan Winter Palace Museum, showcases around 70 items that belonged to Queen Consort Ts.Dondogdulam, including deels, shoes, vests, snuffbox purse, prayer bead, head pieces, accessories, bell, skull cup, sacred Buddhist instruments, and more. However, the most fascinating item that attracted a great deal of attention from visitors was the queen’s silver headpiece, which was made in the early 20th century by talented craftsmen of the palace. It is decorated with various gemstones – coral, pearl and turquoise included – and has 58 threads of pearl drops with dark pink stones.

Queen Consort Dondogdulam wore the headpiece, weighing 5.65 kilograms, during her proclamation ceremony as the National Tara Queen on December 29, 1911.

Other gorgeous pieces were a vest with a pattern made with pearls and a deel with Tumen Nas pattern.

The exhibition is part of the Culture and Arts Authority’s project to restore and protect the memorial of Tara Queen Ts.Dondogdulam. According to experts and historians, Ts.Dondogdulam was an important religious and political figure of Mongolia.

Academic worker at the Bogd Khaan Winter Palace Museum G.Lkhagvasuren noted, “Our museum’s inventory stores portraits, photographs, clothes, accessories, and household items connected to Queen Consort Ts.Dondogdulam. Since she married Bogd Khaan, Ts.Dondogdulam became highly educated in religion. Therefore, she was proclaimed Tara Queen in 1902. Later in 1911 when Mongolia restored its democracy, she was proclaimed the National Tara Queen. Considering this, Ts.Dondogdulam was an important religious and political figure.”

He added that “The Last Queen of Mongolia” expresses Ts.Dondogdulam’s religious side through her deities, prayer beads and skull cup, while her political worth is portrayed through her clothing and headpieces.

The queen consort was married to Bogd Khaan who she first met in 1896 during his visit to the Erdene Zuu Monastery and married six years later. She gave birth to a son but also adopted many children from families that could not raise them. With her spouse, Ts.Dondogdulam established the Bogd Khaan's residence that also housed artisans and craftsmen.

Ts.Dondogdulam died in 1923, a year before the death of her spouse. Day of rest was observed on the 15th day of the last month of autumn. She was cremated at the source of the Selbe River near Ulaanbaatar, where at one time she and her husband spent the summer. 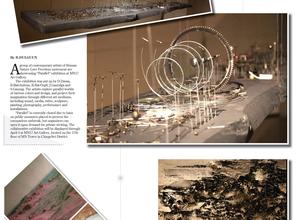 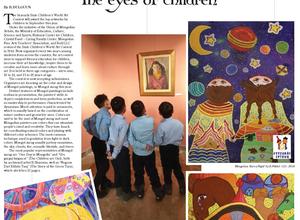 Noticing the world through the eyes of children 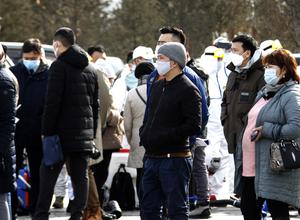 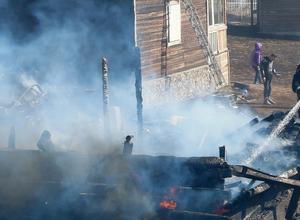