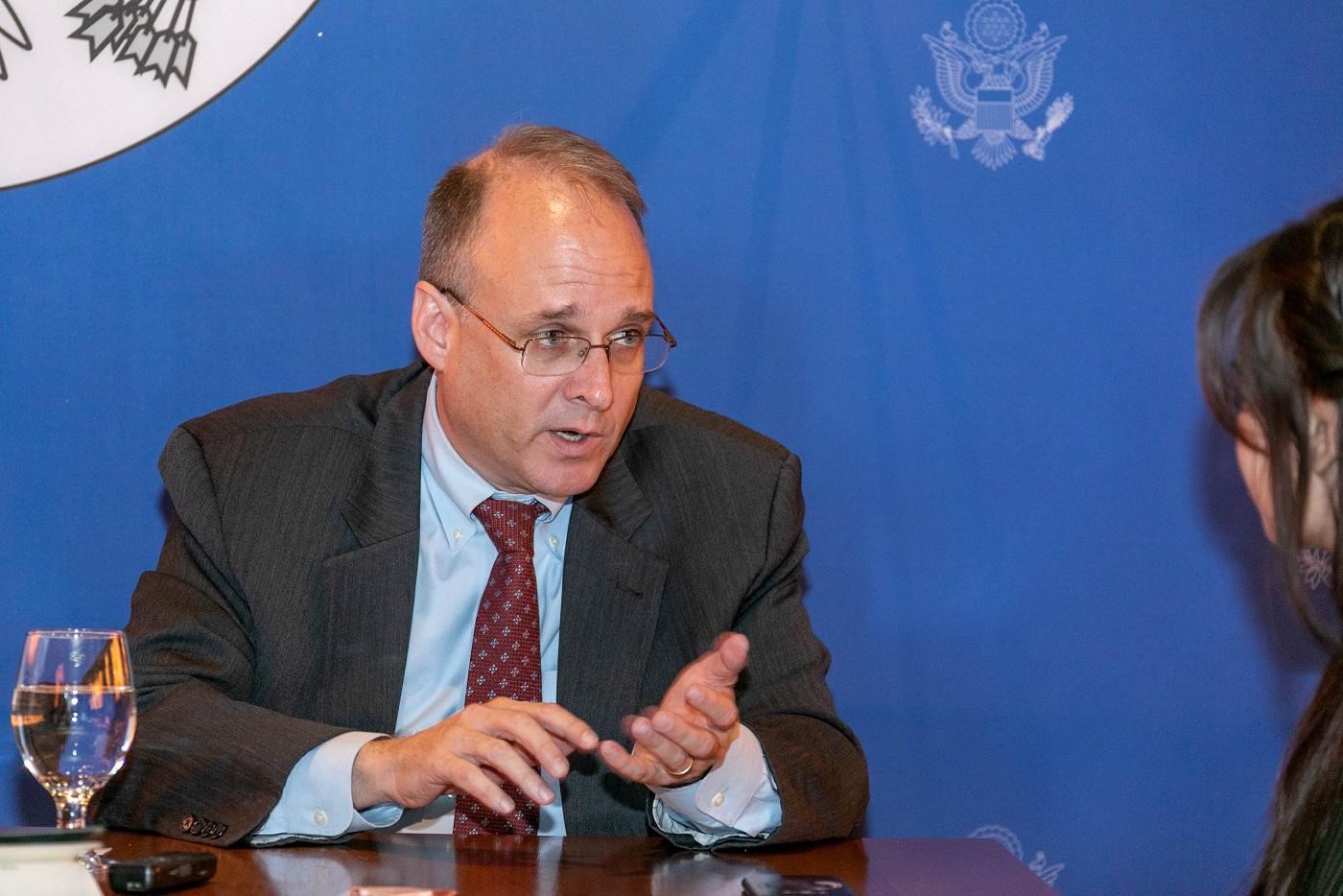 It’s ‘definitely’ possible for Mongolia to get off the grey list by 2020, says US senior official

-- Money laundering and proliferation financing are a never-ending fight --

The UB Post sat down with Marshall Bilingslea, the assistant secretary for terrorist financing at the US Department of  Treasury, on December 13 for a small roundtable with the press. The meeting focused on Mongolia's placement on the grey list of the Financial Action Task Force (FATF), US support to Mongolia on strengthening the country’s anti-money laundering and counter terrorism financing (AML/ CTF) system, and recommendations for exiting the watch list quickly among other important topics.

Bilingslea and his team from the Treasury Department are visiting Mongolia for the first time to demonstrate the USA’s support to the Mongolian government and financial system, engage in discussion on how the USA can best help the government of Mongolia, and implement a number of important reforms that will protect Mongolian banks, the financial industry, and the people in Mongolia by fighting against corruption, money laundering, tax evasion and other financial crimes.

During his visit, Bilingslea met with President of Mongolia Kh.Battulga, Minister of Finance Ch.Khurelbaatar, who is leading the taskforce for getting Mongolia off the grey list, Minister of Justice and Internal Affairs Ts.Nyamdorj, Minister of Foreign Relations D.Tsogtbaatar. He detailed that his meetings with Mongolian officials are aimed to make improvements in the law, improve the way Mongolia polices its financial system, and strengthen bilateral cooperation.

At the beginning of the roundtable, the US senior official specialized in money laundering, terrorism financing and other financial crimes stressed the importance of successfully prosecuting and confiscating funds that are created by corruption or financial crimes for advancing Mongolia’s AML/ CTF system.

Mongolia and the USA are on the same page when it comes to getting Mongolia off the grey list.

“We, the US, want Mongolia to get off the grey list as soon as possible. But we don’t want to cut corners. We want to work together to make sure that we’re not just putting check marks on the box but building a really effective system to protect the finances of the Mongolian people,” said Bilingslea.

The assistant secretary for terrorist financing answered a couple questions in relation to Mongolia’s placement on FATF’s watch list.

What risks are posed Mongolia due to the grey-listing? For instance, do you think western banks will increase their compliance costs?

It’s not the grey-listing that is the issue; it’s the things that are documented that need to be fixed and that’s what’s important to focus on. I do think that the government of Mongolia, I know and this is a fact, has done an excellent job of passing a number of new laws and a number of new regulations to fix many of the areas that were identified. There’s still work to be done but I don’t believe that the calculus of international banks are affected by the grey-listing. It’s more affected by the underlying issues that still need to be done.

What are these underlying issues that you speak of?

What I’m really happy to hear from the government is a real commitment to investigating financial crimes and to prosecuting and convicting people who break the law. There are many kinds of financial crimes, but the commitments that have been made and the investigations that are underway gave me a lot of confidence that the government really is committed to fighting against money laundering.

The case on politicians’ involvement in the Small and Medium Enterprises Development Fund hasn’t been resolved. What do you think the main reason Mongolia got grey-listed?

What I would say is that the important thing is to work with the banks to make sure that financial transactions are conducted through the banks because the banks are the first line of defense. They are the gatekeepers. You have a number of banks here that are very good banks with strong compliance programs. I think that the more financial activity is channeled through Mongolian banks, the better.

The grey-listing really was focused on a number of specific areas where work can be done. It was not tied to any one particular investigation.

What should our country do first to get off the grey list urgently?

It is very clear to me from all of the meetings I’ve had with the president and ministers that the government is very committed to this effort. We, the US Treasury Department, is also very committed to helping. In fact, we have moved one of our technical experts as a treasury attache who is now at the embassy specifically to help. The action plan that was agreed upon between the FATF and the government is pretty clear on the 40 areas that recommendations were made.

As I said, there has been very good progress on many of these, and now the key is for the government to demonstrate the effectiveness of the laws and regulations that they have put in place in the coming months. We will work together on a bunch of different issues – real estate, cash coming across the borders, prosecutions and investigations that I mentioned, effective supervision of law firms, and accounting firms. These are all areas that the FATF suggested could be focus areas for the work.

I heard that the USA was one of the countries that suggested Mongolia should be grey-listed. If this is true, what was the main accusation?

I want to be very careful with the words we use because this is not an accusation process. The processor is called a mutual evaluation and every country goes through it. It’s very difficult because it’s pure review and standards are very clear. Every country is assessed against global standards. The reason we have these global standards is that all of our financial systems are now connected. Mongolian banks and financial system is connected to South Korea, for instance. The health of the financial regulatory system in one country ultimately affects the health of the financial system globally.

The USA was heavily involved in the review process and we believed that the process was fair and accurate. Simply by the book, Mongolia should go into the grey-listing process. That said, we are – as a country – so committed to Mongolia's future as a democracy with a strong economy. We want Mongolia to get off the grey list as quickly as possible. That is why I’m here.

The president of Mongol Bank said previously that Mongolia would get off the grey list by the end of 2020. Is this possible?

It’s definitely possible. It’s really in the hands of the government. It depends on how quickly enforcement of some of the new laws, as well as some of the old laws, can be demonstrated. One of the things we are doing while we’re here is sharing information that can help the government identify some areas where enforcement action can happen as a way of demonstrating effectiveness to the FATF.

We, the USA, co-chair with the government of Italy the review process, and so we are absolutely determined that Mongolia will be treated fairly in the same way as every other country.

How will the grey-listing impact businesses and individuals, especially those working with other countries?

Again, I don’t think it’s the grey-listing that is affecting how countries work with Mongolia. The grey-listing is simply a self-improvement process that focuses on specific areas where there might be weaknesses. By the way, every country in the work has weaknesses in its system – the USA does. Part of what I do is work to protect the US financial system to help us improve the way we monitor and investigate financial crimes. So, no one should claim to be perfect. Because of the size of our economy, we actually face a lot of different risks and most of the risks that Mongolia faces are, in fact, risks we’re very familiar with on the US side. Part of what we are doing by putting the Treasury Department expert into our embassy is that we want to bring that experience and suggest ways we have found helpful to improve the laws and regulations.

Real estate is a good example. It is a big issue in the USA and there’s money that gets laundered through our system through real estate transactions. It is a very harmful way money is laundered because when you have this huge pieces of property that get built and nobody lives in them and the prices go up and up, normal citizens in Ulaanbaatar can’t afford to live in that neighborhood. It really warps the whole way the government tries to take care of the Mongolian people. That is an area we have a lot of experience dealing with in the USA and that’s a good example of where we’re collaborating on ideas to help.

The Mongolian parliamentary election will be held next year. Is it possible that there was some kind of political agenda for adding Mongolia on the grey list right before the election?

This process of the FATF is a very technical process focused on the facts in the financial system. It is not a process where we would allow political considerations to affect the outcome. Every country goes through elections and election processes and I wouldn’t want to comment on the upcoming election.

I’d like to bring the attention to border security. It is one of the key challenges Mongolia faces in eliminating money laundering. What kind of assistances can we expect from the USA in this area?

That is an area we have been talking about even before my visit. Mongolia shares a very long border and something that the government is very committed to doing is increasing customs enforcement at the borders to make sure people don’t cross the border with big bags of cash. That’s very important to us as well, because often the cash are US dollars. We don’t want to see US dollars being part of any kind of trafficking process. That is an area we have been sharing information and ideas on. The government has started implementing new technologies and new capability and that is something we very much support.

What would you recommend for ensuring the implementation of the action plan?

I would recommend and am recommending that  we view this entire process as a journey where there’s never an end to the fighting against money laundering and proliferation financing is a never-ending fight. Once Mongolia is off the grey list, the fight doesn’t end. Our recommendation is to view the action plan as a road map to make the kinds of investments that are needed for the future. The heart of it is to view this as not as a crisis – because it is not a crisis – but view it as an opportunity to invest in the people and the experts in Mongolia who will protect the economy. 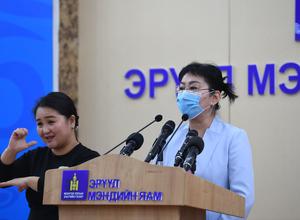 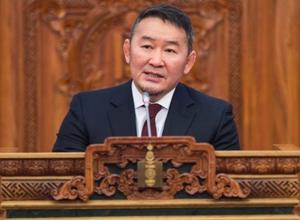 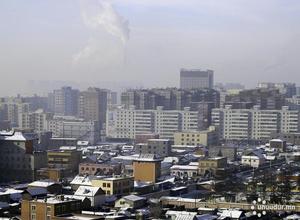 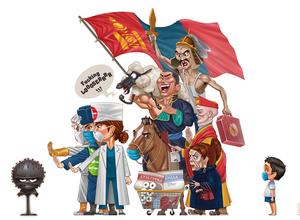