If two cars crash in front of you and the drivers are thrown out of the car, what is the first thing you will do? If a pregnant woman loses her consciousness on the street, how can you help? Will you standby in shock as precious seconds pass by? During the fleeting moment of your hesitation, these people’s lives could be put in greater danger. You can’t anticipate these events but you can prepare for these unexpected health emergencies by learning first aid.

First aid can provide you basic life-saving skills and the knowledge you’ll need when time is the most critical. These skills can often help prevent deaths from accidents and lead to faster recovery post-accident.

The British Red Cross’s 2016 report, “Are prehospital deaths from trauma and accidental injury preventable?”, showed that the percentage of potentially preventable or preventable deaths remains high and unchanged at 39 percent since 1994, and while calls for assistance were made in up to 93 percent of cases, first aid intervention of any kind was not as frequent.

“A bystander or passer-by was on scene during, immediately after or in the minutes after the point of injury in up to 52 percent of cases. However, when those found dead are excluded, a first aid intervention was attempted in between 43 and 57 percent of cases. This is despite the injured potentially being alive at this stage. This presents an opportunity to help, but is often a missed opportunity,” it said.

The UK has been providing first aid education for a long time compared to Mongolia, with over a century difference.  Yet, it is surprising to see the first aid intervention during emergency situations being this low – basically first aid is attempted in one in every two trauma and accidental injury cases. This rate is likely to be lower in Mongolia, where people receive first aid training on a voluntary basis and lack learning resources.

There aren’t any recent studies on first aid and preventability of accidents in Mongolia, except for the “Study on Real-Life Situation of First Aid During Road Traffic Accidents” conducted in 2013. It reported that 40 percent of accident victims received first aid from people who accompanied them, such as drivers. However, 66.7 percent of these interventions were found to have been performed incorrectly. It also highlighted that half of surveyed Mongolians had no knowledge of first aid, while a quarter had attended a first aid training.

As for preventability of prehospital deaths, Health and First Aid National Trainer S.Namsraijav cited an international study, which indicated that up to 75 percent of traffic accident deaths in Mongolia could have been prevented with first aid. However, he warned that wrong first aid administration is dangerous as it could worsen the patient’s condition. For example, people shook an unconscious man who fell from a four-story building and transported him in a sitting position in a car when the ambulance was taking too long. As a result, they unintentionally caused more damage to the man’s spine injury, which made him lose his ability to walk. This shows how important it is to learn proper first aid.

Road traffic accident has been identified as the eighth leading cause of death in Mongolia. According to the Traffic Police Department, the number of deaths caused by road traffic accident was 479 in 2016, 507 in 2017, 562 in 2018, and 561 in 2019. In the first half of 2020, 180 people had died in a road accident. Based on the survey mentioned before, over 400 deaths could have been prevented in 2019 and over 100 deaths in the first half of this year if these people had received proper first aid.

What is first aid?

An accident could be around the corner. First aid is the first and immediate assistance given to any person suffering from either a minor or serious illness or injury. However, unlike the medical assistance provided by trained professionals, such as nurses and doctors, first aid can be performed by anybody.

By learning first aid, you can help prevent death or serious injuries from worsening until the ambulance arrives. Your care could be the only thing preserving the life of a seriously injured person until help arrives and we all know that in Mongolia, emergency services can take a while to reach the scene of an accident, especially during rush hour.

The key aims of first aid can be summarized with the acronym of “the three Ps”:

Preserve life – your main goal should be to keep the person alive.

Prevent further harm – keep the injured person safe and from becoming injured any more. It is always recommended that you do not move them until help arrives.

Promote recovery – try to help fix their injuries as best as you can.

Taking a first aid course run by a highly qualified medical, health or emergency services professional teaches you lifesaving skills and gives you the confidence to know when and how to act in an emergency. Most importantly, it will benefit you, your family, coworkers and strangers in a crisis.

How can you learn first aid?

The internet and fast-evolving online services are providing us better opportunities to learn. Many organizations and companies are providing online first aid training courses and sharing relevant information on the internet. However, it is best to learn first aid in a classroom where you can practice CPR and other hands-on techniques.

On September 14, I got the chance to attend the Mongolian Red Cross Society’s full-day first aid training as the humanitarian organization celebrated World First Aid Day, observed every year on the second Saturday of September. The annual campaign promotes the importance of first aid training in preventing injuries and saving lives.

Most first aid training is provided for three days but MRCS had adjusted the training length to allow more people, especially those with busy schedules, to complete the comprehensive training in just one day, or eight hours to be exact. My training was conducted by S.Namsraijav, a health and first aid national trainer who currently runs the Youth Program Leader of the Mongolian Red Cross Society, and Z.Usukhbayar, head of the Red Cross Committee of Sukhbaatar District. The first aid training began with a simple test on your knowledge of first aid, which made me realize how little I knew about what I should do and how I should respond to emergencies.

The training covered a wide range of topics, including basic history of the Red Cross, general human anatomy, traffic accident statistics in Mongolia, importance of first aid, performing cardiopulmonary resuscitation or CRP to adults and children, different forms of bandaging, and response to chocking among other important topics. Eight hours might seem short but a lot was covered without while offering opportunity to practice hands-on skills, such as resuscitation on a manikin or helping save a choking adult, child or baby.

Moreover, the two trainers shared their own experiences during each topic, which helped make the training more interesting and relatable. In just a day, I was equipped with basic lifesaving skills that I can share with others and use to provide appropriate first aid immediately to a person suffering from minor or major injuries. I learned the importance of assessing the safety of the surrounding when approaching a scene, steps to take before and after calling an ambulance, and the importance of having a first aid kit.

Red Cross regularly organizes a full day first aid course for different age groups. The most popular ones are said to be courses for children and adults. The humanitarian organization stressed the need for more people, from young to old, to learn first aid to save lives, reduce the number of casualties and accidents and promote them to be more alert and safe in surroundings they dwell in. Within this scope, Red Cross set up small first aid centers near 10 “black locations” with the highest accident rate together with the ministry of health and other relevant international bodies. These centers will provide first aid training to locals and enable people who sustain injuries nearby get necessary help before emergency services arrive.

To conclude, I encourage everyone to learn first aid in any way they can as it is helpful in dealing with trauma situations, promotes a healthy, secure and a safer environment, and instills confidence amongst people, their families, their colleagues and associates. Moreover, Red Cross provides first aid certification upon completion of training, which would considerably enhance your employability. It’ll not only make your CV stand out but also show that you possess a number of transferable skills, including an ability to keep level head in high stress situation, compassion, and advanced problem solving skills. Ultimately, becoming capable to administer first aid is useful to oneself and the society. 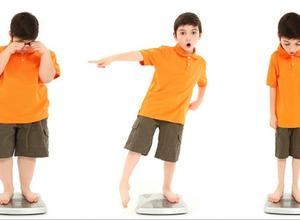