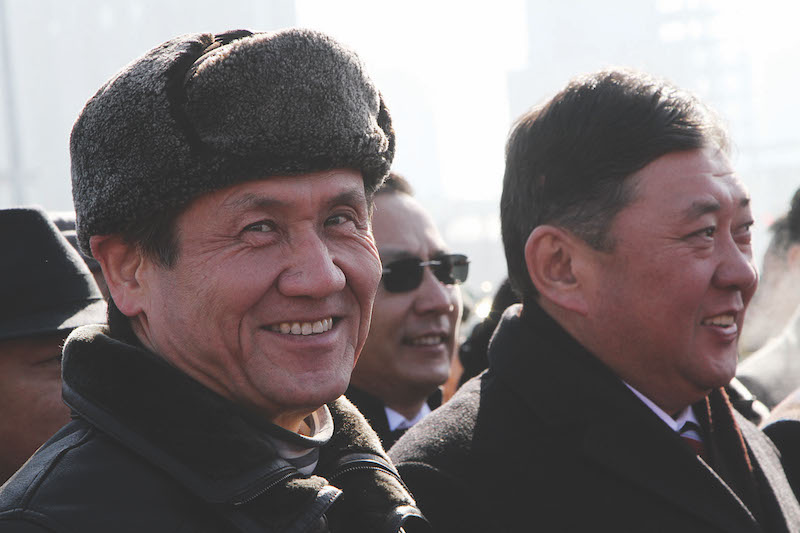 MPRP Chairman N.Enkhbayar and MPP Chairman M.Enkhbold during Day of Patriots[/caption] Mongolia's two leading opposition parties, the Mongolian People’s Party (MPP) and Mongolian People’s Revolutionary Party (MPRP), held a press conference on Monday to announce that they will be forming a coalition ahead of June's elections. The coalition will be chaired by MPP Chairman M.Enkhbold. The Board of Directors of the party will be headed by former President of Mongolia N.Enkhbayar. Members of the Mongolian People's Party and the Mongolian Peoples' Revolutionary Party reached an agreement to form the coalition after intensive negotiations. The decision will be submitted for approval to the ruling councils of the two parties on Tuesday, Ch.Khurelbaatar, a lawmaker from the MPP, told press conference attendees. Representatives of the two parties said that they will fight together against any illegal inspections or examinations of legal bodies in regard to candidates put forward by the coalition for the upcoming parliamentary elections.
SHARE
Share on Facebook
Tweet on Twitter
Previous article Light industry minister instructed to establish on-lending loan agreement
Next article National development model discussed

Only working groups to convene this week