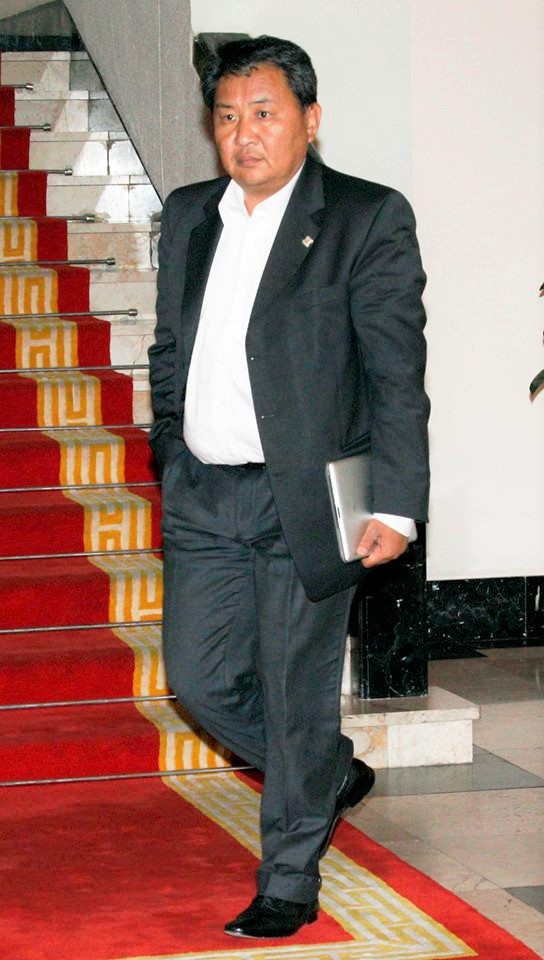 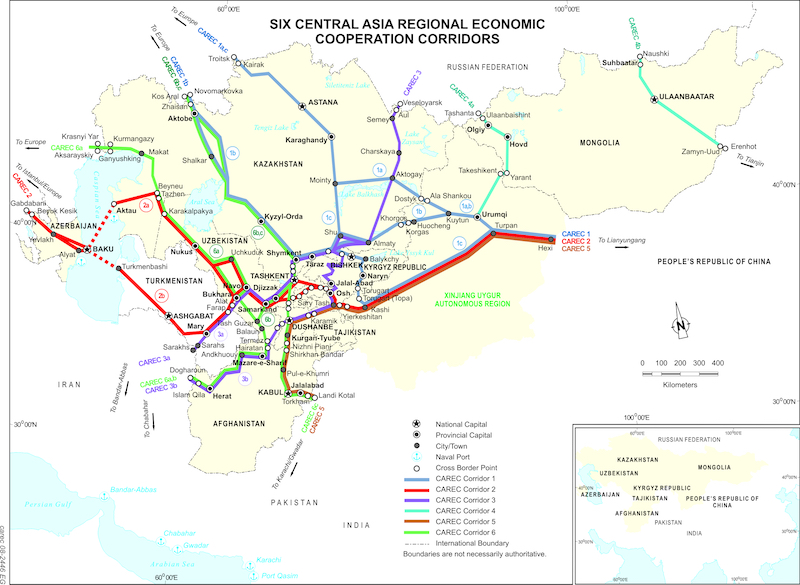 Member of Parliament and Minister of Roads and Transportation M.Zorigt spoke about reform in the roads and transportation sector and ongoing projects in the interview below. Recently, there have been several instances of duplicate license plates, which brought a lot of complaint to the National Center of Auto Transportation (NCAT). As the minister in charge, what kind of measures are you taking to settle this issue? Out of approximately 791,000 vehicles registered at national scale at the moment, 324,000 vehicles are used outside of the capital and over 467,000 vehicles within the capital. In other words, 59 percent of the total vehicles in Mongolia is driven in Ulaanbaatar. Provinces have sufficient amount of license plates but in the capital, around 440,000 licenses have been distributed out of 500,000 available license plates. The Ministry of Roads and Transportation, NCAT and the General Agency for Specialized Inspection conducted a joint inspection around license plate factories following complaints about overlapping license plate numbers. Illegal production of license plates were the main reasons for overlapping license plate numbers. Six factories met requirements, passing the inspection. Some kind of violation was detected from the other factories.

59 percent of the total vehicles in Mongolia is driven in Ulaanbaatar.

How will factories that failed the inspection due to violations be held accountable? The law states that their licenses can be suspended or even terminated. What kind of measures are being taken in terms technical inspection services for vehicles?

MP and Minister M.Zorigt[/caption] Equipment and technology for vehicle inspections require vehicles to go in one by one. According to the technological regime, inspection for a passenger car lasts 15 minutes and inspection for buses last 20 minutes. At minimum, 10 to 15 vehicles can be inspected within an hour. Four centers for technological inspection started working extended hours from January 2014 to provide quick services, enabling the public to undergo inspection during the weekends. These centers are working from 8:00 a.m. to 8:00 p.m. on weekdays, and from 9:00 a.m. to 7:00 p.m. on weekends throughout 365 days of the year. Employees work for 11 hours a day on average. Centers have the capacity to inspect more than 500,000 vehicles annually. A technological inspection center is set up in each province and for a year we have been checking cars in mobile form with a fully-equipped vehicle. In general, our engineers and technicians focus more on defining the cause of violations or failures, taking measures for risk prevention, distributing professional methodological consultation besides eliminating violations and supervising the implementation of relevant laws, regulations, rules and standards. What is the ministry doing to make technical inspections and vehicle registration accessible to remote provinces and districts? Last year, around 280,000 vehicles underwent technical inspection in Ulaanbaatar. On average, the number of vehicles inspected annually increase by some 50,000 and around 10,000 vehicles are unregistered or transferred. Based on this, over 320,000 vehicles are estimated to receive technical inspection this year. Although technical inspection centers in Ulaanbaatar are working at 70 percent of their full capacity, vehicles in some remote soums and districts are facing various issues, such as not being able to get inspection. At the moment, the ministry is planning to establish an inspection center with one to two entrance lanes in Baganuur District. Once opened, the center will provide all road transportation services from one spot, including vehicle registration, auto repair services and professional drivers’ services. The NCAT engages in international and inter-city transportation. It has begun transporting passengers to China’s Erenhot and Russia’s Ulan-Ude. Will new routes be opened? Apart from demands and needs for new routes, we’ll have to consider health and safety conditions, negative impact on the environment, and security of transportation in that region. Currently, more than 900 buses provide public passenger transportation in 78 routes between provinces and outside of the country. We’re studying ways to expand services, particularly for opening new routes. A new Ulaanbaatar-Erenhot-Ulaanbaatar route was launched in December 2015. Presently, three companies are transporting passengers through this route every two hours. The route between Ulaanbaatar and Ulan-Ude is relatively old as it has been available since 2005. The number of passengers to Ulan-Ude rapidly increased in 2015, when the visa-free regime was introduced. Through an agreement with China, we plan to open a new Ulaanbaatar-Manzhouli-Ulaanbaatar route. Currently, we’re doing preparation work and studying passenger transportation companies, buses, parking areas, and road conditions. Mongolia will start transporting people to Manzhouli city in Inner Mongolia by June 2016. Mongolian trucks used to be detained for many hours at Burgastai, Baitag, Yarant and Dayan border points and were charged fees. The ministry discussed these issues with the Chinese side and received their cooperation for preventing these types of difficulties in the future. Overall, the Ministry of Roads and Transportation is paying a lot of attention on the comfort and safety of the public.

Mongolia will get the opportunity to transport passengers and cargo to Tianjin seaport, Kazakhstan, Kyrgyz, Pakistan and other countries in the region by passing through Russia and China.

How is the project to build a transit road between Ulaan-Ude, Ulaanbaatar and Tianjin progressing? Mongolia, Russia and China are pushing forward the establishment of a trilateral agreement for a transit road. All sides approved the draft agreement and plan to sign it during the Council of Heads of Governments of the Shanghai Cooperation Organization in Tashkent city in June. Through this agreement, Mongolia will get the opportunity to transport passengers and cargo to Tianjin seaport, Kazakhstan, Kyrgyz, Pakistan and other countries in the region by passing through Russia and China. A meeting of representatives form Mongolia, Russia and China in charge of preparation work for the trial transportation of the Ulaan-Ude-Ulaanbaatar-Tianjin route will be organized on May 23, 2016. Complicated issues will be resolved during the meeting. Buses to be used during the upcoming ASEM Summit will be imported to Mongolia with assistance from the NCAT. The ASEM Summit will kick off two months from now. Are these buses ready for use?  It was decided that large buses would be supplied from the Republic of Korea through a soft loan in accordance with the Project to Support International and Intercity Public Transportation Services, which was initiated within the general framework of our two nation’s agreement on loans to be granted from 2011 to 2015 from the Economic Development Cooperation Fund. Accordingly, the government of the Republic of Korea signed a contract to sell large buses for discounted prices. The contract states that Hyundai Motors Company will export 43 buses with 45 passenger seats by June 30, 2016 to Mongolia. In addition, GPS devices will be installed in these 43 buses and monitored through an integrated system. Distribution of the buses will be determined after relevant research. We’re also installing control and security systems in 21 Toyota Prius cars, manufactured in 2016, which will be used by the traffic police during the ASEM Summit. Roads and traffic services of auto stations in Ulaanbaatar seem to be inadequate. What is being done for improving services and buildings? Auto station services are the closest service to the public. We’re focusing on improving them so that they can provide faster services. Auto stations should become as grand as airports and have good services dedicated to the public. The launching of the SOS service for people with disabilities, online ticketing service and Instant Service seem to have really pleased the public. Special signs for priority seats for elders, pregnant women and people with disabilities were placed next to the first two row seats of buses. Auto stations now have a doctor who examines drivers before they drive a bus. A new service to call owners of vehicles blocking pedestrian crossings and garages has been introduced. Helpful services necessary for people have to be introduced as much as possible in the roads and transportation sector.
SHARE
Share on Facebook
Tweet on Twitter
Previous article Democracy vs. Demoncracy in Mongolia
Next article Misfortunes of the mayor