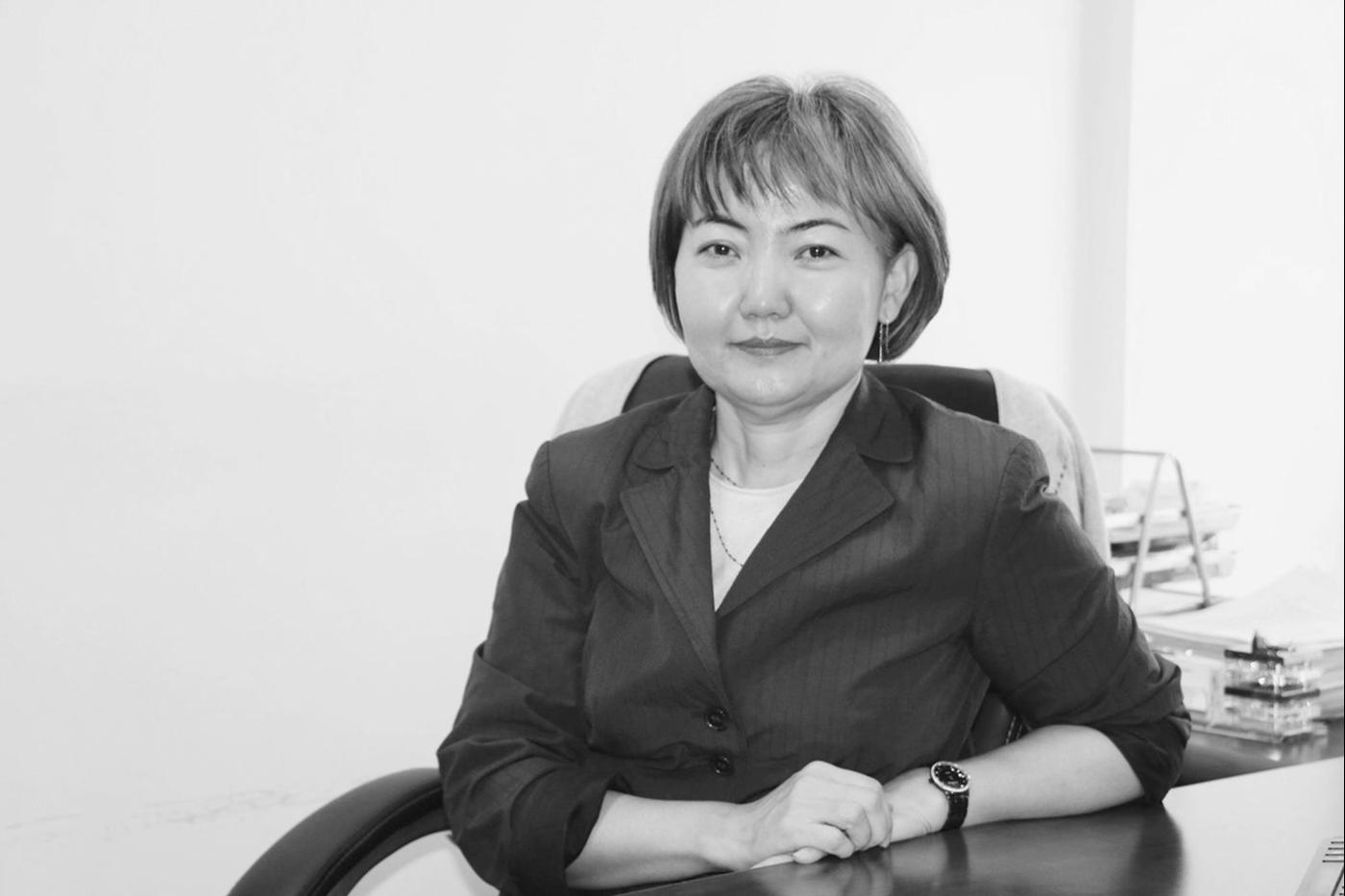 In the following interview, Assistant Representative of the United Nations Food and Agriculture Organization (FAO) in Mongolia G.Nyamjargal delved into the level of food security in the country.

How is the situation of food security in Mongolia? How is food insecurity measured?

Food safety is a very broad concept. Whether or not this is ensured is measured by the development of the agricultural sector, natural and environmental conditions and economic opportunities. It is also determined by the long-term sustainability of cooperation between sectors and government policies and decisions.

The World Food Summit of 1996 defined food security as existing “when all people at all times have access to sufficient, safe, nutritious food to maintain a healthy and active life”. Commonly, the concept of food security is defined as including both physical and economic access to food that meets people’s dietary needs as well as their food preferences. In general, food security is measured by four key indicators: food supply, access, nutrition and sustainability. Our country determines food supply based on the methodology for calculating the statistical indicators of food security approved by the National Statistics Office (NSO) in 2015.

In addition, in order to determine the food availability in Mongolia, it is necessary to study the food consumption of households and people living in different geographical, social and economic conditions. However, there is no comprehensive study conducted at the national level for this purpose. Every two years, NSO estimates food availability based on household social and economic surveys. From 2014 to 2018, the caloric amount of food consumption per person was 2,114 to 2,275 kcal, while the amount in the western region was the lowest, at 1,823 to 2,063. It varies depending on the social and economic differences and the living environments of citizens. It was seen that the daily calorie intake of a high-income household is 1.7 times more than that of a low-income household.

Does it mean that not being able to consume nutritious food is considered a form of food insecurity?

Yes, it can be understood that way. Food insecurity can be determined based on eight questions, such as whether the amount of food has decreased due to a lack of money or other resources in the past 12 months. Between 2014 and 2016, 21 percent of the population and from 2018 to 2020, 26.2 percent answered that they are unable to guarantee food security. This means that a quarter of all households do not have access to enough food to meet their needs and may even face starvation if the situation worsens.

What causes food insecurity and inaccessibility?

There are many reasons for poor food access. The main reasons are household income and food costs. There are statistics that households in Mongolia spend 29 to 45 percent of their income on buying food. For instance, the high-income group spends 29 to 30 percent and the low-income group spends 42 to 45 percent of their income on food. The lower the family income, the less they are likely to afford food and meet their other important needs such as education and health. Compared to 2020, the price of food products and consumer goods has increased by 20 to 160 percent this year, so it’s safe to say that situation of food security has gotten a lot worse.

In times of severe weather conditions such as drought and dzud, it is necessary to properly plan and create conditions for the continuous supply of safe and nutritious food to the people. There is a need to understand that cli- mate change disrupts food nutrients and exacerbates malnutrition at every stage of the food chain on top of the need to improve coordination between agriculture and the environment through policies and solutions.

Is there any research on how climate change affects people’s livelihoods and the nutritional status of our country?

FAO, UNICEF, the International Food Policy Research Institute and the Mongolian University of Life Sciences jointly conducted a study on this matter. The study concluded that climate change can have a positive effect on the air temperature, rainfall and agriculture in Mongolia. In specific, the winter harvest is likely to increase. As a result, by 2050, it is possible to increase the yield of cereals by 4 percent and that of potatoes by more than 28 percent. On the other hand, in the next 30 years, the air temperature in our country will be five times warmer than the current average and may affect the livelihood, food and nutrition of people in rural areas. Therefore, long-term and planned works should be done to solve the lack of nutritious food, increase the varieties of food and grow the demand and consumption of healthy food. The above research report included proposals and recommendations for a series of measures to be taken in this regard.

In addition, having sufficient amount of nutrition and ensuring quality and availability of food for households are important for ensuring food security. According to the results of the said research, micronutrient deficiencies are common among all population groups, especially infants, young children and pregnant women. At the regional level, overweight and obesity continue to increase among all age groups, becoming the greatest potential risk to population health. Specifically, 61 percent of adult men and 51 percent of women are overweight in Mongolia. If nutrition is not addressed, the prevalence of chronic non-communicable diseases associated with overweight and obesity will hike. Therefore, food and nutrition security policies should focus not only on food supply but also on increasing nutritional status.

The UN Food System Summit took place in September 2021. In anticipation of this summit, the analysis of the state of the food system in Mongolia was carried out in cooperation with FAO and the EU. It showed that the food situation of the population may worsen in the country due to the imbalance of consumption. Vegetables, fruits and dairy products are still dependent on imports and purchases of low-energy and low-nutrition beverages and processed foods are expected to surge. The livelihoods of small producers, herdsmen and farmers are likely to be at risk due to threats such as pasture degradation and soil erosion, loss of biological diversity and reduction in agricultural productivity. Moreover, poor infrastructure, poorly regulated value chains, insufficient food safety monitoring and regional imbalances remain problematic. The “Food Supply and Security” national movement initiated by the president is a timely work. If it is implemented based on research and analysis, significant progress can be made in ensuring food safety within five years.

For the first time in Mongolia, a bill on organic food is being drafted. What is the significance of passing this law?

Organic agriculture is integrated production management aimed at promoting and improving the health of agroecosystems, including biodiversity, biological cycles and soil activity. In addition to the final product, the issue of the complete production system is crucial. The system prohibits the use of genetically modified organisms, pesticides and fertilizers at all stages of production, processing, transportation and delivery. Therefore, in order to develop organic agriculture, it is necessary to clarify its legal framework.

How do you identify organic food? Which organization should supervise and control this task?

Third-party certification is essential because organic food cannot be directly distinguished from ordinary products. Certification builds consumer confidence in organic production and products, highlights the unique characteristics of organic farming and facilitates market access. Currently, the Joint Certification Program is mainly used for certifying organic agriculture globally. It is more suitable for small farmers. The problem in our country is the lack of proper knowledge and information about organic production methods and principles at all levels.

Mongolia uses various chemicals and pesticides in agricultural products. Some people say that because there is no organization to check them, people consume food that is harmful and contains chemical residues. What’s your position on this?

Pesticides are widely used to increase the quality and quantity of crops and combat plant pests in agricultural production. It has already been proven that the proper use of pesticides can prevent large crop losses. Therefore, it will continue to play an important role in agricultural production in the future. However, it is important to carefully study and always pay attention to the effects of such substances on people’s health and the environment. Risk assessment of pesticide residues in food is based on national pesticide registries and scientific studies. After determining the risk level, a limit is set at which the pesticide will not harm the human body. Currently, more than 4,300 maximum residue levels have been approved, covering about 200 types of pesticides. We follow the MNS 5868:2008 standard for pesticide residues in food products. This is an example of a direct translation of the standard approved by the Food Law and Regulations Working Group, which sets international food safety standards. The committee regularly updates the document and the last update was made in 2019. However, in our country, the above standard has not been updated since 2008 and due to the capacity of laboratories, pesticide analysis is carried out at a limited level.

It is true that due to their poor capacity, laboratories cannot regularly monitor pesticide residues in imported vegetables, fruits and other plants and plant products. However, without any evidence or research, it is impossible to immediately conclude that a particular type of food is toxic or contains chemical residues. In order to improve the situation, the draft program for controlling pesticide residues in plants and plant-based food products was developed with the technical assistance of FAO. It needs to be discussed and approved by the relevant authorities. By implementing the program, there will be benefits such as conducting risk-based monitoring of domestically produced and imported food products, increasing the capacity of laboratories, raising the quantity and frequency of testing of vegetables, fruits and grains, and setting the maximum allowable amount of pesticide residues in accordance with international standards. 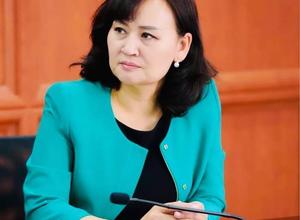