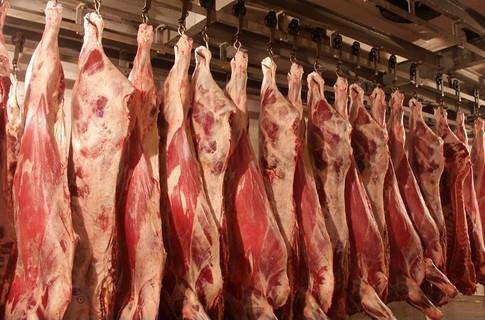 The Ministry of Food and Agriculture reported that Mongolia exported 56 tons of meat to China through the Burgastai Port in April. Last December, Mon Tuva LLC from Uvs Province exported 16 tons of meat to China for the first time. This time, the company exported mutton and goat meat to China. The government using the Burgastai Port, located in Govi-Altai Province’s Altai soum, to improve meat export to China. Currently, the port is operating only during even numbered months. The government hopes to operate the port all year round in the near future. The next batch of meat export to China is expected to take place in June. Officials said that the meat export volume is uncertain. Currently, only Mon Tuva LLC is exporting meat to China. Ministry representatives said they are discussing to increase the number of meat exporters in Mongolia. Last year, representatives from the General Administration of Quality Supervision, Inspection and Quarantine (GAQSIQ) of China conducted inspections after restrictions had been placed on meat from the western and central regions of Mongolia due to the outbreak of foot-and-mouth disease. GAQSIQ announced that livestock from Uvs, Zavkhan, GoviAltai, Khuvsgul, and Bayankhongor provinces were free of foot-and-mouth disease, and allowed meat exportation through the Burgastai Port.
SHARE
Share on Facebook
Tweet on Twitter
Previous article Pandemic control and immunization coverage to determine speed of economic recovery
Next article World Bank: Stimulus program will drive economic recovery