Mongolia remains lenient on trafficking offenders but merciless on victims

The report highlighted that Mongolia has amplified its efforts to eliminate this crime by investigating, prosecuting, and convicting significantly more traffickers (including in relation to alleged forced labor crimes), improving coordination among ministries and with key international and NGO stakeholders, and repatriating more victims than the previous reporting period.

The report indicates that Mongolia’s increased law enforcement efforts have made the penalization for sex trafficking and labor trafficking “sufficiently stringent”. However, there were cases when authorities prosecuted trafficking crimes under statutes carrying lesser penalties. In previous years, some prosecutors reportedly charged child forced begging cases as misdemeanors, rather than as criminal offenses. Observers noted complex case initiation and referral procedures, coupled with restrictions on contact between anti-trafficking police and prosecutors, at times hindered investigations and prosecutions.

The government frequently redirected law enforcement resources and personnel to contain the pandemic, interrupting certain anti-trafficking efforts. Despite this change, arrests, investigations, and judicial proceedings continued. During the reporting period, the government initiated 36 sex trafficking investigations involving at least 49 alleged perpetrators (compared with 10 investigations involving 24 alleged perpetrators in 2019). Eleven of these investigations resulted from police raids on saunas, massage parlors, hotels, karaoke bars, and other venues suspected of facilitating commercial sex, as well as from police monitoring of sex solicitation on social media.

As in previous years, the authorities did not initiate any new prosecutions of alleged forced labor crimes. However, they newly prosecuted a total of 21 defendants for alleged sex trafficking crimes. Proceedings against 40 defendants whose prosecutions began in 2019 were ongoing at the end of the reporting period. Courts convicted 18 individuals under anti-trafficking articles in 2020 compared to a total of 12 in 2019, but courts did not secure any convictions of labor traffickers (compared with three in 2019). Courts also convicted two individuals under Article 12.6 on organizing prostitution but failed to provide sufficient detail to ascertain whether these cases featured trafficking elements according to international definitional standards.

Due to the misconception among many government officials that traffickers only exploit women and girls, the authorities gave less stringent penalties to traffickers who targeted male victims, according to the report. Law enforcement authorities reported that judiciary officials’ general unfamiliarity with trafficking-specific provisions of the Criminal Code continued to lead to lesser charges in some cases.

“For at least the ninth consecutive year, the government did not formally identify any male victims. Police continued to penalize some child sex trafficking victims under commercial sex offenses, rather than formally identifying and referring them to protection services. Law enforcement officers found guilty of facilitating trafficking crimes received administrative sanctions, rather than facing criminal charges for their complicity,” the report read.

“In September, a police officer aided the owner of a massage parlor in abusing and coercing the continued labor of three Burmese nationals through threats of deportation. In response, GPD issued an administrative sanction barring the police officer from promotions or transfers for one year, but did not seek criminal liability for the officer’s complicity in forced labor. As in prior years, authorities did not report any criminal investigations, prosecutions, or convictions of government employees complicit in trafficking offenses,” the report read.

The TiP Report commended the Mongolian government for boosting efforts to protect victims, though over half of the 509 million USD budget for implementing the National Anti-Trafficking Program (2017-2021) and corresponding work plan was redirected to respond to the pandemic.

The government reportedly allocated 30 million MNT to fund the primary service provider NGO’s activities in shelter provision, psycho-social and medical care, and legal assistance. In October, Cabinet approved a resolution to increase the 2021 budget for child welfare by 2.5 billion MNT and to more than triple the number of child protection officers working nationwide.

The authorities did not maintain complete statistical records on victim identification or service provision. Redirection of human and financial resources to the pandemic response at times negatively affected the capacity of front-line officers to identify victims of trafficking, particularly among child victims of forced labor. Neither the government nor the primary service provider NGO identified any male victims during the reporting period, despite continued NGO reports of the prevalence of trafficking among men and boys. However, unlike the previous year, the government collaborated with an NGO on the identification of foreign victims of forced labor. According to available data, the police identified 40 female trafficking victims, including 24 girls – a decrease from 20 girls and 48 adult women identified in 2019 (20 total victims identified in 2018). Observers ascribed this decrease to the closure of businesses traditionally associated with commercial sex as a public health measure during the pandemic, which complicated law enforcement detection of some trafficking crimes.

The authorities referred as many as 41 Mongolian victims to NGO shelter services during the reporting period – a significant increase from five referrals in 2019 – although some of these may have originated from other NGOs or victims’ personal relationships. Police separately referred three potential child victims to government shelter services. With funding from the government, the primary service provider NGO reported assisting 46 potential victims, including 43 Mongolians and three Burmese nationals (compared with 34 Mongolian sex trafficking victims in 2019). Immigration authorities granted the Burmese nationals temporary residency status until they were ready to repatriate.

The NGO also provided 24 victims with pro-bono legal assistance during the reporting period (compared with 11 in 2019). The same NGO in turn formally supplied information on 13 cases involving 39 of the victims to GPD for criminal investigations into the relevant suspects (compared with 12 cases involving 20 victims in 2019). GPD’s Victim and Witness Protection Department reportedly staffed psychologists who were equipped to handle domestic violence cases, but they did not provide information on services provided to trafficking victims in 2020 (no services rendered in 2019).

In previous years, NGOs conducted screenings for at-risk women and girls at a key border crossing with China, at times advising some of them not to travel and providing them with information on available assistance options. Amid comprehensive border closures and travel bans during the pandemic, much of this work was suspended.

In 2020, the authorities partnered with NGOs to repatriate 15 Mongolian victims from Malaysia, compared with one each from China, Kyrgyzstan, and the Philippines in 2019.

“The government maintained efforts to prevent trafficking. Authorities postponed or curtailed some elements of anti-trafficking training, funding, and general interagency coordination as a result of the pandemic,” the report stated. “Under the management of a national sub-council, the National Anti-Trafficking Program aimed to provide technical guidance on trafficking prevention and coordinate interagency efforts to implement relevant legislation. Some contacts continued to express concern over insufficient interagency coordination, but the government sought expertise and resources from international donors and NGOs in an attempt to address this shortcoming,” the TiP Report said.

Together with international organizations, Mongolia conducted three trafficking-related research programs during the reporting period, namely an assessment on Mongolia’s anti-trafficking legislation, an analysis of risk factors among trafficking victims in Mongolia, and a study on child victimization through social media channels. However, it didn’t report on their outcomes or utilization.

A portion of government funding for the primary service provider NGO supported the maintenance of a hotline system. Although five potential victims were identified through the hotline, the calls did not result in trafficking investigations (compared with one sex trafficking investigation in 2019). Officials continued to disseminate a daily trafficking-themed public service announcement on social media and TV. In partnership with the government of South Korea, the Ministry of Labor and Social Protection continued to produce materials raising awareness on trafficking. Mongolian officials also participated in international training sessions on sex trafficking prevention under a four-year agreement with the South Korean government.

The authorities monitored labor agreements for foreign nationals working in Mongolia and those for Mongolians working in South Korea, Czech Republic, and Japan. It was found that these agreements were not always sufficiently implemented to prevent labor abuses, including trafficking. The General Agency of Specialized Inspection also inspected labor contracts, monitored compliance with the law for all workers in Mongolia, and conducted inspections of working conditions in Mongolian formal sector establishments. However, the agency was required to give employers five days’ advance notification before conducting an inspection in most cases, raising concerns that employers may have been able to conceal violations in the interim.

Officials stated redirection of human and financial resources in response to the pandemic constrained inspection activities. Observers noted the government did not take adequate measures to monitor or protect the labor rights of Mongolian truck drivers facing a range of vulnerabilities – including wage garnishing, arbitrary fines, injuries, and substandard living and working conditions – stemming from prolonged customs delays on the Chinese border and abusive policies set by attendant Chinese employers.

To improve regulation of recruitment practices according to international standards, the government collaborated with an international organization to draft revised labor legislation. The draft remained in process at the end of the reporting period.

• Increase efforts to investigate and prosecute trafficking offenses – including those allegedly committed or facilitated by law enforcement officials, and in partnership with law enforcement counterparts in common destination countries – using Articles 12.3 and 13.1 of the Criminal Code, rather than under alternative administrative or criminal provisions that prescribe significantly lower penalties.

• Amend relevant laws to ensure victims’ access to protection services regardless of whether officials initiate formal criminal proceedings against their alleged traffickers.

• Strengthen inter-ministerial coordination to combat trafficking and protect its victims.

• Amend Articles 16.1 and 16.4 of the Criminal Code to increase prescribed penalties such that they are in line with penalties for other child trafficking crimes.

• Amend relevant legislation to explicitly prohibit employers, recruiters, and labor agents from charging workers recruitment fees, confiscating their identity or travel documentation, switching their contracts without consent, and withholding their wages as a means of coerced retention.

• Allocate additional resources for (and increase efforts to train officials on) implementation of anti-trafficking provisions of the Criminal Code, especially among rural prosecutors’ offices.

• Allocate increased funding to support and expand both government and NGO-run shelters and other forms of tailored victim assistance and protection, including for male victims and children.

• Expand the availability of assistance funds to all Mongolian victims identified abroad regardless of what type of trafficking crime they suffer.

• Strengthen efforts to monitor the working conditions of foreign laborers employed in Mongolia and screen them for labor trafficking indicators, including by increasing funding, resources, and training for labor inspectors and allowing them to conduct unannounced inspections. 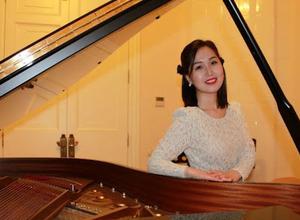 ‘My father taught me to uphold people’s trust’