Mongolia to spend India’s one billion USD loan on infrastructure 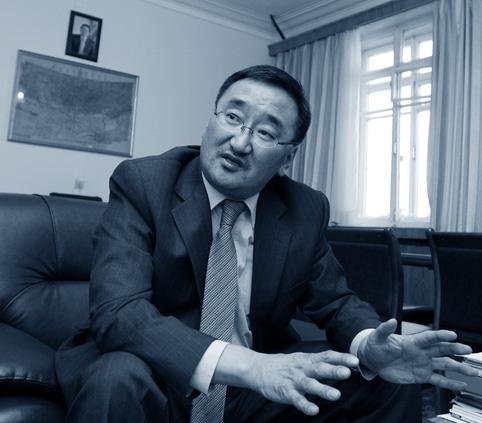 During his state visit to Mongolia last year, Prime Minister of India Narendra Modi promised to provide one billion USD in loans. Mongolian Mining Journal interviewed Minister of Foreign Affairs L.Purevsuren about details on the loan agreement and plans for spending. Last May, India said that it would provide a one billion USD loan to Mongolia. What will it be used for? In May 2015, Prime Minister Narendra Modi paid an official visit to Mongolia. During the visit, the prime ministers of Mongolia and India held official negotiations and exchanged views on expanding cooperation and relations between the two countries. Prime Minister Modi reported that the Government of India had decided to open a one billion USD credit line for ensuring Mongolia's economic growth, based on the importance of Mongolia’s infrastructure sector development. This is a long-term concessional loan. Does the Indian side have any requirements for the loan’s conditions and spending? Since 1990, Mongolia has taken out 27.5 million USD in concessional loans from India, which makes up one percent of the nation’s total concessional loans. Prime Minister Modi underlined that the loan will be issued for the nation’s infrastructure sector. The Indian side proposed a concessional loan with a 1.5 percent annual interest rate and an eight-year repayment period. At the beginning of April, government representatives from the Cabinet Secretariat, Finance Ministry, Foreign Affairs Ministry, and Roads and Transportation Ministry visited Delhi to negotiate with the Indian side on softening the loan conditions. As a result, the concessional loan will issued for a 25-year period with a 1.75 percent annual interest rate, and Mongolia will be exempt from repaying the principal payment of the loan for the first seven years after receiving funds. We are now working toward establishing the general loan agreement. We are planning to spend the money on infrastructure, especially in the railroad sector. Are there any other loans or financial assistance that will be provided to Mongolia in 2016? In addition to the concessional loan from India, we are negotiating on a one billion USD loan from China’s Exim Bank. The issue of taking out loans from Asian Development Bank, World Bank, and other international banks and financial organizations remains open. These issues will be regulated in accordance with the Law on Debt Management.
SHARE
Share on Facebook
Tweet on Twitter
Previous article Assessment of gender equality in the artisanal and small-scale mining sector
Next article The Opportunity to Join the Tomujin team has become available!