Mongolia wants to abolish the term 'mongolism' used for Down Syndrome 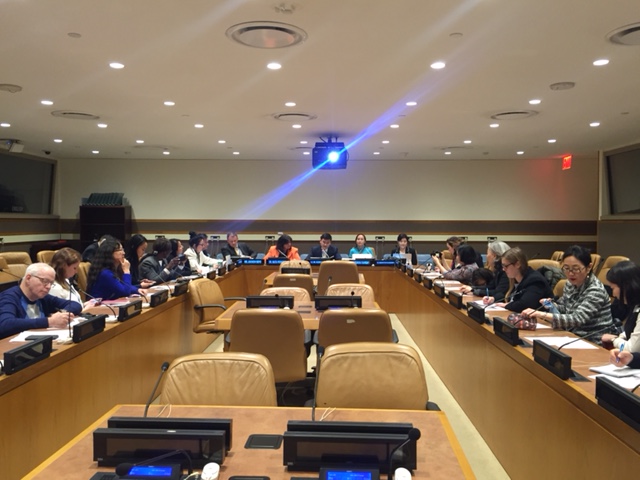 World Down Syndrome Day logo[/caption] Organized in support of the 2030 Agenda for Sustainable Development for people with disabilities and the UNICEF campaign to end violence against children and adolescents with disabilities, #ENDviolence, this event was organized for the first time abroad to generate  discussion among UN member countries, UN units, and other organizations, researchers, and NGOs to abolish the practice of using the term “mongolism” when referring to Down Syndrome and calling people with Down syndrome “mongoloids”. Although the World Health Organization has advised against using the term "mongoloid" for people with Down syndrome due to its racial implications, but the term is still used in certain parts of the world. The aim of this side event was to showcase how people with Down syndrome, especially children and mothers are discriminated against, how the stereotype of the term "mongol" and related words affects the dignity of people of Mongolian descent, and how to discontinue the use of this offensive term. The event featured Uuganaa Ramsay, a Mongolian author who has been exploring why Mongolia is linked to Down syndrome, a condition diagnosed in her late son. Uuganaa's book "Mongol" won the Non-Fiction Book Award from the Scottish Association of Writers and she was awarded with the Scottish Asian Women’s Award For Achievement Against All Odds, recognizing her achievements in the face of adversity and challenging circumstances. Following the publication of "Mongol", she worked with BBC Radio 4 and BBC World Service to produce the radio documentary "The Meaning of Mongol". During the event in New York City,  Executive Director of the WHO Office at the United Nations Dr. Nata Menabde noted that calling people with Down syndrome “mongoloids” is wrong, unfair, and is unscientific term. She expressed her willingness to cooperate with Mongolia to abolish the practice in the future. Andrew Boys, director of Down Syndrome International, said at the event that the best way to abolish the use of term “mongoloid” for people with Down syndrome is to improve public knowledge of Down syndrome, to make friends with people with Down syndrome and involve them in all aspects of society, and treating them like healthy individuals rather than considering them to be living with an illness.
SHARE
Share on Facebook
Tweet on Twitter
Previous article Smartphone addiction harms children’s mental health
Next article The EU-funded ‘Sustainable Plastic Recycling in Mongolia’ project is helping to improve waste management in Mongolia