As of September, a total of 313 billion MNT has been injected into mortgage loans for 4,447 loan applicants within the scope of the eight percent interest rate mortgage program, according to the central bank.

The government increased mortgage financing by 500 billion MNT this year. In particular, Mongol Bank will inject 192 billion MNT, or 16 billion MNT a month, into the mortgage program, while around 300 billion MNT is planned to be withdrawn from the state budget. 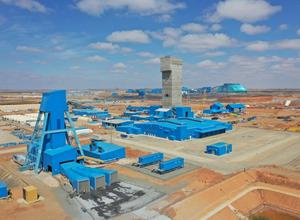