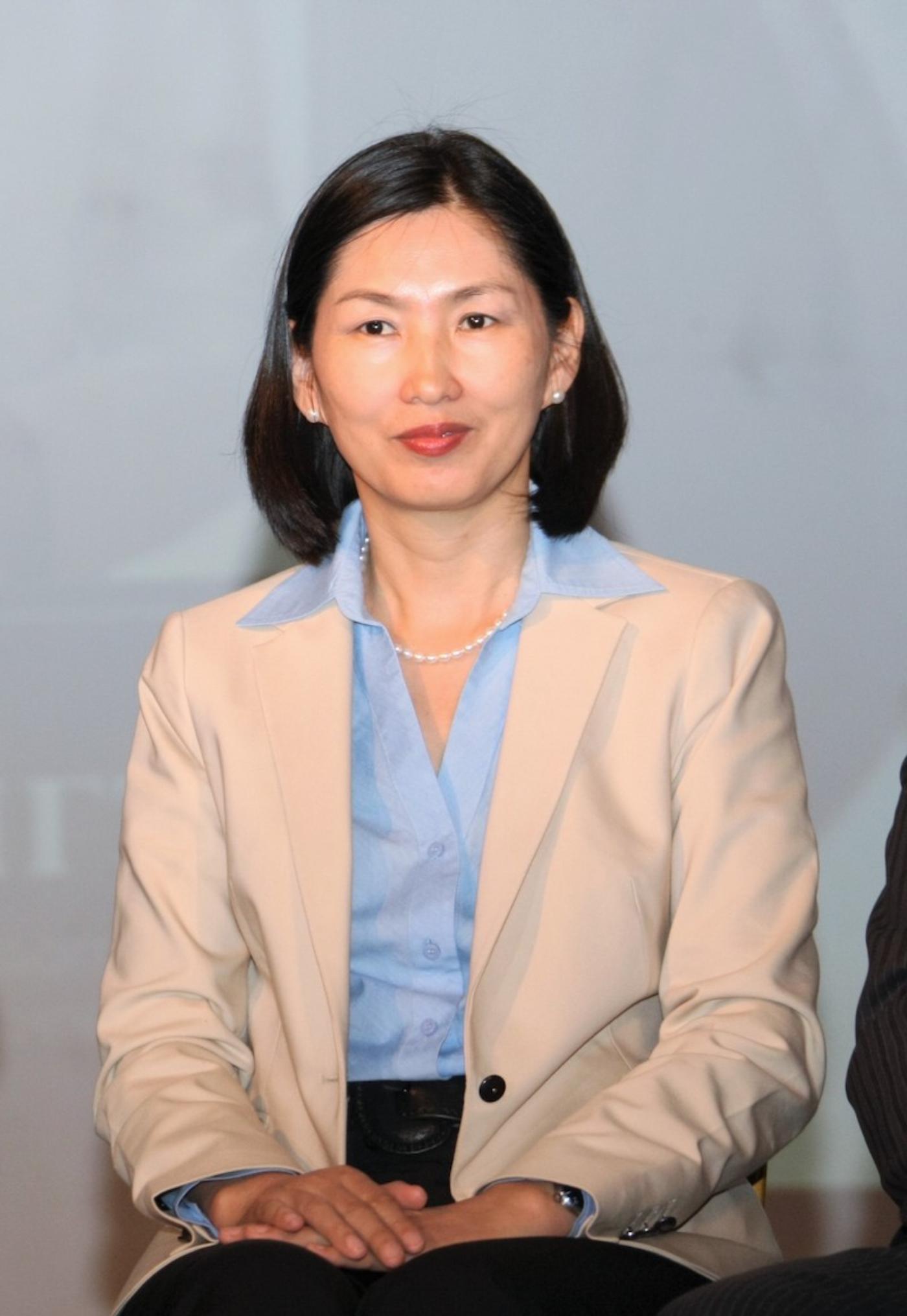 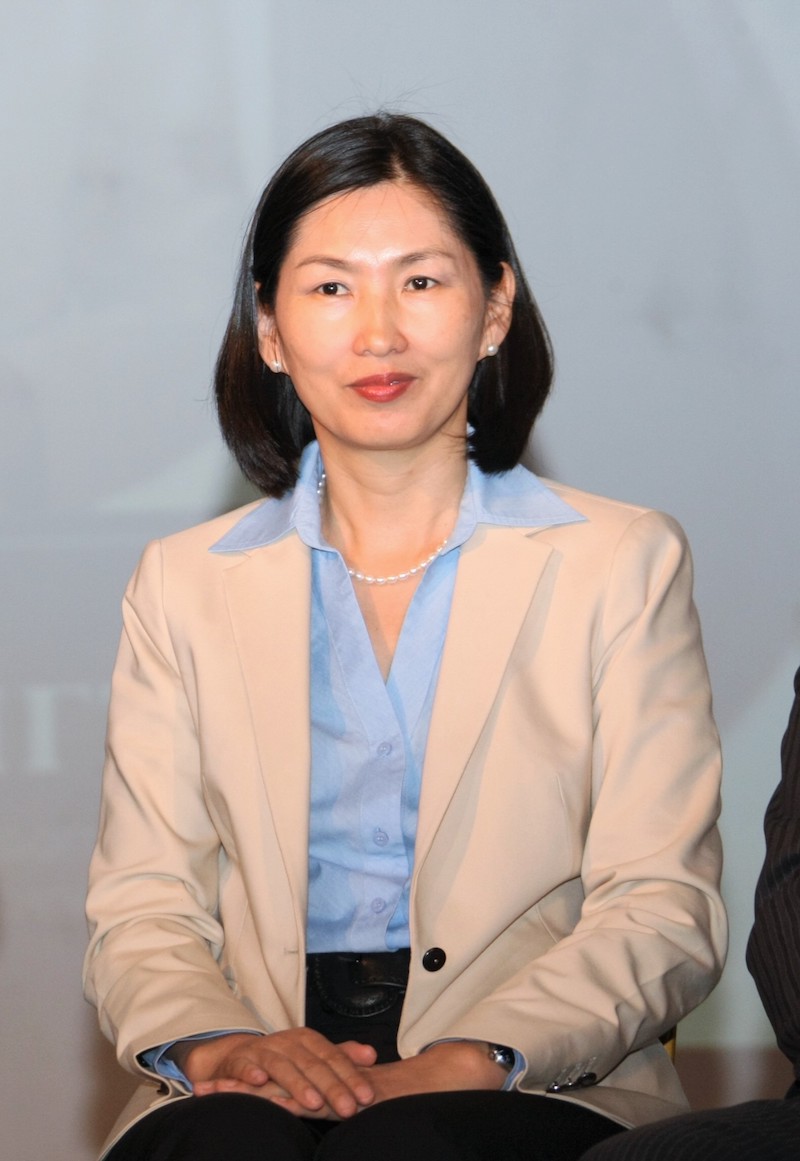 We’ve got what it takes to succeed, but we’re moving backwards because the society isn’t advancing forward. Being able to increase women’s leadership in every sector isn’t beneficial to only women. Raising successful female politicians is the achievement of the whole public. We’re lacking in terms of this type of attitude.

Is it true that Mongolia has the highest number of female politicians among Asian countries? No, Mongolia doesn’t rank first for its number of female politicians. There are many Asian countries with gender quotas, which specifies that at least 30 percent of government and Parliament seats must be occupied by women. It’s different from electoral quota. Compared to other Asian countries, Mongolia is way behind. Our nation received an award for increasing representation of women in the quickest time among Asian countries. In other words, the Mongolian Parliament had three female MPs in 2008, but was able to almost triple this number within four years, when 11 female MPs were elected in 2012. Women’s leadership in politics and businesses has been dropping every year. What’s the reason for this? The number of Mongolian female politicians and entrepreneurs hasn’t been increasing.  From another side, other countries’ have been rapidly increasing. Rankings of nations show their competition to rank higher. If countries that were ranked below us surpass us, it means that they achieved higher success. If our rank is dropped even though the figures indicate improvement, it indicates that other countries are doing better and that our competitiveness has degraded even more. Our biggest shortcoming is that we’re unable to succeed despite having good gender equality, increasing number of highly educated women, active women’s participation in society, and well-trained women in decision-making positions. We’ve got what it takes to succeed, but we’re moving backwards because the society isn’t advancing forward. Being able to increase women’s leadership in every sector isn’t beneficial to only women. Raising successful female politicians is the achievement of the whole public. We’re lacking in terms of this type of attitude. The public continues to believe that female politicians must only help out poor people and build schools and kindergartens. What are the 11 female MPs doing to change this stereotype? It’s going to take a long time to talk about the things women have done and what they achieved in their respective sectors. We worked at the defense, environment, and national security sectors. We’ve completed a wide-range of projects in terms of education, human rights and children’s rights. For the first time, a female minister and a female vice minister have tried managing the construction sector. Considering that the most number of buildings were built under their management, as well as other factors, every sector that was managed by women have seen significant development. Cigarette and traffic regulations were also completed by women. Female MPs personally participated in establishing new mechanisms in the Criminal Code, including new categorizations of crimes and punishment policy. The female State Secretary of the Ministry of Justice, B.Jigmeddash, submitted a draft bill, emphasizing the application of alternative measures of punishment and completely changed the punishment policy. Now, Mongolia has many different types of criminal punishments, including detention, restriction of movement, house arrest, penalty, and penal labor. I believe that this proved that the policy can really change if the State Secretary of the Ministry of Justice is a woman and the Office of Legal Policy is managed by a woman. Women have impacted greatly on not only the legal environment but also other sectors, but the public notices their participation mainly in family, child, education and health sectors. It’s not the public’s fault that they anticipate more achievements in sectors where women’s participation is more evident. Sometimes male politicians disregard and look down on female MPs and representatives. Has this attitude of male politicians changed? Parliament has changed internally. At first, they hardly praised female MPs, but now, they encourage us. The Speaker of Parliament praised that female MPs always come early for meetings, always take the initiative to lead working groups, and work on the tiniest details of projects. He also commented that it would be good to have more female MPs. Heads of standing committees frequently compliment us, too.

Speaker of Parliamet Z.Enkhbold giving a speech at the National Forum on Women’s Participation at Decision-Making Level[/caption] Whenever a difficult law is initiated, MPs encourage female members to work in the working group and in return, we try to meet their expectations. In fact, there’s hardly any female MP who hasn’t led a working group. We’re usually put in charge of paper work and details. I led three working groups when I was a minister. Even after resigning, I led three other working groups. All of them were for developing laws that had to be approved by Parliament, including draft laws on rights of people with disabilities, pension policy, and child care services. Foreign female representatives underlined at the National Forum on Women’s Participation at Decision-Making Level that most women don’t have the courage to enter politics. Why do women fear the political world? Is it related to money or discrimination from men? They can see many overlapping difficulties. My fear is mainly related to managing the expenses. Besides, male members of political parties don’t recognize female members, causing them to lose confidence and enthusiasm. Breaking through the wall of male politicians from provinces and districts is a huge endeavor for women. Some parties welcome women with open arms and they work very successfully. For example the DP group of Bayangol District recruits women and forms a team with strong women. Other party groups should learn from them. Having 10 party groups that support women like the Bayangol District’s DP group will completely turn around women’s participation in politics. What will female politicians do next? In my case, I’m concentrating on waste management and water purification and sanitation. Water and sanitation are issues that women are constantly concerned about even at home. Female MPs are planning to cooperate on putting Tost and Tosonbumb Mountains under a special state protection. I plan to complete these two major projects within the parliamentary spring session.
SHARE
Share on Facebook
Tweet on Twitter
Previous article ‘It is prohibited unless allowed by Constitution’
Next article Gabriella Schmidt-Corsitto: Long Distance Charity Horse Trek “The Great Mongolian Ride” to raise funds for children’s dental health in Mongolia.