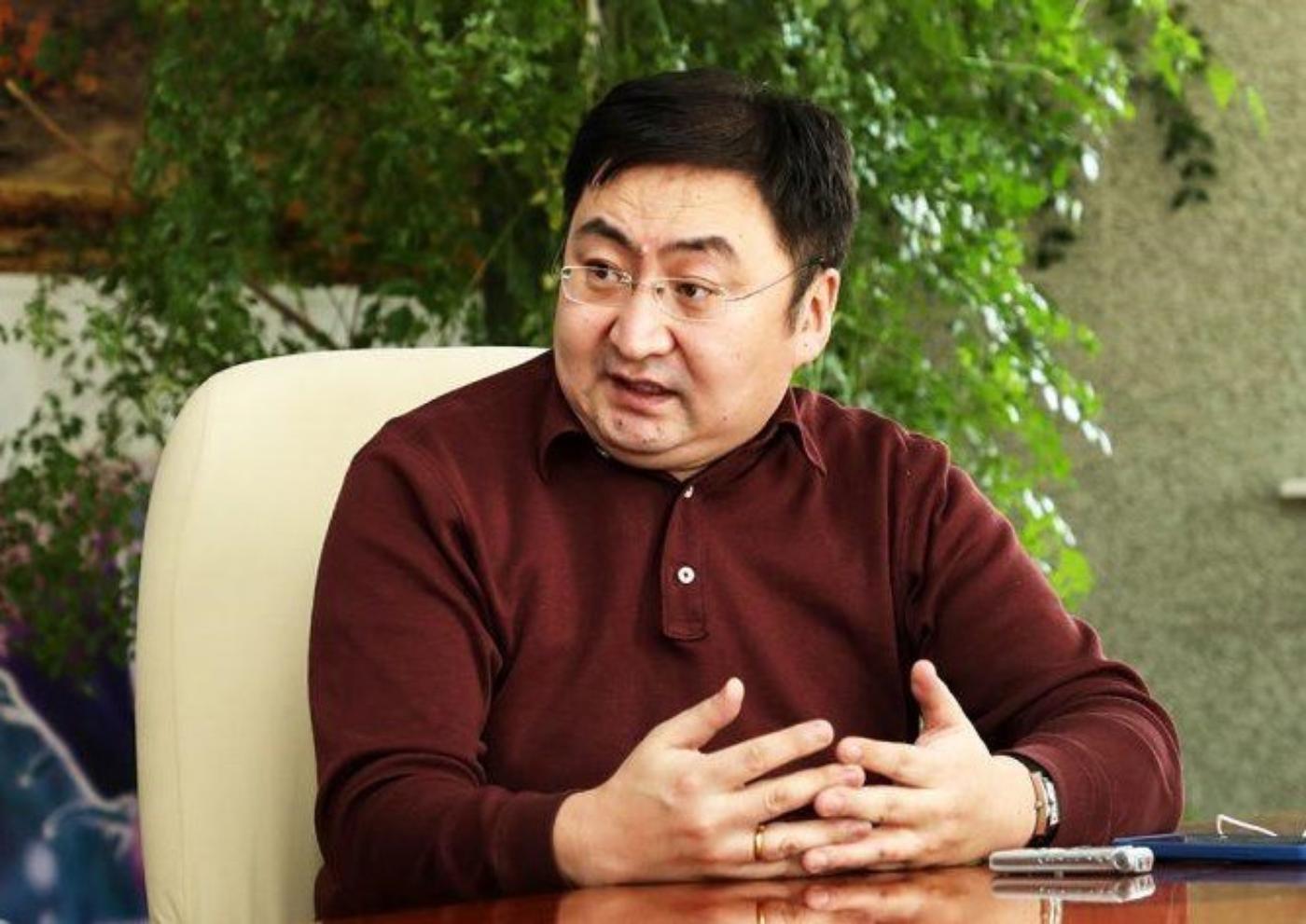 The following interview is with parliamentary researcher, Doctor of Law P.Amarjargal.

Parliamentary democracy is a system of government in which citizens elect representatives to Parliament to make the necessary laws and decisions for the country. Examples of countries with “classical” parliaments include the UK and Germany. However, this does not mean that the British and German parliaments are fully developed. Mongolia has had a parliamentary government since 1992. The country is defined as a parliamentary state, based on Article 20 of the Constitution, which states that Parliament is the highest organ of state power and legislative power is vested in Parliament. Mongolia has been neglecting its work to have a “classical” parliament.

In order to create parliamentary democracy, first of all, its citizens must have a high level of political and legal education. This is because Parliament makes decisions by its majority and listens to opinions and criticisms of its minority or opposition. If the voter education is high, responsible and qualified people will be elected to Parliament. The parliamentary system is complex and difficult to understand. It is different from presidential and imperial presidency systems. Some people think that Parliament is a quarrelsome organization. In fact, it is an element of democracy. Legislators should listen to others’ thoughts and fight for their causes and beliefs at the plenary session. If the political and legal education of citizens is poor, incompetent people will get into Parliament. Secondly, the main participants in this system are political parties. In other words, a party must be mature and its funding must be transparent. It should nominate people for parliamentary seats. The combination of these two factors creates parliamentary democracy or “classical” parliament.

What are the challenges in Mongolia and what is missing in the parliamentary system?

Moreover, the number of members is also small. We need to increase the number of members in the future. In order to have a filter, an upper chamber must be established. Internationally, the upper house consists of delegates chosen by state governments or local officials. We have to move to a bicameral parliamentary system. In 1924, we had two chambers of Parliament, the upper and lower houses. However, unlike the “classical” parliamentary standard, officials were appointed directly. Now it’s different. In particular, population representation should be included in Parliament. If the lower house approves a bad budget, the upper house should reject it. In other words, it must limit erroneous provisions and laws.

The above-mentioned provision that “Parliament is the highest organ of state power” should not be in the modern Constitution. In theory, a legislature, executive body, and judiciary should be balanced, and have different functions. However, in our country, one of them was turned into a “supreme state body.” There is no denying that a politician can seize this provision and misuse it.

You said that the main feature of Parliament is representation. Unfortunately, Parliament of Mongolia is formed with a low level of representation. What kind of electoral system should be chosen to improve parliamentary democracy?

Each electoral system has its own characteristics, advantages and disadvantages. There is no best system. Countries choose the option that suits them best. According to researchers, it would be more effective to have a bicameral parliament, a lower house with a majority, and an upper house with a proportional system.

There are many people who say that the basic principle of our Constitution requires a majority election. In 2016, the mixed electoral system was changed to a majority system for this reason. But now, the authorities are raising the issue of amending the Constitution to improve the electoral system. What’s your position on this?

The Constitutional Court made a conclusion to hold majoritarian elections in 2016. If the current electoral system is changed, we need to amend Article 21.2 of the Constitution, which stipulates, “Lawmakers shall be elected for a term of four years by secret ballot on the basis of universal, free and direct suffrage.”

Disputes related to constitutional amendments that limit the number of lawmakers to serve as ministers shall be reviewed and resolved by the Constitutional Court. In general, people suspect that the current authorities may be trying to make all government members have double deel (holding dual posts in Cabinet and Parliament). Do you think this is right or wrong?

Some countries are resolving this issue by establishing two chambers in Parliament. In Japan, for example, the lower house has 240 members and in the UK, 600 members. Of these, more than 10 percent have been appointed as ministers, but its impact is small. On the other hand, it is normal for a legislator to become a Cabinet member. Being elected by the people is a big criterion for entering the government. Moreover, some ministers’ dual posts support the ruling party to implement its action plan. In fact, if Parliament has two chambers, it does not matter how many ministers have double deel. Mongolia also has its own characteristics. For example, there is a tendency for lawmakers to be “arrogant” or to think that they are better than others. There is no such concept abroad. The mentality and education of the Mongolian people have influenced the development of parliamentary democracy.

Lawmakers talked about whether to increase the number of members of Parliament during the discussion of an amendment to the Constitution in 2019, but it was rejected, right?

Yes. It is doubtful whether citizens will support it. However, the population has now grown since the 1992 Constitution was adopted. The population and the number of members of Parliament depend on each other. According to a study, in a country of 3.5 million people, the average number of parliamentarians is about 100. Since I think it is better to have two chambers, I would say that it would be more effective to have 76 members in the lower house and 25 to 30 members in the upper house. If we want to improve parliamentary democracy, we have to do this. It may not be supported now but it is a matter of time.

Will having Parliament elect the president strengthen parliamentary democracy?

Yes, the president also makes appointments. A law has been passed to create such a “hybrid” institution. It needs to be consistent. The Law on President needs to be amended.

However, the 2019 constitutional amendment limited the powers of the president. Do you think it needs to be updated?

This is very poorly reflected in the law. For instance, there was no need to make small or temporary changes, such as specifying to elect the president every six years. Instead, the president’s executive powers should have been clarified. If this becomes clear, the president can be elected from anywhere.

You mentioned about the representation of social stratification in Parliament earlier. Which class do you think is more dominant in our recent parliaments?

This is a broad concept. There are many levels of strata, namely middle, lower, upper and civil society. However, our civil society is not developing. They create strata. For example, the Mongolian National Chamber of Commerce and Industry is a large institution that unites all traders. Trade, tax and business issues will be addressed through it. Moreover, workers are a strong class. Multi-level positions such as teachers and doctors should be included in Parliament. In our country, social stratification is not well developed.

Your research team was awarded a prize named after State Honored Lawyer B.Chimid for its analysis of the implementation of the 1992 Constitution of Mongolia. This year marks the 30th anniversary of the adoption of the Democratic Constitution. Can you summarize Mongolia’s journey over the last 30 years?

You talked about voter education. Do you think that the authorities prefer keeping voters uneducated?

In fact, the right to education is enshrined in our Constitution. Citizens have the opportunity to develop themselves. There are many ways to self-improve. On the other hand, there is a reason to believe that the current situation is improving. For example, in the past, artists were used to gain more votes during elections, but now, it is banned. I just want the system to improve.

Can you comment on how to improve the funding regulation for political parties?

Rather than talking about voter education, political party maturity and funding, we need to address the issues faced by parties. Parties can get funding from anywhere. We just need to make it transparent and open. If this issue is addressed, the accountability system will improve. 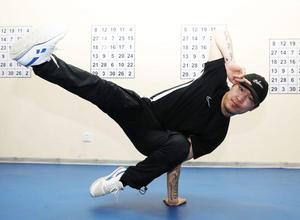 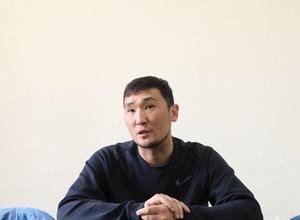 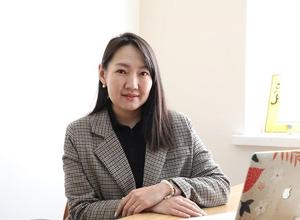