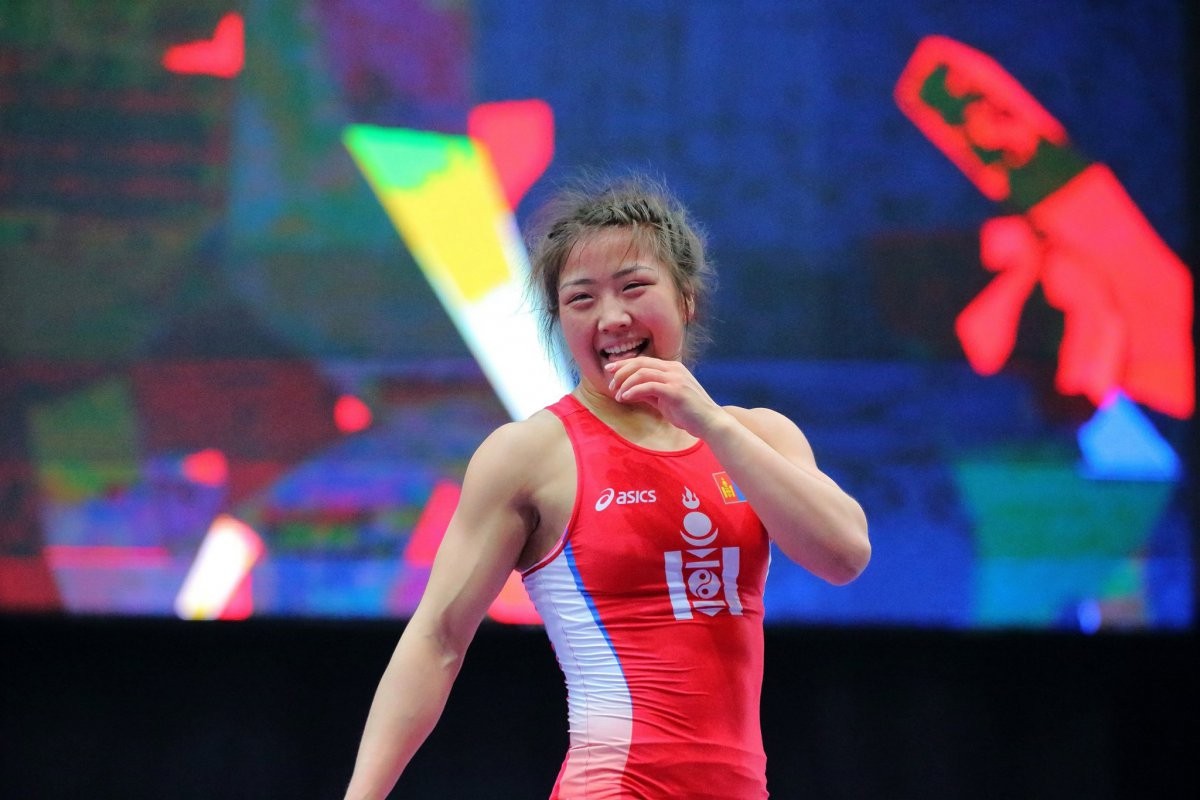 The Asian Wrestling Championships 2018 took place at the Kozhomkul Sports Palace, Bishkek in Kyrgyzstan from February 28 to March 4. The men’s and women’s teams of Mongolia, led by honored athletes G.Mandakhnaran, O.Nasanburmaa, E.Nyam-Ochir and P.Orkhon, competed in the championships and claimed eight medals - one gold, three silver and four bronze medals. The Mongolian women’s team placed second by the overall score with 167 points, while the Chinese women’s team won first place with 185 points, capturing six gold medals. The Japanese women’s team secured third place with 161 points. The Asian Wrestling Championship is a continental championship in freestyle and Greco-Roman wrestling for athletes from Asian countries. It has been held since 1979. The competitions among women in freestyle wrestling were held since 1996. Athlete of Aldar Sports Committee P.Orkhon, who competed in the 62 kg category, became the continental champion after defeating Uzbekistanian Halbazar Narbaeva 10-0 in the quarterfinal, Japanese Yurika Ito 9-0 in the semifinal, and Chinese Luo Xiaojuan 12-4 in the final. Moreover, E.Sumiya won silver in the 53 kg, Sh.Tumentsetseg silver in the 68 kg, O.Nasanburmaa silver in the 72 kg, E.Narangerel bronze in the 50 kg, E.Davaachimeg bronze in the 55 kg, A.Battsetseg bronze in the 57 kg, and B.Shoovdor bronze in the 59 kg. Some eight athletes challenged themselves in the 68 kg event, where Sh.Tumentsetseg captured her fourth medal from the Asian Championships. In the match for the bronze medal, E.Narangerel defeated Uzbekistan’s wrestler Aktenge Keunimjaeva 8-2, while E.Davaachimeg earned a technical fall win over Kazakhstan's wrestler Nazgul Nurakhan. Additionally, B.Shoovdor secured a bronze, winning against Phimsuphak Ainphen from Thailand with a clear win within 29 seconds.
SHARE
Share on Facebook
Tweet on Twitter
Previous article Ts.Tsedev-Ochir: We will never give up
Next article Ex-Olympian Gan-Erdene inks Promotional pact