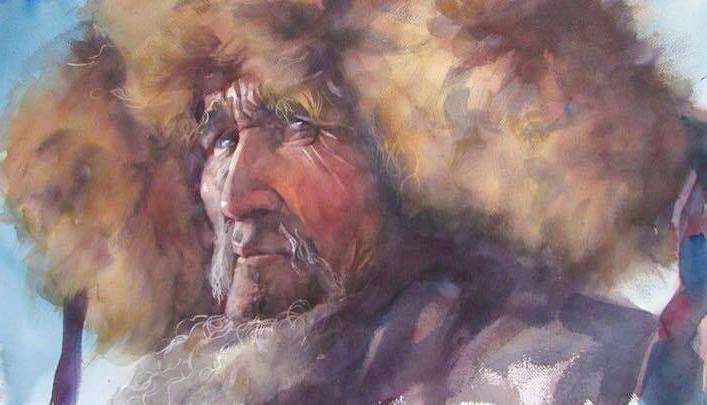 Mongolian artist S.Munkhbaatar competed in the 1st International Watercolor Biennale, which was organized by the International Watercolor Society. S.Munkhbaatar’s “Eagle” won first place in the 16 to 35 years of age category. The final result of the competition took place in Iran at the beginning of this month. Artist S.Munkhbaatar was born in 1984, in Uliastai, Zavkhan Province. He earned his bachelor’s degree in fine arts at the School of Fine Arts of the State University of Arts and Culture in 2005. Below is a brief interview with artist S.Munkhbaatar. How many artists participated in the competition? The rule of this competition was a little bit special. I submitted my artwork for the competition through the internet at the beginning of 2016. On April 3, the International Watercolor Society told me that I won. I submitted two works for the competition. My work “Eagle” won first place. That’s why I don’t know how many artists from how many countries competed. An exhibition of top artworks from the competition will be held. This competition took place in two categories: under 16 and 16 to 35 years of age. When did you paint “Eagle”? Why did you name that portrait “Eagle”? I painted it early in 2016. I tried to give my portrait subject the qualities of an eagle, such as their sharp sight and dignity. I also submitted an artwork for the competition running in Canada. The result of the first stage was released. I passed. The second stage result hasn’t been released yet.
SHARE
Share on Facebook
Tweet on Twitter
Previous article The special world of land spirits, ‘Savdag’
Next article ‘Soyombo’ exhibition brings 17th to 19th century art for view