Parents hold fundraising in response to the measles outbreak

Parents gathered in front of the Buddha monument in Zaisan on April 16 to raise public awareness about the measles outbreak and to collect donations to support families with children currently hospitalized. Members of a group for Mongolian mothers on Facebook organized the event, bringing boitog, traditional felt shoes for children, to represent the children who have contracted the highly contagious disease. The group’s members encouraged parents to bring diapers, food, and other helpful items for distribution to the parents of children being hospitalized for measles. According to the group’s members, one child had died of complications from measles Saturday evening, adding to the reported 59 children who have died from measles since the beginning of 2016. Some parents who lost children to measles attended the event. They implored politicians and policymakers to pay attention to addressing the measles outbreak rather than politics and the election. The caretakers of several children being hospitalized at the National Center for Communicable Diseases stressed that there was a shortage of medical equipment and talked about the difficult conditions being faced by the hospitalized children. “My child was diagnosed with measles within a week after being  vaccinated. It’s time the ministry inspects the vaccines being injected into children’s bodies,” said one parent. Singer and parliamentary candidate M.Narantuya took part in the event and met with some parents of children being hospitalized at the National Center for Communicable Diseases to draw public attention to what she said is an issue that “shouldn’t be neglected”.
SHARE
Share on Facebook
Tweet on Twitter
Previous article It is important to strengthen youth-friendly democracy
Next article New Library Website to Support Mongolian Studies Scholars 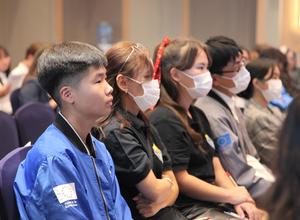 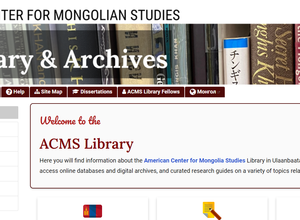 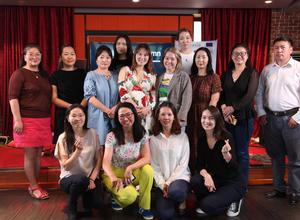