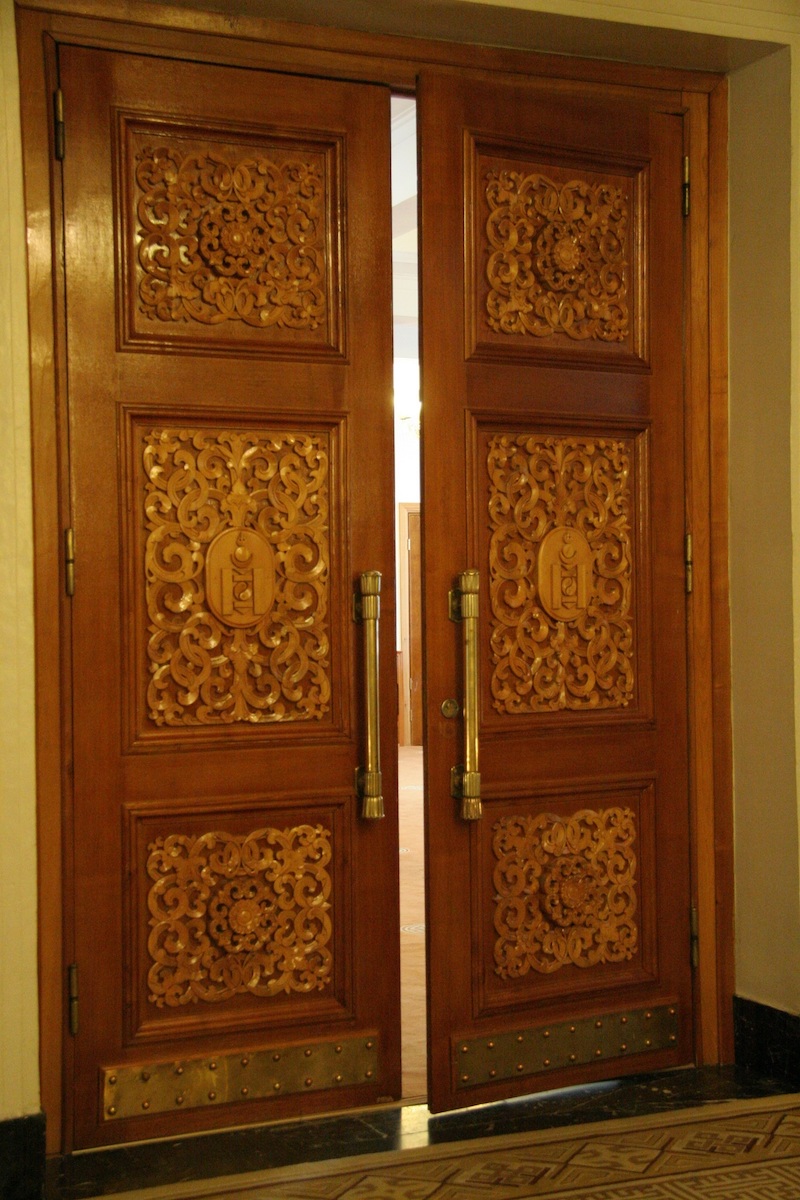 Parliamentary Session Hall door[/caption] The three-day Parliamentary irregular session, which has been postponed six times due to insufficient attendance by members of parliament, was scheduled to start on March 29 at 9:00 a.m. but was cancelled due to a boycott by members of the Mongolian People's Party (MPP). The agenda of the irregular session includes a draft law on joining the 1997 Joint Convention on the Safety of Spent Fuel Management and on the Safety of Radioactive Waste Management. The signing of the convention was protested on Wednesday by NGOs, and the session agenda was altered to include a bill on banning the entry of spent fuel and nuclear and radioactive waste. The Speaker urged the MPP faction to actively participate in the irregular session, stressing the urgency of the issues on the agenda. On Thursday, the Speaker announced that the Spring session of Parliament will begin next week.
SHARE
Share on Facebook
Tweet on Twitter
Previous article N.ENKHBAYAR: A new Constitution is most beneficial solution
Next article Parliament approves law in a few days and undermines freedom of speech!