Due to global warming, Mongolia’s ecological problems have become increasingly prominent. Some 76.9 percent of the country’s land is facing desertification to some extent, and it is continuing to expand. The country’s key socioeconomic sectors including agriculture and animal husbandry in addition to the natural ecosystem are adversely affected by the changing climate conditions, requiring urgent and timely actions.

Researchers have identified Mongolia as one of the 10 most vulnerable countries to climate change due to its geographical location and extreme continental climate. For Mongolians, being “close to the sun” due to the high elevation is one of the first risks of climate change. It is among the countries most impacted by climate change with an observed temperature increase of 2.1 degree Celsius over the past 70 years.

This 2 degrees Celsius may not seem like a big change in the weather, but it’s considered a huge change in the climate. As we’ve already seen, it’s enough to reorganize ecosystem. In particular, climate change has increased the frequency and severity of certain phenomena like heat waves and grassland degradation in Mongolia. Occurrences of droughts, floods, storms and wildfires have also become more extreme in recent years.

It’s still unclear whether climate change is changing the overall frequency of storms, but it is making them stronger, according to studies. For instance, a sandstorm from southern Mongolia spread across East Asia in the middle of March, engulfing a huge swathe of northern China and also reaching the Korean peninsula. The authorities said it was the worst sandstorm in the past decade, killing at least nine and leaving more than 80 people missing in Mongolia.

As a consequence of climate change, between 1992 and 2006, the area of barren land (land without grass) is reported to have expanded three folds. During the past 40 years, biomass in the rangeland decreased by 20 to 30 percent. The number of pasture insects and rodents has been increasing due to climate change, droughts, and climate extremes. In 2003 and 2007, surface water inventory was investigated, and it was found that many rivers, lakes and ponds had run dry.

Most people are becoming aware of climate change since its impacts can be seen everywhere. In spring, snow is melting faster and plants are blossoming earlier. The annual average snow depth during the past 30 years is following a downward trend in the northern mountain areas, while it is trending upward in the eastern and southern regions. The timing at which accumulated snow disappears has pushed forward by about one month, according to experts. Snow accumulation zones are predicted to decrease in the future.

Animals are also moving to higher altitudes to find cooler conditions because of global warming. Some animals are on the verge of extinction due to the lack of food and water. Specifically, the Gobi bear (Mazaalai) is found only in the Gobi Desert in Mongolia and is listed as critically endangered. At present, only about 20 Gobi bears are surviving due to climate change, according to the Ecological Police. Until now, many measures were carried out to protect the bear and increase its population, but no significant results seem to have been made based on its current population size.

The government of Mongolia has implemented more than 20 environmental protection plans but these have not achieved visible results in terms of desertification control, as reported by Global Times. Unless its root cause (climate change) is addressed and resolved substantially, Mongolia is likely to continue to struggle with all of these issues.

HOW CAN THE COUNTRY COPE WITH CLIMATE CHANGE?

In the case of climate change, scientists have found a range of possible future changes in temperature, precipitation and other important factors, all of which will depend largely on how quickly we reduce emissions. So how can we reduce emissions?

One way humankind can pitch in to help reduce carbon emissions is to plant trees. Deforestation is one of the significant causes of carbon emissions. Trees absorb and store carbon dioxide in the atmosphere. However, they can’t do this if they are cut down. Planting trees is among the most inexpensive and natural way to tackle climate change and reduce negative environmental impacts caused by humans.

Researchers predict that Mongolia’s greenhouse gas emissions will increase to 50 million tons by 2030. It is estimated that about 42 percent of Mongolia’s forested areas were destroyed in the last 25 years. However, by setting certain goals, the area covered by forests has been steadily increased since 2016. In the last five years, the area covered by forests in Mongolia surged by 0.2 percent to 8 percent, researchers found.

Mongolia ratified the Kyoto Protocol on December 15, 1999 to contribute to the reduction of greenhouse gas emissions. In this regard, reforestation is being carried out gradually with a policy to increase the area covered by forests in the country to 9 percent by 2030. However, it still needs to take more proactive approach in restoring forests and planting trees to achieve this goal.

The president of Mongolia also agrees with this way of combating climate change. During his speech at the General Debate of the 76th session of the UN General Assembly, President U.Khurelsukh acknowledged that the most effective way to reduce climate change and desertification is to plant trees, and announced that Mongolia would launch a new movement aimed to plant billions of trees by 2030.

Although his initiative has been well-received by the public, there are still doubts about whether billions of trees can be planted and grown in nine years. Nevertheless, scientists view it viable.

Director of the School of Agroecology of the Mongolian University of Life Sciences Dr. A.Buyanbaatar commented, “Over the past two months, the president’s team of experts studied the possibility of planting billions of trees. People seem to think that this will be done by digging holes by hand and planting trees. Mechanized forestry has advanced worldwide. We can plant billions of trees by 2030 if we take advantage of technological advancements and implement sustainable and rational policies. I think every citizen should work to make this initiative a reality.”

Ch.Odsuren, a forest specialist and agronomist who has worked in the afforestation sector for the last 30 years, stated, “We need to plant and grow not 1 billion but several tens of billions of trees. Desertification in Mongolia has begun to appear not only in the Gobi Desert but also in the Khangai region.”

This ambitious goal can be achieved by taking into account many basic things, such as research, qualified personnel and previous experience. It’s necessary to make realistic estimates, develop step-by-step plans, review the progress, and monitor them, says Deputy Director of National University of Mongolia and PhD in Forestry N.Batkhuu.

Experts said that planting trees is easy, but the most important aspect of it, which is take care of trees, has been neglected for 20 to 25 years. Irrigation and care after planting is the most crucial issue. In particular, the protection of afforestation from livestock should not be neglected, they view.

Article 31 of the Forest Law of Mongolia states, “Every citizen is obliged to plant one tree and every organization is obliged to plant five trees per year”. Every year, the second Saturdays of May and October are celebrated as a national tree planting day. Within the scope of this observation, individuals and businesses have planted more than 13 million trees over the past 10 years. The number of participants has been growing in recent years.

The biggest example of this is the Shambhala 2056 project. A group of people began to reforest the Gobi region without waiting for the government to make relevant policies and actions. In particular, more than 10 young people working in the fields of afforestation, waste management, renewable energy, information technology, landscape planning, culture and arts are working together to create a green zone in Erdene soum of Dornogovi Province.

According to a survey conducted by the Ministry of Environment and Tourism and Meteorological and Environmental Research Agency last year, Dornogovi is among the five provinces with the highest desertification rates, with Erdene, Ulaanbadrakh and Khatanbulag soums in the province being considered “red zones”.

Project Initiator and Director of Shambhala Engineering Campus Company B.Shijirbat said, “Our goal is to stop the ecological migration caused by ecological imbalance and degradation. The project is progressing forward. This month, we will plant 27,000 trees and make up for the 2020 plan 100 percent.”

To care for and protect trees, they decided to find an owner for each tree. People began to “adopt” the trees they planted. One sapling is valued at 35,000 MNT. In particular, the purchased tree will be planted by a professional team and looked after with an automatic drip irrigation system and 24-hour security. Each tree is certified with a two-dimensional bar code (QR) and registered in a smart system. Citizens can monitor their trees via their mobile phones and check if they are growing well.

More than 100 contractors and non-contractors are involved in the Shambhala 2056. Currently, 6,300 organizations and 16,700 people have invested in the project and got trees named after them.

Under such a well-organized system, it’s possible to create a greener future if every citizen can contribute to this work and take care of trees.

Countries have agreed to try to limit total global warming to between 1.5 and 2 degrees Celsius since preindustrial times under the Paris Climate Agreement. The longer the delay, the more we will pay to meet the Paris goals, Kyoto protocol and Sustainable Development Goal 13. Even if these targets are not fully achieved, countries can still make a strong case for climate action because every additional degree of warming will cost us more – in money and people’s lives. Not tackling climate change will bring serious consequences and cause unimaginable human suffering and ecological damage. Therefore, everybody needs to act fast, speed up changes toward greener future, and call for climate action. 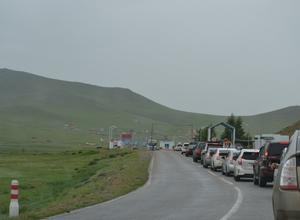 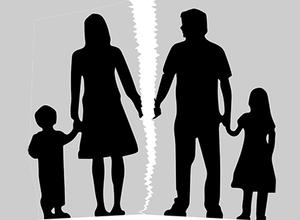