PM Ch.Saikhanbileg says ‘Mongolia is back to business’ 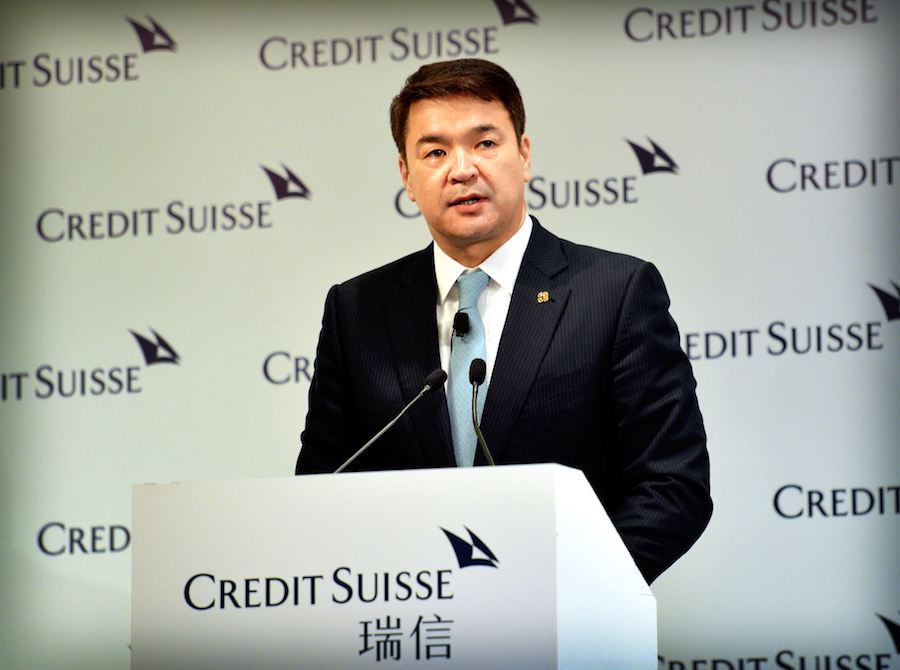 Prime Minister Ch.Saikhanbileg emphasized in official meetings held during last week's Credit Suisse Asian Investment Conference (AIC) in Hong Kong that "Mongolia is back to business". In a speech given at the AIC, the PM stressed that even though the nation’s economy faced difficulties in 2015, the government has moved forward on some of the nation's mega projects, advancing the country’s economy. He introduced the conference attendees to the nation’s current economic situation, stable political conditions, and measures being taken for drawing in investment. Ch.Saikhanbileg noted that in July, Mongolia will host the 11th Asia-Europe Meeting (ASEM) Summit, gathering state leaders from 53 countries. He added that he hopes Mongolia will greatly contribute to boosting ties between Asia and Europe by organizing the summit. “Throughout history, Mongolia was a bridge between Asia and Europe, and it still connects these continents by railways and airways. I am confident that the cooperation between Asia and Europe will strengthen as a result of the summit,” Ch.Saikhanbileg said. After his speech, Ch.Saikhanbileg, President of Mongol Bank N.Zoljargal, State Secretary of the Foreign Affairs Ministry D.Gankhuyag, State Secretary of the Finance Ministry Kh.Gantsogt, Consul-General of Mongolia to Hong Kong B.Otgonjargal, Director of Development Bank N.Munkhbat, and Executive Director of Erdenes Mongol B.Byambasaikhan met with Director of Loan Syndication at Credit Suisse Saurabh Banglani, Deputy Director of Credit Suisse Ali Alam, and other Credit Suisse representatives. During the meeting, the PM underlined that Mongolia has been cooperating with Credit Suisse since 2014. Ch.Saikhanbileg noted that Credit Suisse was the first coordinator for a joint loan program with 300 million USD in financing. He added that big projects and programs for import substitution industrialization were launched with the financing. Ch.Saikhanbileg pointed out that the Cabinet and Credit Suisse managed to raise 750 million USD by issuing bonds and joint credit in a short period of time, and exchanged views on broadening mutuallybeneficial cooperation with Credit Suisse authorities. On Thursday, Ch.Saikhanbileg called on Chief Executive of Hong Kong Leung Chun-ying to evaluate the current cooperation between Mongolia and Hong Kong, and to discuss possibilities for future cooperation. Ch.Saikhanbileg said that collaboration between the two parties is expanding, and underlined that the Hong Kong Trade Development Council is playing a key role in supporting economic and investment ties between Mongolia and Hong Kong. The PM also mentioned collaboration between the Mongolian Stock Exchange and the Hong Kong Stock Exchange, and highlighted the significance of boosting cooperation in the stock market. At the end of the meeting, the parties agreed to organize an exhibition to promote Mongolia in Hong Kong. Concluding his visit to Hong Kong and participation in the AIC, the PM said that the conference was a great opportunity for presenting the nation’s economic and financial situation, investment potential, and business environment. The PM emphasized, “One of priorities of the Mongolian government is allowing Mongolians to become owners of wealth from mineral resources, and to create a fund of wealth by transmitting Erdenes Mongol into a Singaporean Temasek model. We met with investors who can collaborate with Mongolia on this matter. The Nobel Fund and Canada’s Pension Fund expressed interest in cooperation.” Ch.Saikhanbileg concluded that the purpose of his visit had been fulfilled successfully. He emphasized that investors are still interested in Mongolia, and Mongolia managed to deliver its message that the country is still friendly to foreign investors.
SHARE
Share on Facebook
Tweet on Twitter
Previous article Meet Biirchin - An Entrepreneur Running Two Successful Ventures in Food and Information Technology
Next article Sendly International Remittance Company prepares for IPO