PM discusses 4G and other mobile services to launch this year 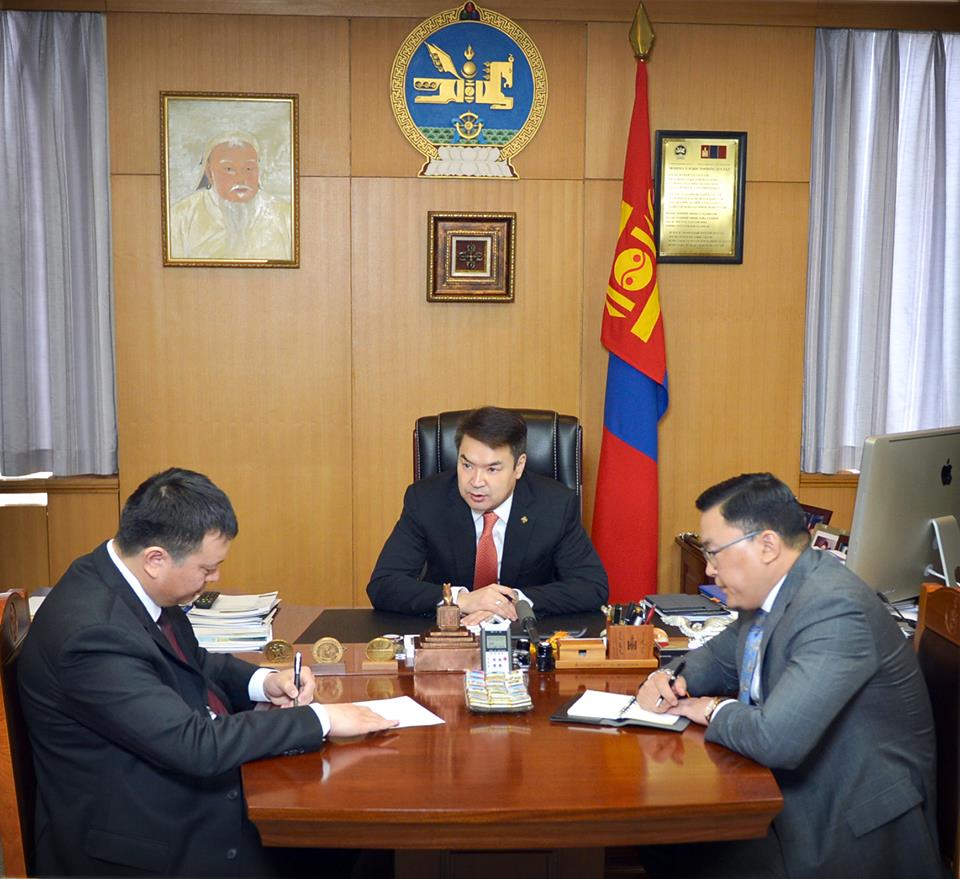 During the Hour of Solutions meeting held on Wednesday, May 11, Prime Minister Ch.Saikhanbileg received Chairman of the Information Technology, Post and Telecommunications Authority Ts.Jadambaa and Chairman of the Communications Regulatory Commission B.Balgansuren and spoke about issues concerning the information technology and telecommunications sector. Prime Minister Ch.Saikhanbileg ordered all operators to launch 4G service by July, finish testing the national roaming service this month for its launch this year, to introduce a service allowing customers to keep their number when changing mobile service providers this year, to activate marketing for mobile service providers in rural areas, maintain stable internet connections in provinces, and to improve internet connection quality in rural regions. At the beginning of the meeting, the PM noted the importance of the sector, noting that many technological and development decisions have to be made in 2016. When asked about launching 4G service, Ts.Jadambaa said that the legal environment allowing people to choose their phone company and own their phone numbers has been created. “We gave four mobile phone operators the task of offering 4G service at the beginning of this year. Unitel tested the expansion of their 4G service in April. Because additional settings have to be modified for the iPhone, operators are working together on this. iPhone users should be able to use the service by July. Mobicom will release their 4G service this month, and the other two will do so in June,” said Ts.Jadambaa. “We started discussing this in 2014. We made amendments to the Law on Telecommunications in July 2014. A working group is in charge of the implementation of the law,” said B.Balgansuren. The PM ordered B.Balgansuren to introduce the service to keep a phone number when changing providers by the end of this year. “Approximately 30 soums in 21 provinces are receiving internet access at the same price and speed as Ulaanbaatar residents. We are connecting other soums to the internet according to schedule, and all will be connected by June,” said Ts.Jadambaa. The PM said that connecting ger districts to the internet has been neglected. They discussed the infrastructure required to connect ger district residents to the internet and a study being conducted to introduce high speed internet via 4G service.
SHARE
Share on Facebook
Tweet on Twitter
Previous article President responds to Constitutional Court letter
Next article Justice ministry to cooperate with NHRCM to monitor human rights