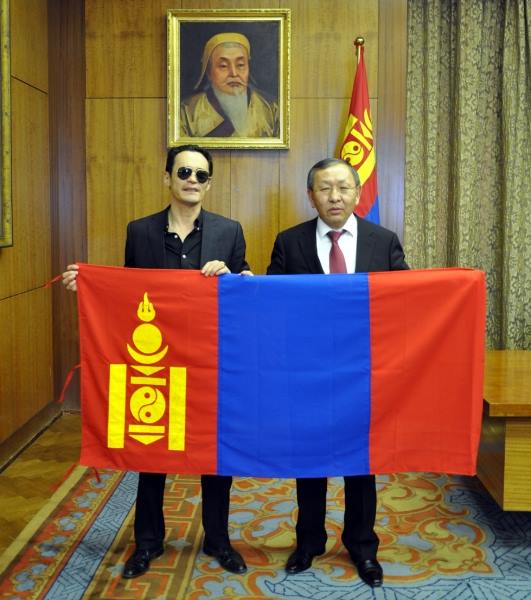 The President’s Chief of Staff P.Tsagaan received chairman of Healthy Mongolia Hiking Club, International Sports Master B.Teveendash, on Wednesday to hand him the state flag of Mongolia. Mountaineer B.Tseveendash left Mongolia on April 7 to climb Mount Everest for the third time. During the state flag handing ceremony, P.Tsagaan said, “I want to wish luck on your third voyage to climb the roof of the world, Mount Everest. I hope you can raise the Mongolian state flag on Mount Everest, and pray for all Mongolians’ fortune.” Mountaineer B.Tseveendash said, “The pride and fortune of every nation is kept in their state flag. For me, I am leaving for Mount Everest tomorrow (April 7) for the third time. I received the state flag from P.Tsagaan today, and I will not lose Mongolians’ trust.” B.Tseveendash first climbed Mount Everest in 2012. In 2015, he climbed Mount Everest with State Honored Athlete and International Sport Master for mountaineering T.Gurragchaa. His second ascent to Mount Everest was stopped due to a magnitude 7.9 earthquake in Nepal, which killed more than 7,000 people and injured 14,000 on April 25.
SHARE
Share on Facebook
Tweet on Twitter
Previous article Ts.Tsedev-Ochir: We will never give up
Next article Ex-Olympian Gan-Erdene inks Promotional pact