The government, through the Ministry of Labor and Social Welfare, will provide short-term employment training to thousands of young people aged 18 to 24, provide 1 million MNT per person, and plan to spend 11 billion MNT starting April 1. According to the Minister of Labor and Social Welfare A.Ariunzaya, preparations are well underway. She added that there are 43,000 households receiving food stamps. Young people of working age from those households will be invited to this training.

“Rather than providing a profession, it aims to change attitudes, focus on personal development, and prepare them for the job market. The training will be funded by the Employment Fund. The first 500 young people will be accepted on April 1. In the future, thousands more will be involved per month, which will allow them to work on new construction projects. We also placed a job order during the training. That’s how we act as intermediaries,” the minister highlighted.

The public was shocked by the ministry’s decision. People say, “What a generous ministry and government. People have to pay for the training they need to prepare for employment, but the ministry will provide free training and 1 million MNT for each person who enrolls in the training. Is this right? It is looks like a sham but it was reported by the minister.”

This training scheme is part of the government’s 10 trillion USD economic recovery program. The purpose of the training is to “transition from welfare to employment”. In any case, it seems to focus on employment promotion. However, it is doubtful that enrolling many of these young people in training with a million MNT incentive will help young people get the right job, work, earn sufficient income and improve their living standards. The labor minister says that young people will be trained for new construction projects. It is unknown at this time what jobs are on offer.

Let’s say that every 43,000 households that receive food stamps today have a young member aged 18 to 34. If so, when construction companies hire young people for various jobs, if necessary, anyone can find a suitable job according to their profession. But young people won’t want to work if the government gives them free cash.

On the other hand, unemployment of young people is not due to idleness or lack of skills. There are not enough jobs available for them in labor market. More than 40,000 households are listed as extremely poor, but they may be registered as poor in order to receive welfare from the government. There is no detailed study, registration and monitoring on this. If the government continues to provide cash to families, it is likely that those who profess to be in destitute will be more interested in living without work, at least on paper. The ministry should take the initiative and work effectively to investigate distortions in the current data and to find the main area in need of assistance. It is too foolish to initiate projects and programs that expand public welfare based on false notions. From some perspectives, it even looks like a conspiracy of the government and ministry.

Why can it be called a conspiracy? The training will cover 500 young people starting from April 1. In the following, there will be 1,000 more enrolled. By June, they plan to attract more people and give 1 million MNT to each person, according to the minister. The first stage is to be completed just before the presidential election. Another source said that the training would last three years. If so, it will continue until the next parliamentary elections. This seems that the government’s 10 trillion economic recovery program and plan may be linked with election cycles.

The results of this sub-project, called “training”, are not predictable. It is not clear what the benefits will be. It can be described as a conspiracy within the dominant party, government and ministry, where the authorities give themselves the right to spend 500 billion MNT on insubstantial matters. The public is aware of this. It is still being opposed. Many say, “They are preparing for the election.”

Japan researcher D.Tumurbaatar said, “What a rich state! 18 to 34 year olds are people who live independently. However, they will be taught to understand the importance of employment and the reason for paying social insurance contributions, and they will receives scholarship. This is very strange. This is not vocational training. All of this basic knowledge learned at school, work, and while participating in social life. If you give money to teach such things, how will these young people behave in this world that is changing by the hour and minute? ”

Mongolians have already understood the nature of the society they have chosen and know how to live and work in a free market environment. They continue to live in a circle of work, business, income, profit, and affordability, raising their children and looking to the future. It has only suffered from the misdeeds, deceptions and political gains. The biggest losers are those poverty due to lack of jobs and income. Instead of racing to address this problem, which are the main obstacle for the country’s development and the people’s peaceful life, the government is pursuing a policy of pandering to working age young people, trying to buy their vote.

A representative of young artists, ballet star B.Tamir said, “This training is dedicated for me and my generation. But I don’t need such training; I just need to invest in the business I’m thinking of. We have a wonderfully ‘intelligent’ government that initiates this kind of work that is detached from real life.”

Instead of conducting such training, many people are trying to reach out to the authorities through various channels, warning them to not to waste 500 billion MNT on cash handouts in the name of training.

Right now, the people need secure jobs. Many university and vocational training center graduates are unemployed due to lack of available jobs. Knowing the situation in the country, the people will oppose the party, government and ministries that waste public funds.

There is a widespread suspicion, with good reason, that this large amount of money is dedicated to buying votes in the upcoming presidential and parliamentary elections. 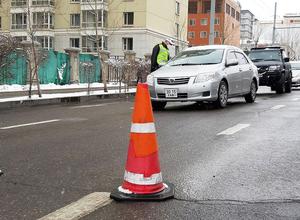