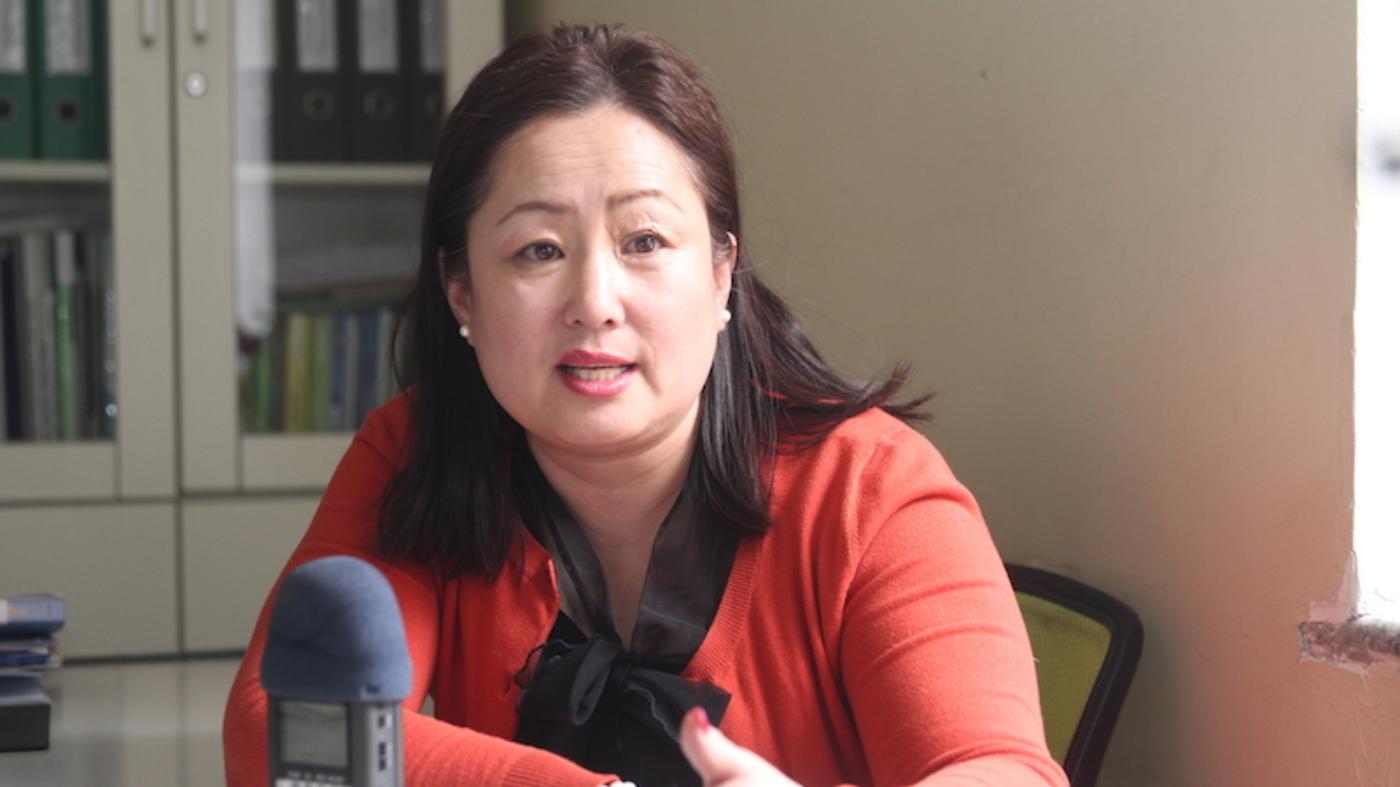 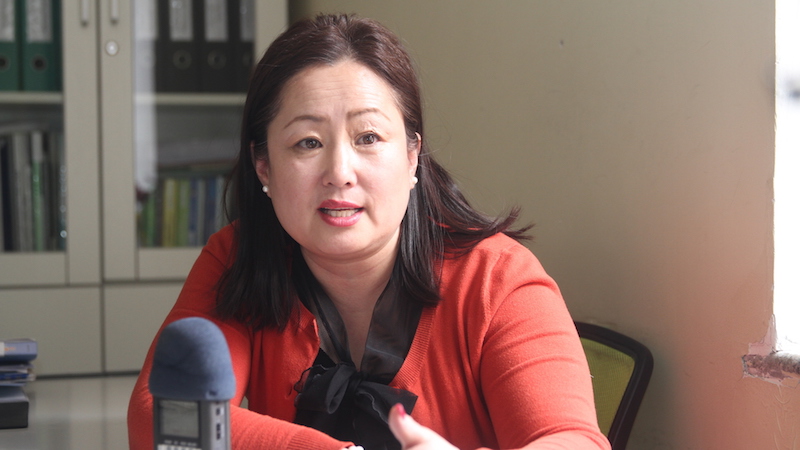 The revised Law on Hygiene became effective on February 29, 2016. The public attention has been drawn to a particular provision in the law, which states, “If caught spitting, disposing nasal discharge or urinating on the street or public area, a 20,000 MNT penalty will be charged”. Although the law has taken effect, these conducts are still being carried out as the law’s enforcement hasn’t been carried out effectively. Officer Sh.Urantssetseg in charge of the Department of Environmental Health Policy Implementation and Coordination at the Ministry of Health and Sports was interviewed about the effectiveness of the revised Law on Hygiene and whether noticeable results were seen in the two months the law has been effective. Even though the Law on Hygiene has been put into effect, associated regulations haven’t been passed. When will they be developed and officially start implementation? The Law on Hygiene became effective throughout Mongolia on February 29. At the moment, the nation is awaiting the law’s regulations to become ready. Documents have been sent to all organizations required to participate in the development of regulations. Currently, a list of over 20 regulations and rules has been made. Thirty percent of necessary regulations have been completed. A draft bill has been made for the first seven to eight regulations. Once all regulations are ready, they will be discussed at a national health research conference, which has been scheduled on May 25 and 26. Afterwards, we’ll proceed to approving the regulations Our department has sent documents related to the Law on Hygiene to the General Agency of Specialized Inspection as well as provincial and district mayors’ offices. In other words, the documents specify important provisions for mayors and their rights and responsibilities. Secondly, documents have been sent to specialized agencies and entities to introduce prohibitions in the law and ensure that they are followed. Has the law shown any results in the last two months? Yes. Outhouses in ger areas will be supervised according to the Law on Hygiene. Within this framework, the standard on outhouses was renewed and are being inforced at national level since February 1, 2016. The old standard only allowed one type of outhouse. As people’s consumption have changed, the types of toilets they use have also changed. Four different types of toilets have been standardized, specifically pit latrine, dry, bio and low-water maintenance outhouses. Districts, soums and khoroo authorities have been given information related to the regulation.

Once pit latrines of households become full, they have to disinfect and bury old pit latrines and choose a new one from the four types of outhouses specified in the standard.

Do households in ger areas have to change their toilets to meet the new standard? They will not be demanded to immediately change their toilets. They will have to gradually make their toilets consistent to the standard in stages. Once pit latrines of households become full, they have to disinfect and bury old pit latrines and choose a new one from the four types of outhouses specified in the standard. Households can postpone this work until their current pit latrines become full. But they are required to change their outhouses when it becomes full to meet standards. People who spit or urinate in public should be fined according to the law but it isn't happening because there isn't a regulation for the new Law on Hygiene. Shouldn’t these conducts be controlled from the day the law becomes effective? The Law on Hygiene has been effective during all this time. The provision stating that a penalty will be imposed on those who spit, dispose nasal discharge, urinate or release anything that pollutes the air in public has been implemented since February 29. Is it true that the Law on Hygiene prohibits nine things? What kind of provisions are they? The law prohibits public disposal of nasal discharge, spitting, urination, and leaving pets’ excretion on streets or public areas. Selling secondary raw material that harm people’s health near public property, area or residence is banned. It’s prohibited to operate open trades without authorization. It’s also not permitted to transport food or any products via unauthorized vehicle. People can’t wash vehicles or sell car parts and oil on the street unless they get permits. Factories and businesses that are potentially harmful to people’s health and the environment must be built outside residential areas. Hospitals for treating communicable diseases and tuberculosis must also be set up away from residential areas. These are the nine provisions.

The difference between the Law on Hygiene and other legislation is that the supervision will not be limited to only government organizations.

Spitting in the street has become a normal scene in Mongolia. People do these conducts whether they are at the city center or market. The public is curious to know who and how this issue will be controlled and supervised. Can the police handle this alone? The difference between the Law on Hygiene and other legislation is that the supervision will not be limited to only government organizations. Apart from government organizations, the rights and responsibilities of nongovernmental organizations have been specified. Secondly, the law states that police departments will fine people caught spitting or disposing nasal mucus on the street. If the public witnesses such conducts, they need to take a photo for evidence and report it to the police and the police will impose a fine of 20,000 MNT. The Law on Hygiene has been effective for nearly two months, but there hasn’t been much improvement. Some people complain that the police isn't fining those who spit in public areas. Why is the enforcement still inadequate? It’s impossible for me to evaluate whether the enforcement is adequate or not. Only police departments and specialized inspection agencies have records of how many people were fined and what kind of measures were taken.

There are three organizations that can hold people accountable for violating the law. They are specialized inspection agencies, mayors, and the police.

Let’s say that a person witnesses a passerby spit on the street. What should that person do? Where should he or she report to? There are three organizations that can hold people accountable for violating the law. They are specialized inspection agencies, mayors, and the police. The details about where to report and address violations to is written in Article 20.1.8 of the Law on Hygiene. It states that one should report to the police if they witness a person spitting, disposing nasal discharge, littering cigarette butts, leaving without cleaning their pet’s excretion or urinating on the street, road and in public areas. In this case, they must take a photograph of the act and then report to the police. The police will investigate and prove that a violation of the law has occurred. According to unofficial statistics, Orkhon Province is doing very well in reporting violators and enforcing the Law on Hygiene. I hear that people who report offenders spitting, urinating or doing other conducts that pollute the environment and streets to the police with photographs to prove the violation are awarded 5,000 MNT. In other words, the police charges 20,000 MNT from offenders and rewards 5,000 MNT to the person who exposed the offender. Residents of Uvurkhangai Province have initiated to partially implement this provision. In the past, violations specified in the old version of the Law on Hygiene were imposed with a penalty ranging from 5,000 MNT to 250,000 MNT. In addition, other penalties included suspension of operation and revocation of license. But the new revised version increased the minimum penalty amount to 50,000 MNT, meaning that the accountability has been increased. The law mandates a volunteer inspector in bars and khoroos to monitor violations. How were khoroo volunteer inspectors chosen? People that will supervise this issue are chosen by soum, baga, district and khoroo mayors. Each mayor can determine the number of people that are to take on the role of health inspectors and the criteria for choosing them. Have khoroo inspectors been chosen? Each baga and khoroo has a person fulfilling that role. For instance, let’s say a person named Bat is Third khoroo’s baga head. A voluntary inspector is to be chosen from 2,000 residents in Third khoroo. Promotion and supervision of the law will be conducted through that person. Nationwide, how many volunteer inspectors are there? In 2015, the Law on Hygiene was introduced to around 180 people from 150 khoroos in connection to the promotion of the law. Another special provision in the law specifies that businesses providing services to the public on the ground floors of apartment buildings are required to get a hygiene and health assessment. Can you clarify on this? Yes, hygiene and health assessments will be made during the planning of residential areas, commissioning of buildings and facilities, expansion, reconstruction and changing of premise use. Changing the premise use includes modification to apartments’ first floor walls and windows for establishing a pharmacy, clinic or a shop. The building was originally built to be used as an apartment, but after an expansion, the purpose of the building is changed for operating a factory or business. A hygiene and health assessment is required to know whether the building can be used for different activities. The building can’t be used to operate a factory or business if the assessment doesn’t conclude that it’s feasible.
SHARE
Share on Facebook
Tweet on Twitter
Previous article O.Tugs-Erdene: My biggest dream is to win medal at 2028 Summer Olympics
Next article Yoshiko Matsumoto: I want to photograph ethnic groups that constituted the ancient Silk Road 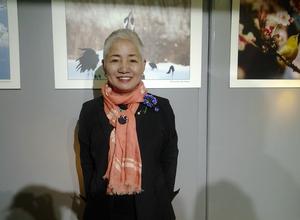 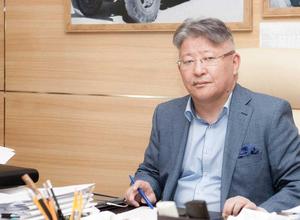