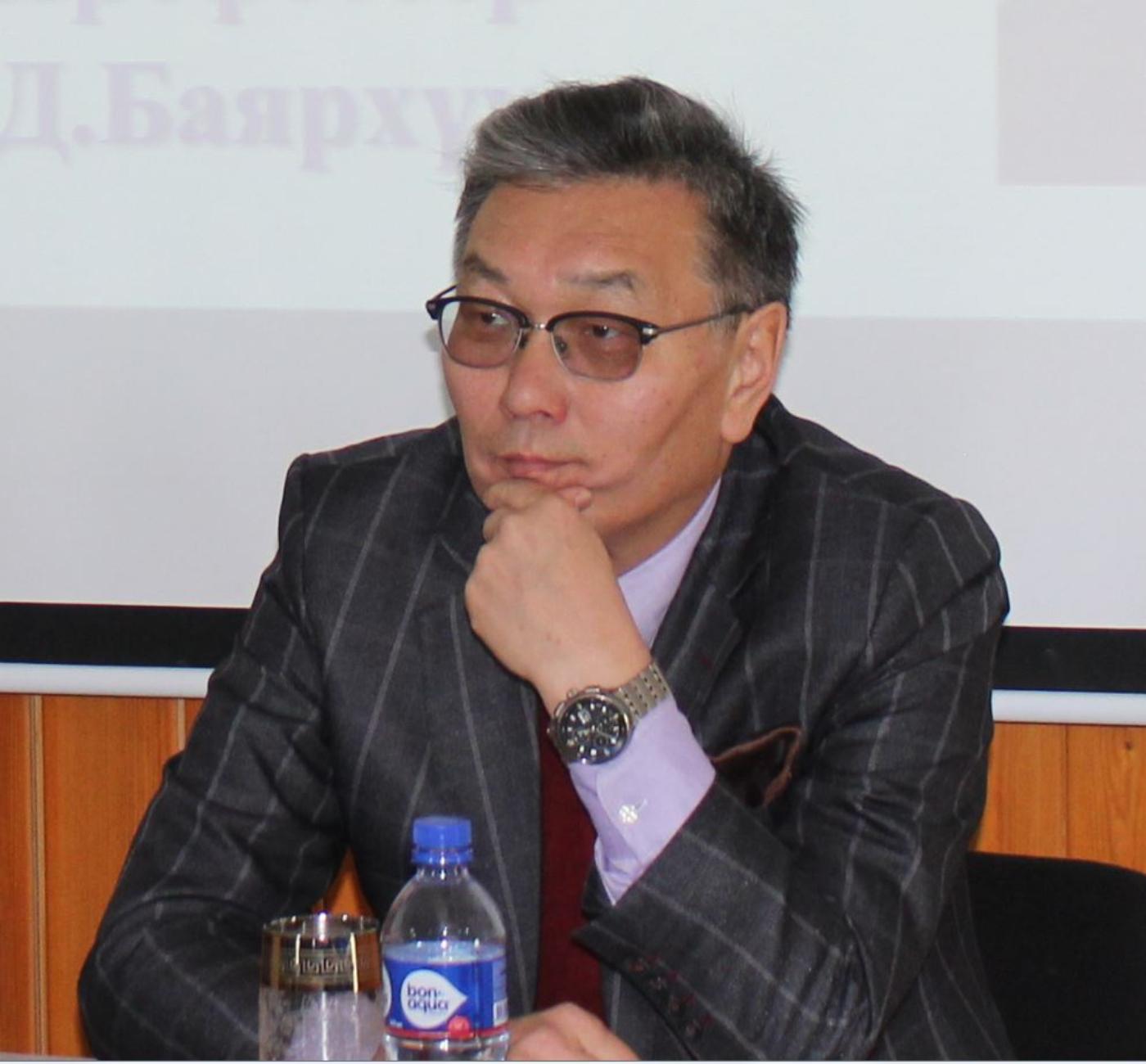 During President Kh.Battulga’s recent visit to the USA, a strategic partnership was declared by Mongolia and the USA, making the USA Mongolia’s fifth strategic partner. International relations researcher and professor D.Bayarkhuu gave an extensive interview to talk about the significance of this partnership.

It’s been over 30 years since Mongolia and the USA established a diplomatic relation. How is the bilateral relation right now?

I don’t think it’s necessary to go through everything that’s happened between the two countries in the last 32 years. It is a large topic to cover in one day. In one sentence, I would have to say that that there’s been a lot of progress in the bilateral relation. It has been continuously advancing, reaching the peak. From now on, the two sides will have to work hard to secure the relations we have achieved.

In relation to the president’s recent visit to the USA, how did Mongolia come to establish a strategic partnership with the USA?

This is a common sight we have been seeing in international relations since the Cold War – especially leading countries in the world declare this type of partnership. In Mongolia’s case, this is a matter concerning slightly over 20 years.

Terms such as “strategic partner” and “third neighbor” were not defined or included in the Foreign Policy Principles and National Security Concept, when they were first adopted. The 1996 government led by the Democratic Union Coalition stated in its action plan that it will strive to develop Mongolia’s ties with the USA as it considers the USA as a key foreign policy anchor and strive to expand ties with Japan to comprehensive partnership. This brought concepts of third neighbor and strategic partner to our foreign policy. If we evaluate the implementation of this foreign policy, by 2000, the USA was considered a third neighbor and the policy was heavily focused on this direction. A comprehensive partnership was developed with Japan and the bilateral ties were strengthened as well.

So that means, these concepts were used since then, right?

I guess so. The new government that came to power in 2000 didn’t change the context or significance of these articles and put forward directions, which stated, “Strengthen the democracy and market system of Mongolia; viewing relations with the US significant to expanding foreign relations, work to further deepen relations and expand cooperation; and further develop and strengthen the comprehensive partnership with Japan”.

Since then-Prime Minister N.Enkhbayar visited the USA in 2001, the bilateral relations surpassed being “significant” and many promotions were made in this direction. Since then, it was clear that Mongolia considered the USA and Japan as key strategic partners and would build its policy for bilateral relations on that. This led Japan and the USA to have similar plans for Mongolia. Mongolia made significant progress in its foreign relations when the country marked the centenary of Mongol Empire (in 2006). For example, in less than 10 years, Mongolia prioritized balanced and active cooperation with the two neighbors and managed to fully achieve its goals. Mongolia’s ties with its two large neighbors advanced to a new phase – it enjoyed traditionally friendly and good-neighborly relations with Russia and good-neighborly and trusty partnership with China.

It was a historic time when Mongolia had settled its large debt to Russia. Mongolia successfully developed friendly relations with its foremost important eastern and western countries, which is a crucial part of the foreign policy, and started to progressively draw in their economic and other real interests to Mongolia.

What kinds of criteria is used to value and define partnerships?

Many indicators such as the numerous high-level state visits from both countries, higher frequency of state visits, matters covered during state visits, previous and ongoing assistances to our country in terms of political economy, finance, humanitarian aid and etc., and agreements on international and regional matters could have proved that the USA and Japan had already became Mongolia’s strategic partners.

Although it wasn’t called a strategic partnership back then, events that could be regarded of strategic importance had occurred. For instance, our country didn’t have a mandate for UN peacekeeping missions in Iraq and Afghanistan but deployed military personnel to US and NATO-led missions anyway.

Our region – the East Asia-Pacific – is regarded as a central focus of American diplomacy and national security policy as it plays a major role in determining the future course of the global economy and prospects for international peace and stability. And so, the USA started to approach Mongolia through policy and quite actively – if I may say so.

I must emphasize that Mongolia’s membership to the Association of Southeast Asian Nations was more of the USA’s interest rather than the other member states’. Since then, Mongolia has been recognized by the USA, Japan and Western Europe as one of the leading nations stably moving to democracy and market economy. These countries supported Mongolia’s democracy and reforms from the beginning as it peaked certain interests.

Why do countries forge strategic partnerships?

Let’s take our two neighbors as an example. The relationship between Russia and China evolved into a “constructive partnership” in 1994. When they made the Joint Declaration on a Multipolar World and the Establishment of a New International Order in 1997, a new terminology called strategic interaction in the 21st century was created. Since then, it has been named strategic partnership, but there hasn’t been a special document made for it.

Between 1992 and 2000, Russia and China established numerous declarations, statements and joint agreements. Merging all of their views, they signed the Treaty of Good-Neighborliness and Friendly Cooperation in 2001 in Moscow.

In the first chapter of the treaty, it states “China and Russia will develop the strategic cooperative partnership based on good-neighborliness, friendship, cooperation and peace in accordance with the principles of mutual respect of each other’s territorial integrity, non-aggression, non-interference in each other’s internal affairs, mutual benefit and peaceful co-existence”.

The recent visit was significant as it showed that Mongolia, a country with relatively small economy located in the heart of Asia, not only managed to partner with the world’s leading nation but even managed to reach strategic relations within a short amount of time.


Do countries have to avoid joining associations and unions that are against their strategic partner’s interests?

Strategic partnerships have rules and order. For example, we need to pay attention to the fact that Mongolia is a comprehensive strategic partner to China and is working to reach this type of relations with Russia.

Strategic partnership is the highest step of bilateral relations and cooperation. Becoming higher than that means reaching alliance level.

Mongolia reformed its foreign policy after democracy with an emphasis on its reluctance to join any military alliance or grouping. Considering this, Mongolia will probably not want to establish relations higher than a strategic partnership. I doubt such a thing will happen. In that sense, our country will probably not take any step that could go against the interests of its partner countries.

Will the new strategic partnership limit Mongolia’s opportunity to join the Shanghai Cooperation Organisation (SCO)? What else can it no longer do?

Because of that, Minister of Foreign Relations D.Tsogtbaatar directly flew from Washington DC to Bangkok and attended the ASEAN Summit. The first thing he did during the summit was to meet with Chinese Foreign Minister Wang Yi and Russian Deputy Foreign Minister Igor Morgulov to explain the declaration made in Washington DC.

In addition, he met with foreign ministers of Japan and India, which demonstrates that Mongolia is committed to keeping good neighborly and friendly relations with its strategic partners.

In other words, Mongolia proved that besides maintaining political trust with its two neighbors, the USA, Japan and India, it is working to ensure mutual trust and comprehensive cooperation in all fields, including economy, business, legal environment, defense and security, environment, culture, education and so forth. Simply put, this was an act to maintain foreign policy balance.

How is becoming strategic partners with the USA beneficial to Mongolia?

Now that such a high-level link has been established, I can’t deny that some people will sit and wait for the USA to give billions of USD, gifts, and monetary aid. We have internal populism that thrive on this type of desire.

Strategic partnership can’t be valued with money. It is the foundation to deepen mutual trust and cooperation. It’s wrong to demand economic yield immediately. Chief of Staff of the President’s Office Z.Enkhbold had accurately explained the president’s policy. He said, “Presidents before current President Kh.Battulga all talked about mining. The reason we are discussing knitted and sewn products and cashmere tax now is that the economy needs to be diversified as mining is not creating enough jobs. This is why the Mongolia Third Neighbor Trade Act, or tax issue, has been on the top of the list for all meetings.”

According to him, it is an important topic that could create jobs for 200,000 families engaged in agriculture.

Many people evaluated that the president’s visit brought results exceeding expectations. As an international relations researcher, how would you assess it?

I guess it demonstrated that President Kh.Battulga is an excellent diplomat and politician who has a good grasp of current events and situation. Nobody – not even foreign observers or local observers – expected him to suddenly make such a sharp turn toward third neighbor when he was primarily focused on our two neighboring countries.

(Mongolia) is able to work on par with global progress. Mongolian diplomats made this possible. The recent visit was significant as it showed that Mongolia, a country with relatively small economy located in the heart of Asia, not only managed to partner with the world’s leading nation but even managed to reach strategic relations within a short amount of time. 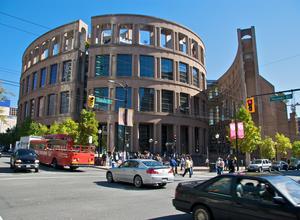