According to Director of Erdenes Silver Resources T.Munkhbayar, the current estimated reserves at Salkhit mine can be increased two to threefold through drilling and mountaintop removal mining. He added that the company is planning to expand the refiner and increase the capacity of its ore processing plant to 600,000 tons per year. Once these works are completed, Erdenes Silver will expand its quality monitoring laboratory and connect a power line from Mandalgovi city to enhance electricity supply to plants.

After overseeing the mine operations, Minister G.Yondon underlined the need to provide support and professional consulting to the company so that it can have the Professional Mineral Resources Council approve the additional reserves, conduct a feasibility study and increase the capacity of the concentrator.

“We can’t have the ministry and contractor stating different amount of reserves. Therefore, we must work closely together to be on the same page and become successful. Also, (the company) needs to carefully select the equipment for the new processing factory, increase participation of professionals and specialists, and fully utilize their skills and knowledge. ”

Situated in Gurvansaikhan soum of Dundgovi Province, the Salkhit silver and gold mine has confirmed reserves of 2.92 million tons and is capable of producing 600,000 tons of ore annually. Erdenes Silver plans to sell 200,000 tons of ore from Salkhit this year and so far, 100,000 tons of silver ore have been sold for 31.7 billion MNT. As a result, the company has fully repaid financing loan of Erdenes Mongol and is capable of operating on its own, according to officials.

A camp consisting of six parts is under construction to accommodate around 300 employees and is currently at 60 percent completion rate.

Shivee Ovoo is currently operating with less than 14 machinery though it planned to use 20 machinery. Shivee Ovoo JSC representatives noted that they are facing delays in soil stripping due to failures in machinery and equipment.

The company’s Executive Director T.Enkhtuvshin said, “The price of a ton of coal has been raised by 2,000 MNT to 29,060 MNT. Loss per ton of coal has become 3,843 MNT, but a shortage of capital is expected for doing technical reform.” He urged to have costs and selling prices at the same range to cut back on losses and complete the technical reform.

The minister advised the company to seek new ways to resolve its debt problem.

“Mining is a sector for professional people who are devoted to their work. Starting from granting bonuses to drivers who don’t damage their machinery, trucks and parts, Shivee Ovoo can work with higher productivity by cutting costs from sections and units. When it comes to cutting back on costs, I’m not talking about reducing funding for social welfare or wage – it should start from conserving energy and technical costs,” said G.Yondon, adding that the company should present a proposal for cutting costs in two weeks.

The minister recommended Shivee Ovoo to extend the wagon loading railway track by 5.7 kilometers and build a new coal loading area as well as storage.

In relation to Amgalan Thermal Power Plant’s expansion, Shivee Ovoo estimates coal production to surge by 300,000 tons per year from 2021. The Ministry of Finance allotted 20 million USD in loans to both Shivee Ovoo and Baganuur in 2018. These loans were sourced with a loan from the Japan Bank for International Cooperation but once Amgalan’s expansion is finished, the company believes it will be able to fully repay the loan.

Around 60 percent of Shivee Ovoo’s winter preparation has been completed.

Baganuur JSC is progressively upgrading its equipment and machinery but 63 percent of them are still outdated, same as Shivee Ovoo. The company requested the ministry to raise coal prices and provide a loan of 25 billion MNT to complete winter preparations, renew equipment and improve operations.

The company requested the Energy Regulatory Commission to increase coal prices and is pending approval. Without a price increase, the company’s revenue could decline by 5.9 billion MNT, according to Executive Director E.Nominchuluun.

“To reduce Baganuur mine’s costs, it is necessary to adjust working hours and increase technical operations. It’s time to widely utilize intellectual properties of engineers in mining. Don’t just wait for government support but try to work with better management,” the minister advised. He also instructed the company to submit a realistic plan for cutting costs.

With the investment of 24.8 million USD from the Japan Bank for International Cooperation, the company plans to finance the technical reform in two tranches. The first tranche has announced tenders for the purchase of soil and coal trucks, an excavator, two crawler bulldozers and repair machinery. 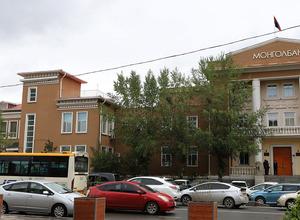 Repo and 1% cut to policy rate announced to ease lending 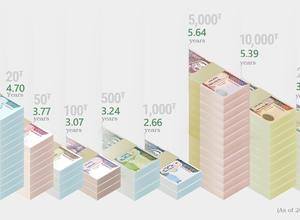