Parliament has begun re­vi­ewing the draft state bud­get for 2021, which projected fiscal deficit at 2.15 trillion MNT or 5.1 percent of GDP. From non-urgent projects to unequal local budget distribution, many of the things included in the new state budget is sparking controversy among the public.

At a glance, the new state budget is practically the same as the previous one. Some people even jested that the Ministry of Finance submitted the wrong do­cument. Similar to the previous state budget, the new draft has projected the equilibrated fiscal revenue at 11.8 trillion MNT (27.9 percent of GDP) and expenditure at 13.95 trillion MNT (30 percent of GDP), with a deficit of 2.15 trillion MNT. The fiscal deficit has been lowered by 2.6 trillion MNT compared to the 2020 state budget, which underwent heavy revision due to unexpected expenses that snowballed with the outbreak of the COVID-19 pandemic.
The deficit shouldn’t be a huge problem if the pandemic subsides as most hope for it to.

“I don’t think we should worry about the fiscal debt too much. Mongolia has two large policies aimed to support economic gro­wth – monetary and financial poli­cies. If we look at statistics of previous months, we can see that money supply increased. The monetary policy rate has also been lowered to 8 percent. Financial procedures and regulations have been revised to provide economic support,” said economist Ch.Khash­chulun. “Next year, the government plans to cut down social insurance premium and support the economy by expan­ding fiscal expenditure. This will be done through investment and children’s money or household financial support.”

•   Social insurance premium to be cut down to 17%

Mongolia exempted taxpayers from social insurance premium from April 1 to September 30 due to the COVID-19 pandemic. From October to December, the amount of social insurance premium paid by employers and individuals has been lowered to 5 percent each but starting January 1, 2021, the rate will be reverted to 22 percent in total. The government plans to further cut down burdens of the premium by lowering it to 17 percent next year.

Though these decisions will become tangible support for struggling families amid the pandemic, experts fear it will increase fiscal spending and inflation.

The draft state budget projects coal export to reach 42 million tons next year, 2 million tons more than the expectation for 2020. While many economists are saying this isn’t realistic, others view that it’s possible as Mongolia’s coal export has almost returned to normal with the adoption of the Green Gate regime with China, as well as China’s halt on Australian coal imports.

In September, Mongolia shipped 3.89 million tons of coking coal to China, almost twice as much as those shipped by Australia, and secured its position as the leading coking coal supplier of China. However, total coal exports declined 30 percent year-on-year to 19.8 million tons in the first nine months of the year.

•   Mining revenue to make up 26 percent of fiscal revenue

With upgraded customs services, the government expects mining revenue to reach a record-high of 3.4 trillion MNT next year, accounting for 26 percent of total fiscal revenue.

By launching Digital Teacher Development Program next year, the government plans to allocate bonuses to teachers based on performance.

•   Students of only top 10 universities to qualify for loans

All 93 universities and colleges in Mongolia will be ranked by education quality and the Education Loan Fund will issue loans to students studying only in the top 10 ranked institutions. Government scholarships will be provided to students majoring in highly essential professions, according to the draft.

OVER 600 ONGOING PROJECTS TO RESUME NEXT YEAR

The new state budget has budgeted 3.5 trillion MNT for investments. Though the breakdown of 1.9 trillion MNT hasn’t been revealed yet, the draft shows 1,036 projects will be carried out with 1.6 trillion MNT. This includes repayment of 224.8 billion MNT in concessional loans for five projects that were carried out under build-and-transfer terms.

While the government plans to complete 647 ongoing programs and projects next year, it will launch 389 new ones. Of course, it’s indispensable to complete unfinished work, but the list of new projects need to be reviewed as a number of non-essential items are included. For instance, the draft state budget includes projects to construct a youth palace, seniors’ hall and dormitories in soums and provinces, which can be pushed back or reconsidered. Instead of these facilities, the budget should be allotted to more urgent and essential projects such as those that will support businesses, help safeguard jobs and stimulate the economy since COVID-19 impacts continue to drag down the economy. The government needs to be reminded that the national debt worsens as fiscal investment increases and that cutting spending on nonessentials is imperative with the world economy now in crisis due to the pandemic.

Many economists have been prompting the government to conduct an analysis of projects financed by the state budget, explaining that it would elevate the efficiency of future budget planning.

A recent statistic indicates that with fiscal investment, the government implemented development projects and measures worth 5.94 trillion MNT from 2016 to 2020. Of this amount, 3.91 trillion MNT was reportedly spent between 2016 and 2019. The statistic also shows that projects worth 1.65 trillion MNT were approved for 2020, but they’re currently recording 52.4 percent completion rate when less than three months remain. This suggests delays to implementation of projects, which will require them to be resumed next year. The aforementioned 647 old projects planned for next year require 1.24 trillion MNT, according to the draft 2021 state budget. The pandemic became an unforeseen obstacle this year but we all know that numerous government-funded projects have been prolonged for years due to financial and management issues. With a comprehensive analysis of state funded projects, the government could improve project implementation and cut down costs, as noted by experts on numerous occasions. However, legislators continue to block their ears to such suggestions.

7% OF FISCAL INVESTMENT ALLOCATED TO 2 PROVINCES

Controversy is arising among the public over the state budget investment allocation for provinces and districts. In particular, the local budgeting has been centralized to Khentii and Bayankhongor provinces, which are home lands of the top three state officials of Mongolia.

According to the draft 2021 state budget, 29 percent of total investments will go to Ulaanbaatar, where half of the total national population live, and the rest to the remaining 21 provinces. Compared to Mongolia’s population, the average investment per capita should be 470,000 MNT. However, the draft includes 90 projects worth 125.8 billion MNT in Khentii and 29 projects in Bayankhongor. When compared to the province’s population, Khentii is getting an investment of 1.6 million MNT per capita and Bayankhongor 1.4 million MNT per capita, which is three times more than the average.

On the other hand, investment of around 100,000 MNT per capita has been budgeted for Selenge and Bulgan provinces, and Sukhbaatar, Bayangol and Bayanzurkh districts.

•    1 billion MNT to build a sports complex in Dadal soum.

•    1.5 billion MNT to build the general office of agencies affiliated to the Ministry of Environment and Tourism in Kherlen        soum.

•    30 billion MNT to resume the 219 billion MNT project to build 126.7-kilometer road between Bayankhongor and Altai.

Seeing these lists, many are speculating that the state budget, especially investment allocation, has been influenced by politics. They’re prompting the government to omit some of these projects, especially those for sports complexes and nursing homes, that can be executed when the economy recovers and impacts of COVID-19 subsides.

The 2021 state budget is still under Parliament review and the public is strongly calling on the government to ensure fair and equal distribution of the state budget and better manage government-funded projects in order to cut down unnecessary expenses and fiscal deficit. 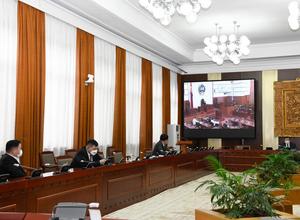 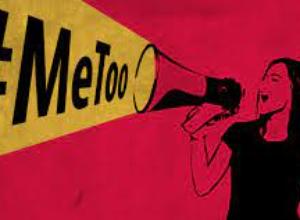